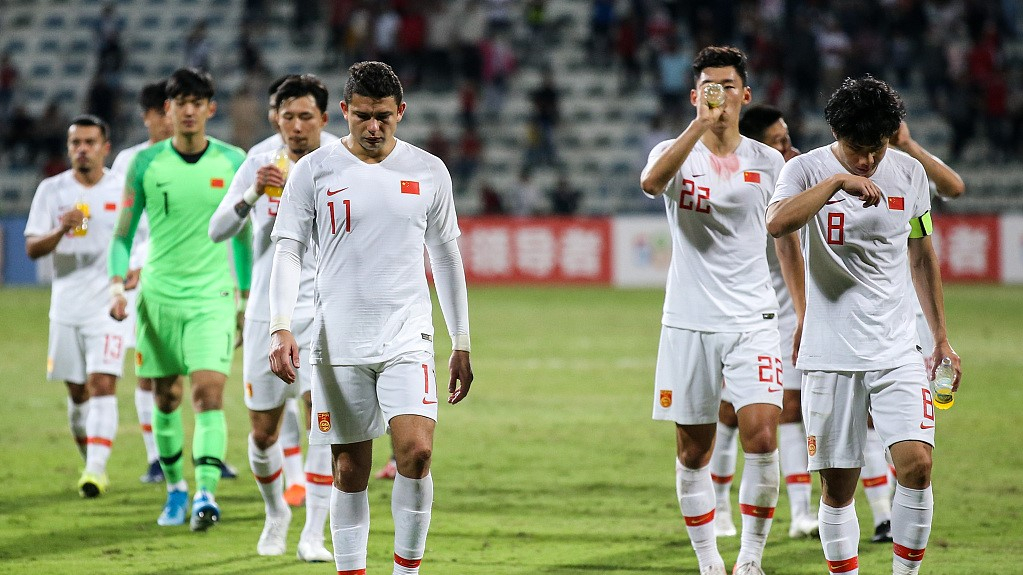 Players of China leave the field after their 2-1 loss to Syria in Group A in the 2022 FIFA World Cup qualification, AFC in Dubai, the United Arab Emirates, November 14, 2019. (Photo: VCG)

BEIJING, April 6 (Xinhua) -- China's men's football team has ended its 14-day medical quarantine on Monday after all the players tested negative for COVID-19.

The 25-man squad, which concluded their overseas training camp in Dubai, the United Arab Emirates and returned back to Sanya, China's Hainan Province on March 23, followed the requirements of the local epidemic control department to self-isolate at a hotel upon their arrival.

"Our Team had COVID-19 tests right upon arrival in Sanya, and the results were all negative. We had coronavirus tests again on Sunday before the end of the 14-day quarantine, which showed the same results," Team China said in a post on its social media account.

"All the players will return back to their clubs," added the statement.

Many Chinese Super League sides have already begun pre-season training behind closed doors, despite not knowing when the postponed new season will start.

The Chinese Football Association also noted that they will base their future training schedule decisions on the national epidemic control policy, after FIFA postponed all Asian 2022 World Cup qualifiers originally set in March and June.