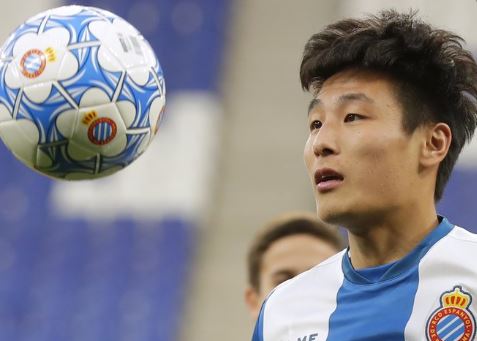 An unnamed Chinese international told Shanghai-based Oriental Sports Daily that it never occurred to them that Wu, who plays with La Liga strugglers Espanyol, would be inflected with the coronavirus.

"We thought football players are not so susceptible to this virus as we are young and healthy with better immunity," he said.

"But even Wu contracted it, it was really frightening," he said.

"We are not so concerned about him now after he told us he was ok, and he seemed to have recovered well seen from a video," he added.

The Chinese team is training in isolation in the Southern Chinese city of Sanya after flying back to China on Monday from a training camp in Dubai, the United Arab Emirates.

Wu, instead joining the team for the training camp, chose to stay in Barcelona.

After he was confirmed to have tested positive for COVID-19 by the Chinese Football Association last Saturday, the 28-year-old player appeared on a video smiling and saying he was recovering well.