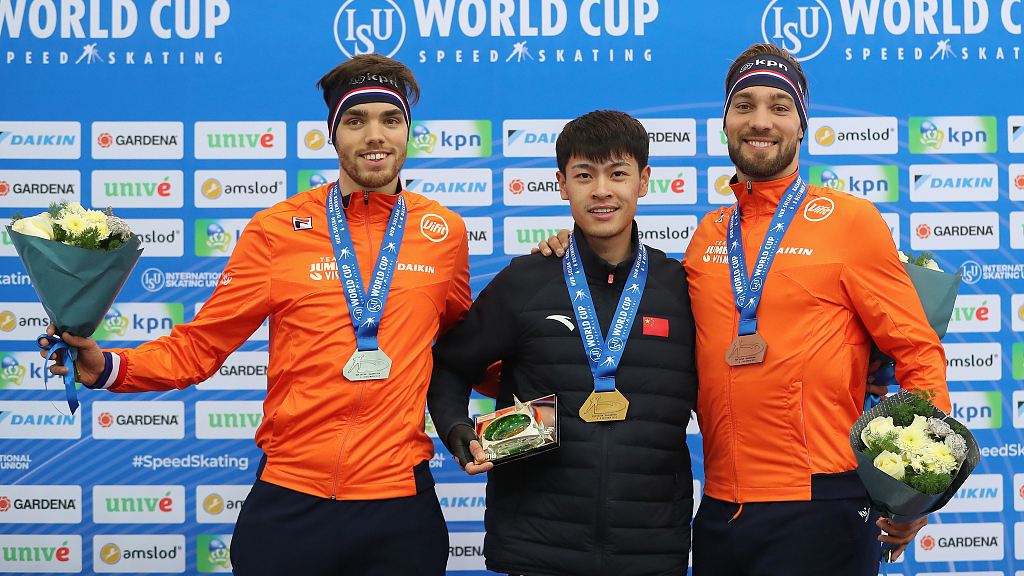 20-year-old Chinese Ning Zhongyan won the men's 1,500 meters in the ongoing ISU Speed Skating World Cup in Nur-Sultan in Kazakhstan on Sunday. The ace Chinese skater also set a track record to become the first Chinese male to win gold in this distance at the world cup.

Ning was paired with the reigning Olympic champion in the 1,500 meters, Kjeld Nuis of the Netherlands. He was in the outside lane and got off to a great start. The young Chinese maintained his pace and after 700 meters, Ning began to speed up, leaving the decorated Dutchman in his wake. Ning eventually went on to cross the finish line in a time of one minute, 44.918 seconds to set a new track record and claim the gold medal. Patrick Roest of the Netherlands won silver while Nuis took the bronze in the thrilling race.

Incidentally, the promising Chinese skater claimed silver in the men's 1,000m event at the International Skating Union Speed Skating World Cup in Minsk, Belarus in last month after making a breakthrough for the country's speed skating team. Ning's silver-winning performance made history for his country at that time as no Chinese athlete before him won a medal in the same event at the World Cup arena in recent decades.

Way back in 1994, China's Liu Hongbo made it to the 1,000m event in the Lillehammer Winter Olympics but came in fourth.