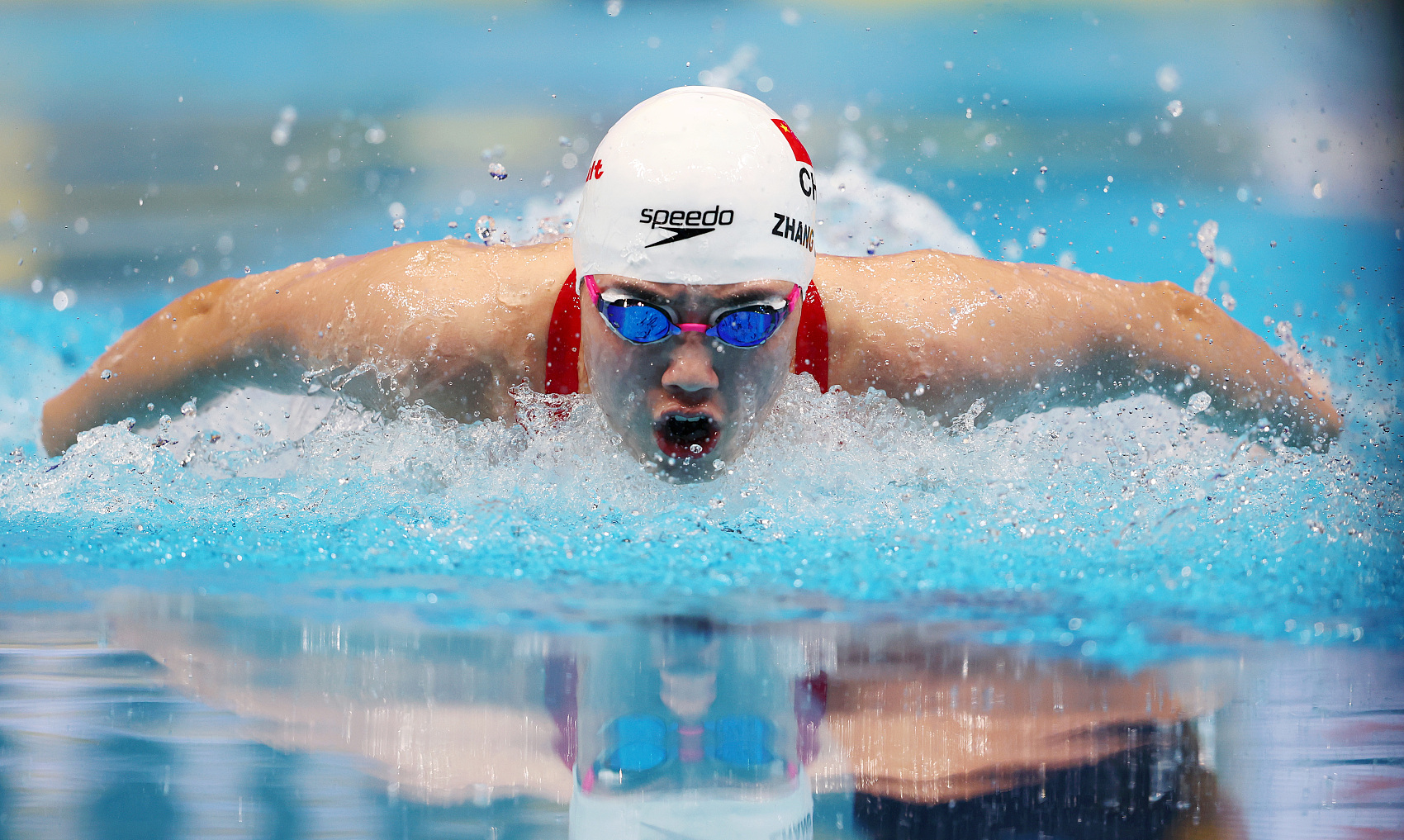 On the second competition day at Abu Dhabi, Zhang finished the final first in two minutes and 3.01 seconds, followed by American Charlotte Hook and Lana Pudar from Bosnia and Herzegovina, who both touched the wall more than one second later.

"The gold medal is just what I have expected. Actually I was thinking about breaking the world record. If I were in the good form as I had been in at the Tokyo Olympic Games, it would be possible. However, I took a rest after the Olympics and now I feel a little bit disappointed about the result," said the 23-year-old.

Zhang's result is 3.40 seconds behind Spaniard Mireia Belmonte's world record from 2014, which is still the only sub-two minute performance in the event.

In the men's 200m freestyle, the 18-year-old South Korean Hwang Sunwoo repeated his compatriot Park Taehwan's victory in the event five years ago, winning the hard-fought race in 1:41.60.

Russia's Aleksandr Shchegolev was only 0.03 behind Hwang and Danas Rapsys from Lithuania came third in 1:41.73.

Ilya Shymanovich of Belarus broke the Championships record in the men's breaststroke in 55.70 seconds.

Louise Hansson did not only triumph in the women's 100m backstroke in 55.20 seconds but also grabbed the gold in the women's 4x50m medley relay as Sweden finished the race with a time of one minute and 42.38 seconds, equalling the world record set by the United States three years ago.