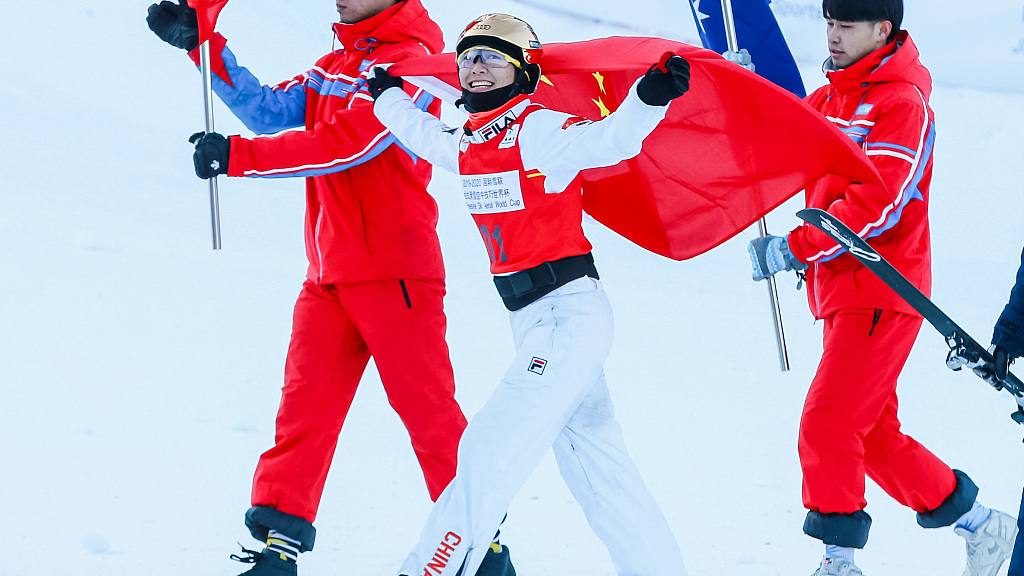 Two-time world champion Qi scored 130.77 points with a routine that got 4.525 on difficulty, after the hosts performed strongly and sent four skiers into the six-slot men's final second round.

His compatriot and the Olympic runner-up at the 2018 PyeongChang Winter Games, Jia Zongyang, took second place with a score of 125.67. Swiss Noe Roth took the bronze.

"After the PyeongChang Winter Olympics, I took a season off to get some rest," Qi, 29, said after the competition.

"I'm lucky to win over so many high-level competitors here. And I need to keep in good shape, both physically and mentally, trying to adjust to my best form for the Beijing 2022 Winter Games," he added.

On the women's side, China's star skier Xu Mengtao, who lifted a World Cup trophy last season, stumbled in qualifying, ranking only 12th, but came out the runaway winner on 105.53 points after performing a triple kicker in the last two rounds.

"I tried a lot to improve both the quality and difficulty of my triple kicker during the summer training and I'm very happy to made it here today. I'll continue practising on the routine in the coming competitions," she said.

Aliaksandra Ramanouskaya from Belarus claimed the silver with 93.44 points and Australian Laura Peel was third.

A total of 44 athletes from nine countries, including China, Russia, Kazakhstan, Belarus, Switzerland and Canada, participated in the tournament.