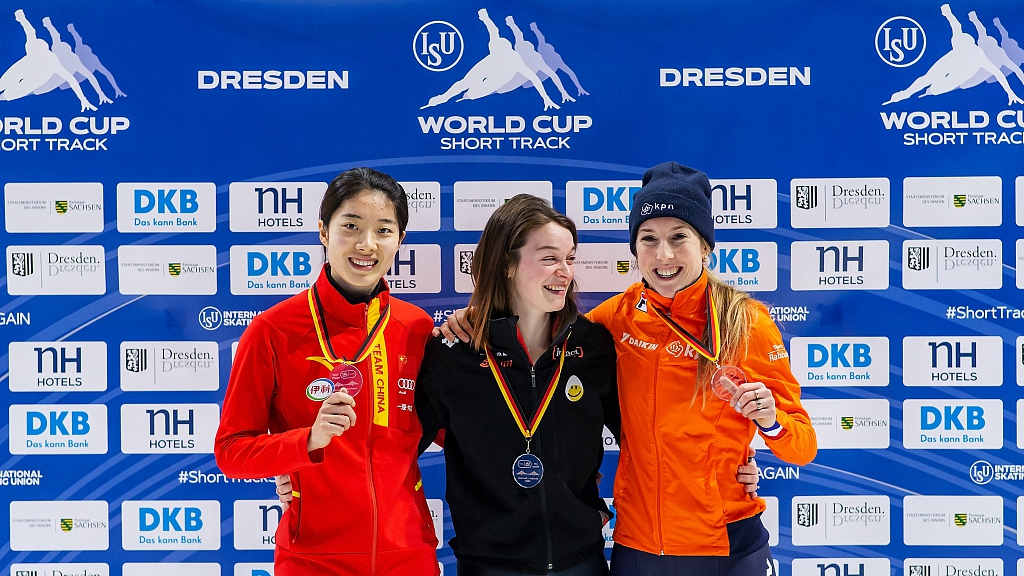 Qu won her first silver in women's 500 meters event and then captured her second in 3,000 meters relay, both on Sunday.

Earlier, the women's 500 meters saw China's Fan Kexin being overtaken late by South Korea's Choi Min-Jeong, and was only able to qualify for the B final.

That left Qu to carry on in the main event, after removing the mask she was wearing to show solidarity with Wuhan, encouraging people to fight against the coronavirus.

The 23-year-old from Qiqihar, northeast China's Heilongjiang province, stayed close, but couldn't get past Canada's Kim Boutin, who won her fifth gold of the season in 42.328 seconds. Qu had to settle for a silver medal in 42.411 seconds. 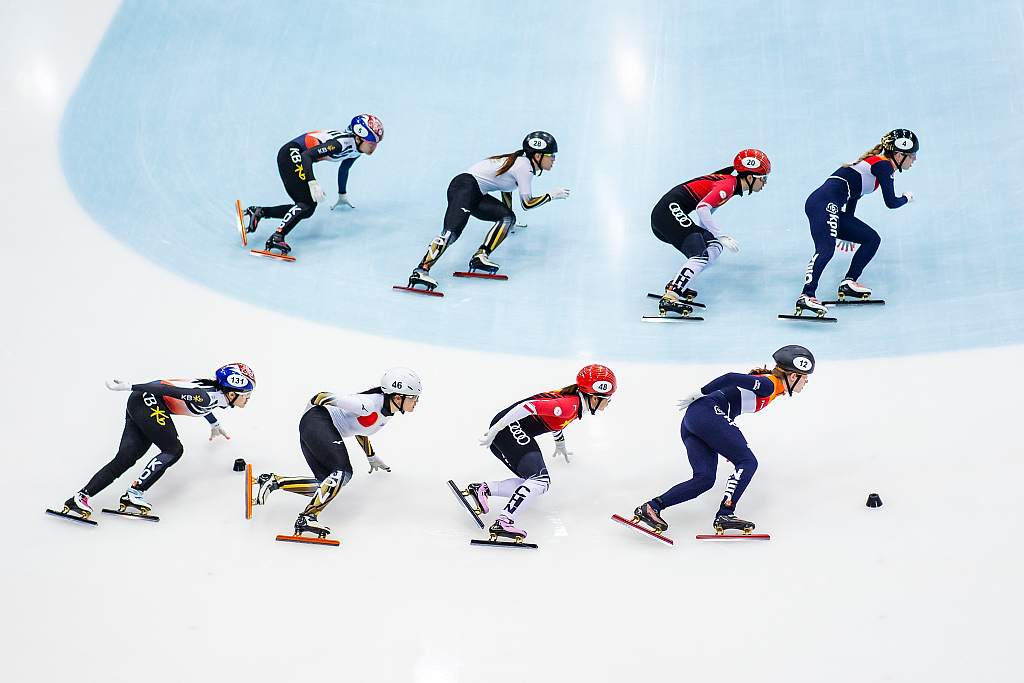 Meanwhile, Qu and Fan also joined Han Yutong and Zhang Yuting in the women's 3,000 meter relay. The Chinese foursome went up against South Korea, Japan, and the Netherlands in the final. The Dutch skaters, however, led throughout the race, and won in four minutes 6.669 seconds.

China followed the winners in four minutes 6.813 seconds, despite Qu taking an early tumble while trying to make a move from the inside of the track.

That incident relegated South Korea to fourth while Japan completed the podium with bronze behind the Netherlands and China. 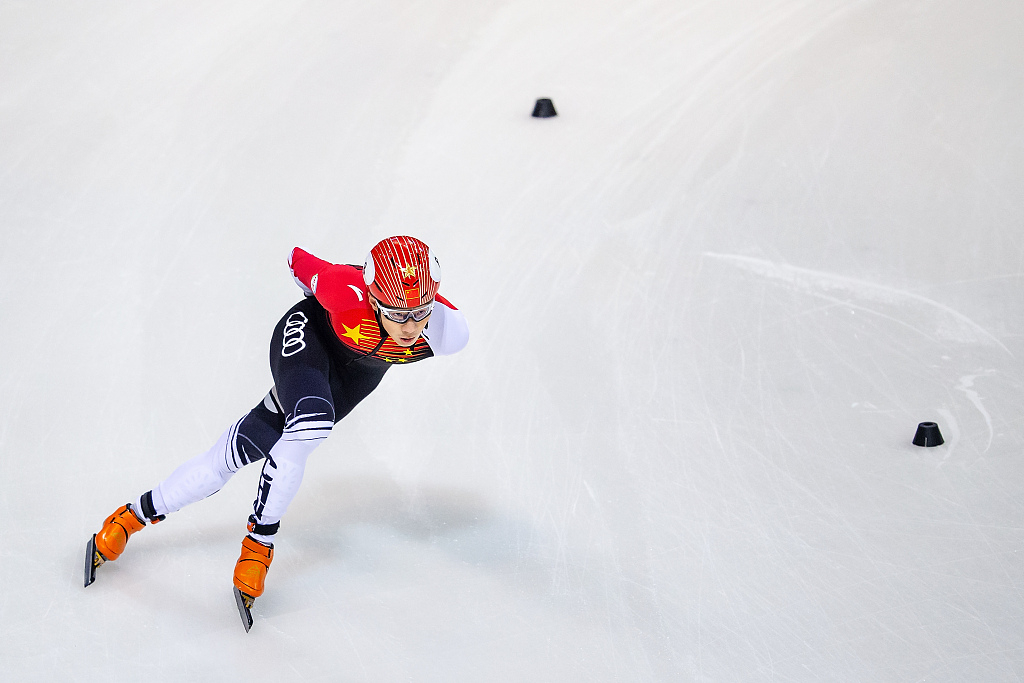 Ren Ziwei of China competes in the speed skating men's 1,500 meters on his way to win a gold medal at the ISU Short Track World Cup in Dresden, Germany, February 8, 2020.

On the men's side, Olympic champion Wu Dajing failed to reach the 500 meter final, after going too wide on the last turn of the race. Later, he led his team to the 5,000 meters relay final where Team China finished fourth as South Korea claimed the title.

Qu's glory added into Team China's medal table, which concluded the weekend with another gold and bronze. 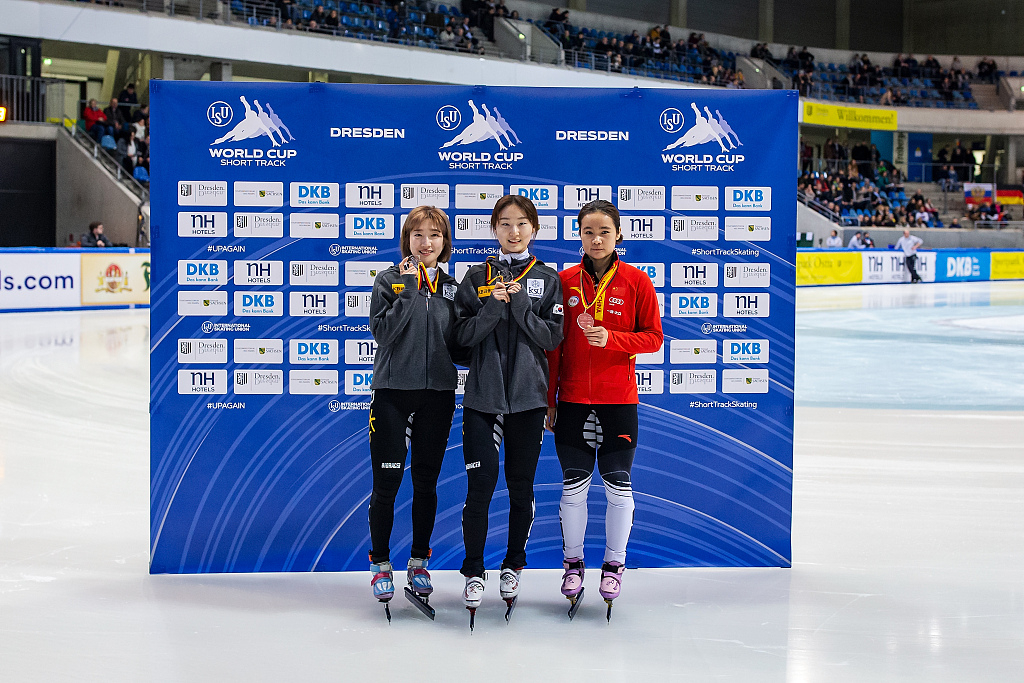 Canada and the Netherlands each claimed two titles. The next ISU Short Track World Cup, the final stop of the season, will be held in Dordrecht, the Netherlands between February 14 and 16.