Chinese table tennis chief Liu Guoliang has been tasked with promoting the sport on a global level, as World Table Tennis (WTT) named the former Olympic champion as its new head. 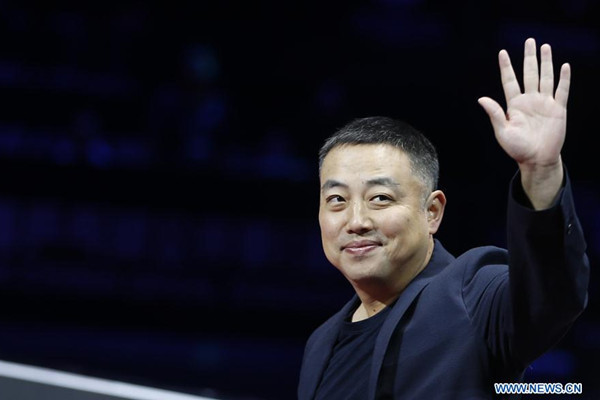 "World Table Tennis (WTT) is honored to announce that Mr. Liu Guoliang, President of the Chinese Table Tennis Association (CTTA), will take the position as Chair of the newly formed WTT Council, for the purpose of taking the overall leadership and pioneering the future of table tennis," said a WTT statement.

WTT was set up by the ITTF in August 2019 with the aim of modernizing its commercial business activities and helping table tennis to compete with the world's highest-profile sports.

"WTT Council will ensure the healthy development of WTT and be at the helm of the future development of the sport," said the statement. "Thus a true leader of the industry is needed to take the position and embark the journey towards a brighter future."

"Mr. Liu Guoliang is an extremely well-respected leader within the world table tennis community, with perfect caliber and the richest of career achievements," added the statement.

After a stellar playing career, in which he won Olympic and World Championship gold medals, Liu has since overseen serial success as head coach of the Chinese national team and as CTTA President.

"We believe that following his steps, the world table tennis community will strive for a common goal, fueling the WTT Council as well as our sport to the next level," said WTT.

Liu promised to make table tennis a leading sport on the globe.

"Table tennis has enriched my life in so many ways and I have dedicated my life to this sport over many years," said the 44-year-old. "Therefore, I am immensely proud and honored to have the opportunity to lead the WTT Council and help to make table tennis one of the leading sports in the world."

ITTF Deputy President Khalil Al-Mohannadi hailed Liu "an undisputed table tennis legend for what he has achieved both as a player, a coach and as the chief of the world's leading national association."

"His CV speaks for itself and we firmly believe that he is the perfect man to help deliver success to WTT and to table tennis for many years to come," said Al-Mohannadi, also a WTT Board member.

ITTF CEO and WTT Director Steve Dainton admitted that the WTT would take advantage of Liu's influence to promote table tennis in the world.

"For the success of WTT and table tennis as a whole, it is imperative that we have people of the highest order actively involved in shaping the future of our sport," said Dainton.

"The fact that Liu Guoliang is the most influential figure in table tennis, not only in China but around the globe, positions him perfectly as Chair of the WTT Council."

"We certainly hope to take advantage of his reputation and influence for the global promotion of table tennis, and make it especially appealing to the younger generations."

"The whole sports industry is in the shadow of the pandemic, and we place our hope in Liu Guoliang to spark the future of our sport. This appointment is fantastic news for the entire table tennis family," added Dainton.

The WTT Council will be the representative and governing body of WTT towards the public and the market. It serves to represent the views of all key table tennis participants in the world and ensure that everyone's voice is heard and that everyone is on the journey together, according to the WTT statement.

The remaining members of the WTT Council will be announced shortly, said the statement.