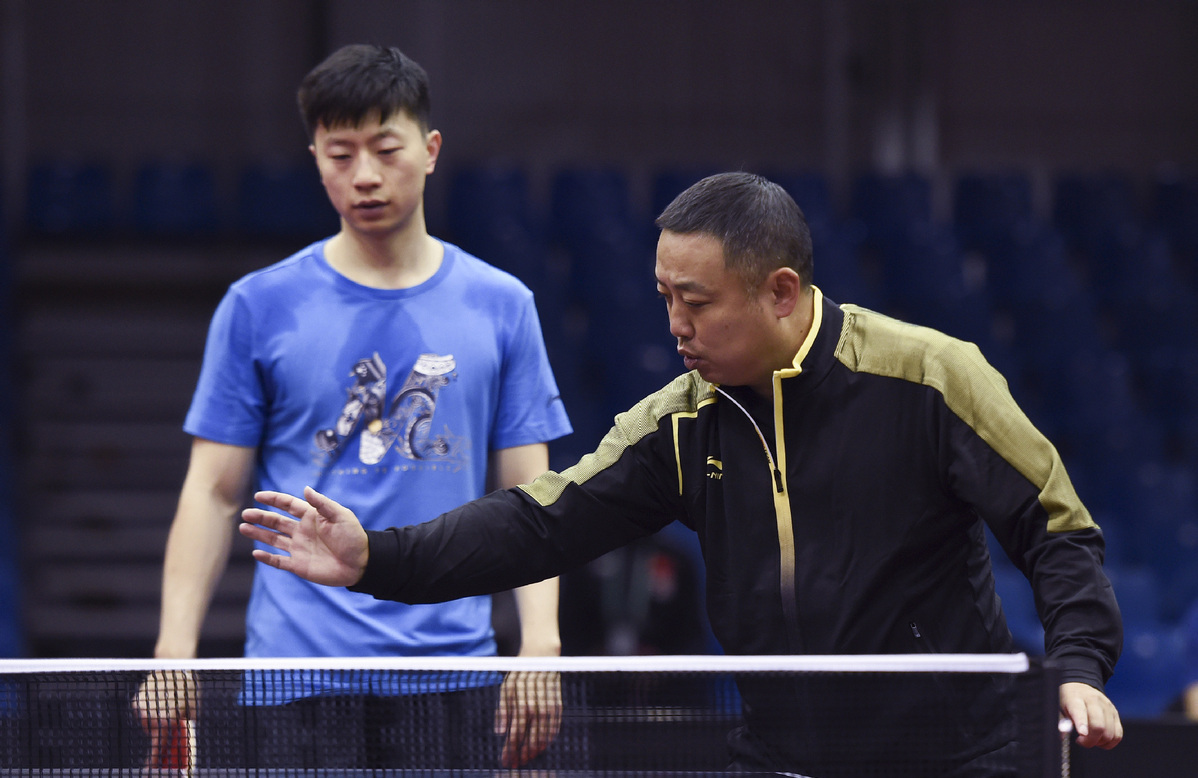 Liu, who had achieved a Grand Slam of Olympic, World Cup and World Championship wins during his playing career, attended an online live broadcast on Tuesday along with Ma Long and Ding Ning, also Grand Slam winners.

Liu said that while the postponement of the Tokyo Olympics is a scenario that every team has to face, players may encounter different challenges during preparation for the delayed Games.

"Veterans like Ma and Ding need to work on communication and mental adjustment. A positive mentality may benefit them in recovering from injuries and maintaining good form."

"For young athletes, they have seen bigger hope and potential, and a lot of changes can take place over the next year," Liu noted.

Liu would rather see the postponement of the Games from a positive standpoint himself.

"A one-year postponement of the Tokyo Olympics means that we are one year closer to the Paris Olympics in 2024. Think of it in a positive way, you can take it as a chance of competing at two Olympic Games in three years."