Chinese women's tennis ace Wang Qiang announced on Saturday that she will skip Wimbledon Championships and other grass events to focus on preparing for the Tokyo Olympics. 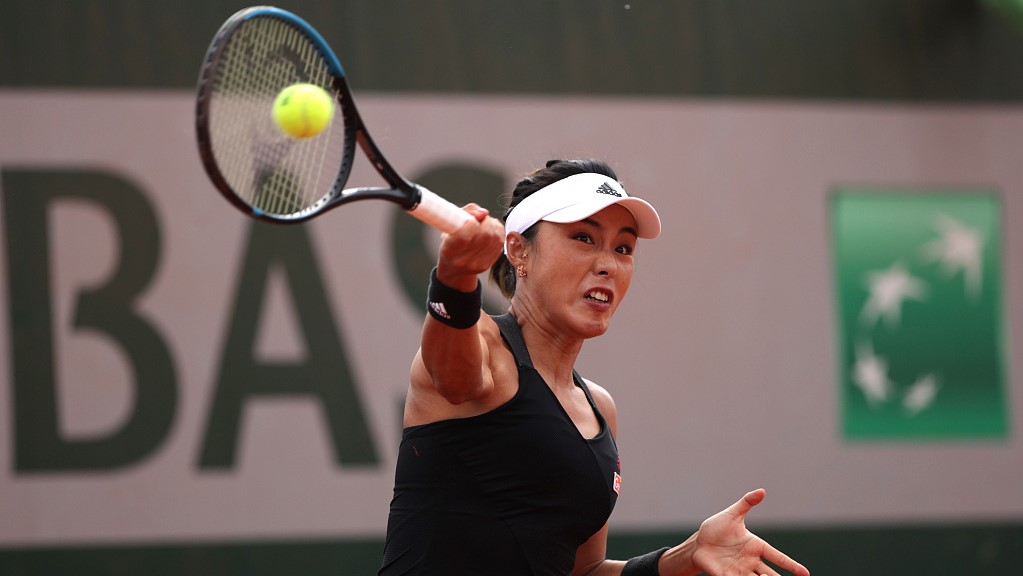 Wang Qiang of China plays a forehand in the French Open women's singles second-round match against Cori Gauff of the U.S. at Roland Garros in Paris, France, June 3, 2021. (Photo: CFP)

"Out of the consideration of the pandemic quarantine protocol and Chinese National Team schedule, I'm sorry to announce that I decided to withdraw from the rest of the grass season including the Wimbledon Championship and come back home to China preparing for the Tokyo Olympic Games with the National Team," posted Wang on Weibo.

"Representing my country as an athlete in the Olympic Games is the honor of honors," added Wang.

This will be the second straight time Wang will miss Wimbledon. The Grand Slam event was cancelled last year because of the COVID-19 pandemic. Back in 2019, Wang reached the third round before losing to Elise Mertens of Belgium.

Wang lost to Cori Gauff of the U.S. 6-3 and 7-6 in women's singles competitions in the French Open on Thursday, failing to make the third round. "I'm sorry that I didn't deliver a good match for you. Coco is a great athlete to play with. The good thing is I'm getting back to my zone and everything starts to work for me now. I will keep up with the hard work and hope for better results," posted Wang.

This year's Wimbledon will begin on June 28 and end on July 11, less than two weeks before the Tokyo Games (July 23 to August 8). Five years ago, Wang, Peng Shuai, Zheng Saisai, Zhang Shuai and Xu Yifan attended the Summer Olympics in Rio de Janeiro. Wang and Peng were eliminated in the first-round matches of women's singles event while Zheng upset Agnieszka Radwanska of Poland to make the second round. In women's doubles competitions, Peng/Zhang and Xu/Zheng both lost in the first round.