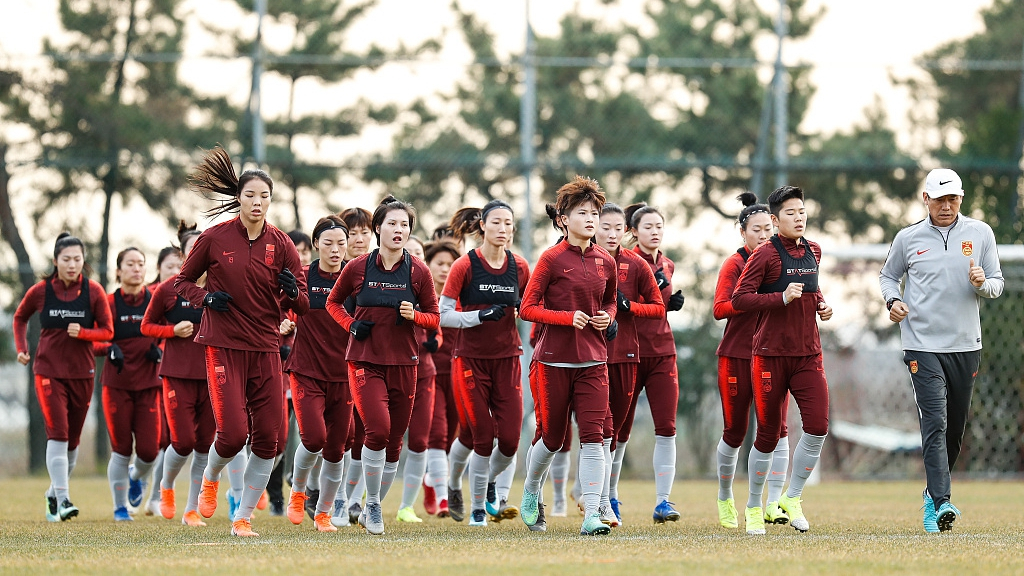 China's women's national football team was cleared for release from quarantine on Wednesday, according to an official confirmation letter by Queensland Health.

"I am writing to confirm that all members of the team have been cleared for release from quarantine," wrote Jeanette Young, chief health officer at Queensland Health, to Sun Wen, vice president of the Chinese Football Association and the chief of the Chinese delegation.

Given the notice, the Chinese team will head to Sydney the very next day to prepare and compete for the ongoing Olympic women's football qualifying Group B matches.

The 32 members of the Chinese team arrived in Brisbane last Wednesday and were placed in isolation in their hotel by local authorities as the team trained in Wuhan, the epicenter of the outbreak.

According to the new schedule, China will first face Thailand on February 7, Chinese Taipei on February 10 and Australia February 13.

The coronavirus outbreak had forced the qualifying tournament to be relocated from Wuhan in central China to eastern Chinese city of Nanjing and finally, to Sydney, Australia. The tournament was due to begin on February 3 but have been postponed to enable Chinese players to compete.

The AFC women's football qualifiers for the 2020 Olympic Games in Tokyo consist of two groups, with South Korea hosting Vietnam and Myanmar in Group A. The top two teams from each qualifying group will advance to a play-off round to determine which two Asian teams will join hosts Japan at the Games.