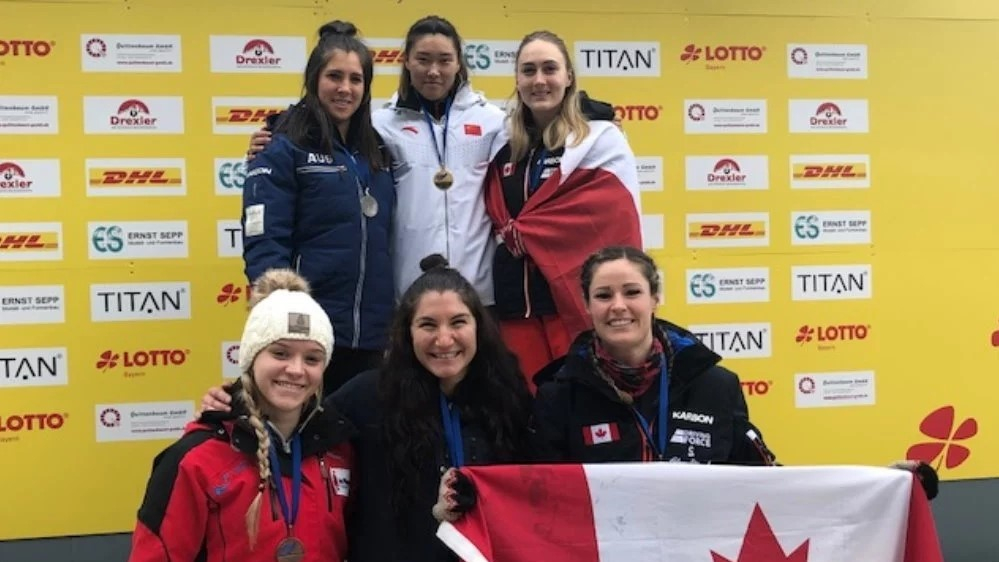 Chinese athlete Ying Qing tied for first place after two runs in the third race of the 2019/2020 Women's Monobob series in Konigssee, Germany on Thursday.

Ying's shared the top spot with Australia's Breeana Walker in the International Bobsleigh & Skeleton Federation (IBSF) competition that saw 29 athletes from 17 countries and regions racing in the German city. The women's monobob event will be part of the Olympic program for the first time in the 2022 Beijing Winter Games.

Both Walker and Ying came into the second heat behind Canadian Cynthia Appiah and were tied for second with only Appiah's run to go. The Canadian, however, had trouble halfway down her second run and slumped to 14th, giving Walker and Ying the win.

Ying had finished sixth at Lake Placid last month, but this time, she won with a combined time of 1:50.73, ranking fourth and second, respectively, from two runs.

Walker was second in her first run and third in her second, equaling the Chinese to share the lead.

Melissa Lotholz from Canada leaped from sixth to third place by registering her best time in the second run. She trailed by just 0.02 seconds behind Ying and Walker. Ying's compatriot Huai Mingming ended the race in 12th place, 1.34 seconds off the lead.

Meanwhile, junior world champion and European championships bronze medalist Kathrin Beierl came seventh in her first Women's Monobob series event. Eight races are scheduled for the next series slated for February 15 and 16 in Park City, the U.S next year.