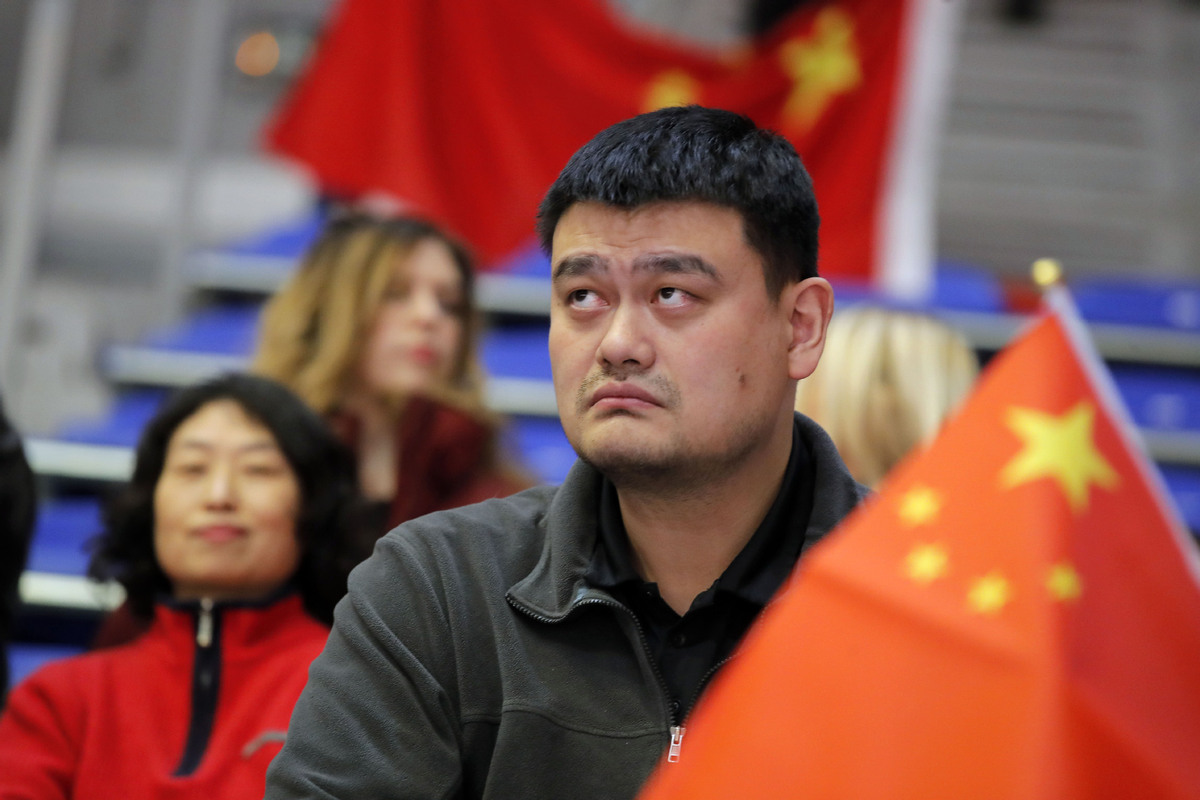 Domination under the rim, tight defense and fast counterattacks helped the Chinese women's team crush South Korea 100-60 in Belgrade to complete a perfect Olympic qualifying campaign with a hat-trick of wins.

Having opened with a victory over Britain and then booked its Tokyo 2020 ticket on Saturday with a rousing two-point triumph over world No 3 Spain, China wrapped up the mini-tournament in style by thumping the Koreans at Aleksandar Nikolic Hall on Sunday.

The Group B matches had been moved from Foshan in Guangdong province to Belgrade at short notice due to the coronavirus outbreak.

As they did all week, Li Meng and Huang Sijing lit it up from 3-point range against the Koreans, with Han Xu also continuing her superb form in the Serbian capital with another impressive display of scoring and rebounding.

"Although we won the (Olympic) ticket early, this game was very important to us, so we still did our best and went for the victory," said Li, who scored 20 points and was named Group B's MVP.

"We'd met South Korea once before in past, and we are familiar with each other. This time, no matter what changes our opponents made, we just needed to focus on our own game and stick to our own style. The strengths of Chinese women's basketball are defense and counterattack."

The 12-team field for the Olympics has now been confirmed, with China joining Australia, Belgium, Canada, France, South Korea, Nigeria, Puerto Rico, Serbia, Spain, the United States and host Japan at the Games. The draw for the Olympics will take place on March 21.

Asked about China's chances in Tokyo, Li said: "First of all, we are a very young and very energetic team, so no matter who our opponents are at the Olympics, we will focus on our own game plan and training, and not just think about the results."

Sunday's win avenged a 81-80 loss to South Korea at a prequalifying Olympic tournament, with Huang admitting she and her teammates were not about to slip up for a second time.

"We came here to win this game. We executed everything our coach prepared. We did very well today," said Huang.

"We want to be one of the best teams in the world, so that is why we know the importance of every game."

After the euphoria of upsetting Spain, China coach Xu Limin was particularly satisfied to see his charges maintain their intensity against the Koreans.

"We did good at this tournament, and for the team it is like stepping up to another level," said Xu.

The sudden switch of venue from Foshan to Belgrade was far from ideal, however Xu reckons the upheaval actually bolstered and inspired his squad.

"Difficulties like these help a young team mature faster," he said.

Asked if China can become the second-ranked team in the world behind the US, Xu replied: "We are young, so we have this ambition. We've shown what the Chinese basketball spirit is. We fight in every game, and that's why we have produced good performances. But we still have a long way to go and this is just the beginning."