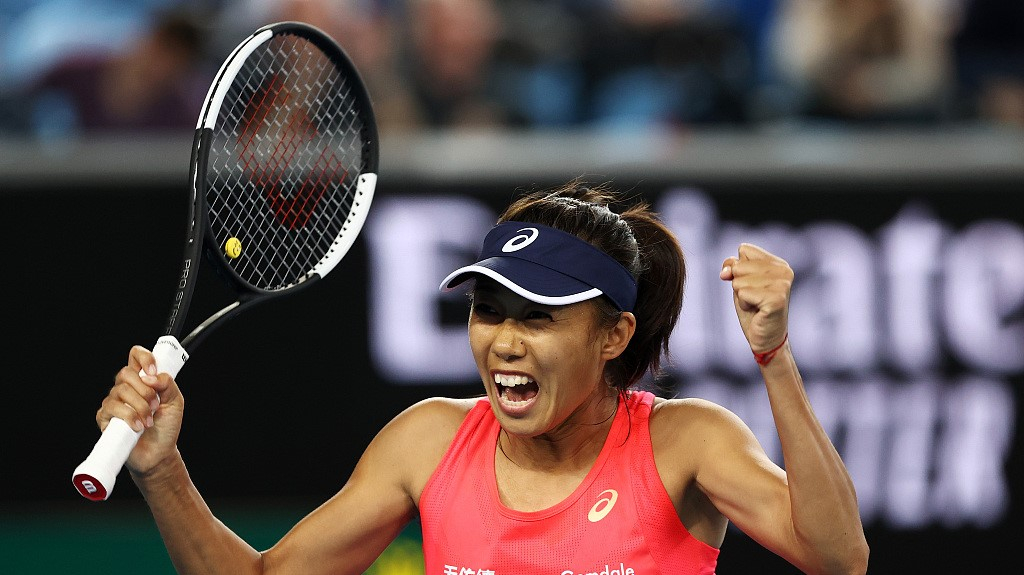 Zhang Shuai from China celebrates after defeating Sloane Stephens from the U.S. in a first-round match of the Australian Open at Melbourne Park in Melbourne, Australia, January 20, 2020. (Photos: CGTN)

Zhang Shuai from China claimed a sweet comeback victory in her opener at the Australian Open as she defeated former U.S. Open champion, No.24 seed Sloane Stephens, in three sets on Monday.

Stephens gained the upper hand early in the match by achieving a double break in the first five sets to lead 4-1. Though Zhang responded with a break herself in the next game, Stephens immediately broke back before taking the first set 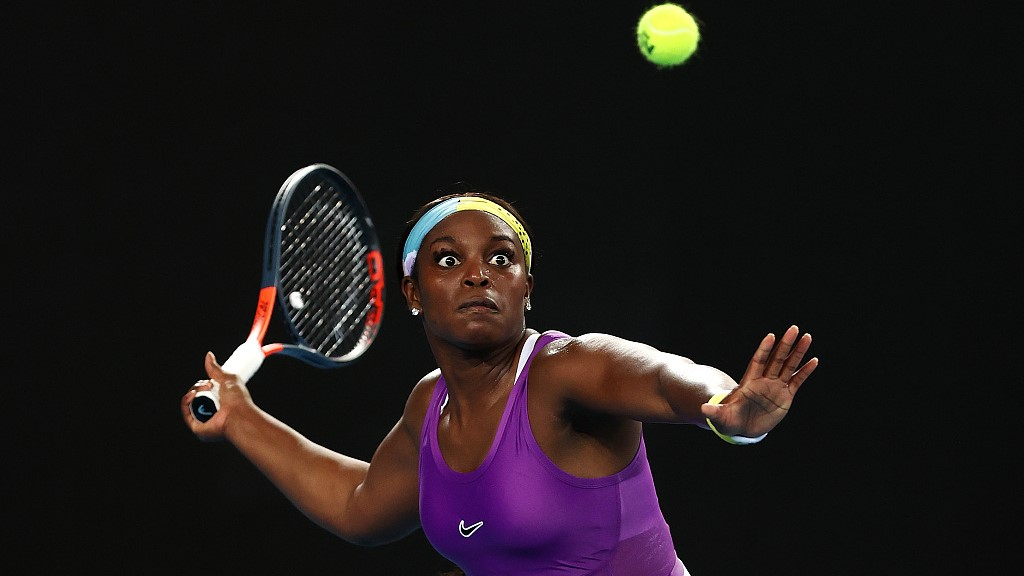 American Sloane Stephens competes in a first-round match of the Australian Open against Zhang Shuai from China at Melbourne Park, January 20, 2020.

Stephens only had four unforced errors in the set; by contrast, Zhang committed 13.

The quick loss did not interrupt Zhang's rhythm. Step by step, she kept adjusting her play and began to pull the game into balance. The two were at one stage locked 4-4. Stephens seemed to be standing at the edge of victory as she broke Zhang's serve in the next game, but Zhang soon returned the favor and followed up with a hot pursuit to take the second set.

She sustained the momentum to establish a 4-0 lead in the decider. Though Stephens tried to resist by breaking Zhang's serve in the next game, there was nothing she could do to stop Zhang. 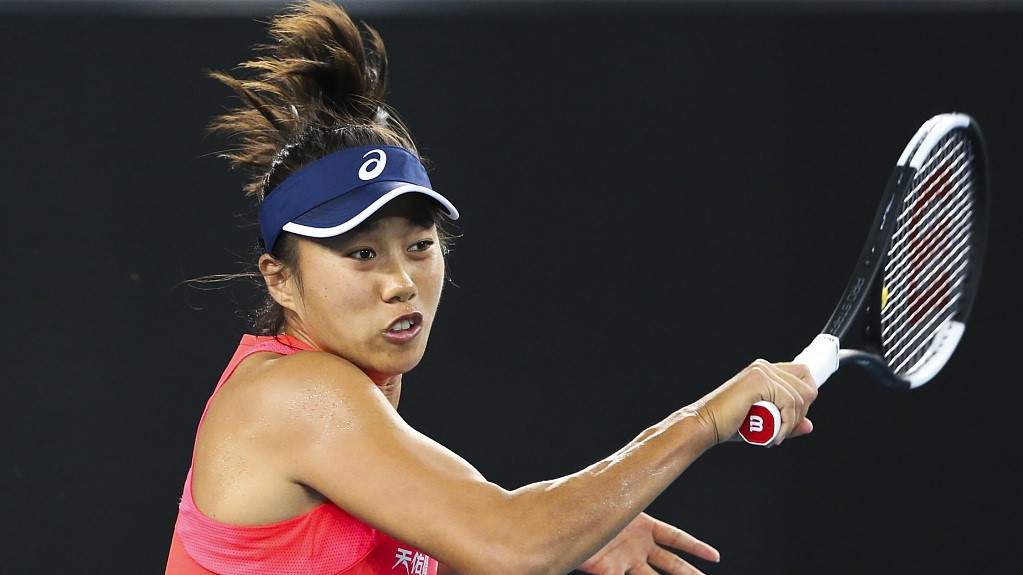 Zhang Shuai from China competes in a first-round match of the Australian Open against Sloane Stephens from the U.S. at Melbourne Park, January 20, 2020.

Zhang and the Australian Open share an interesting connection. Before 2016, she had participated in 14 Grand Slams and was knocked out in the first round at each. However, she made a breakthrough at the Australian Open in 2016 by making the quarterfinals.

Since then, she has seemed to find the key to victory. First, she paired Samantha Stosur from Australia to win the women's doubles championship at the Australian Open last year. Then Zhang created her best grass court record by reaching the quarterfinals at Wimbledon.

Zhang's next opponent in Melbourne will be Catherine McNally who eliminated Stosur in her first match.