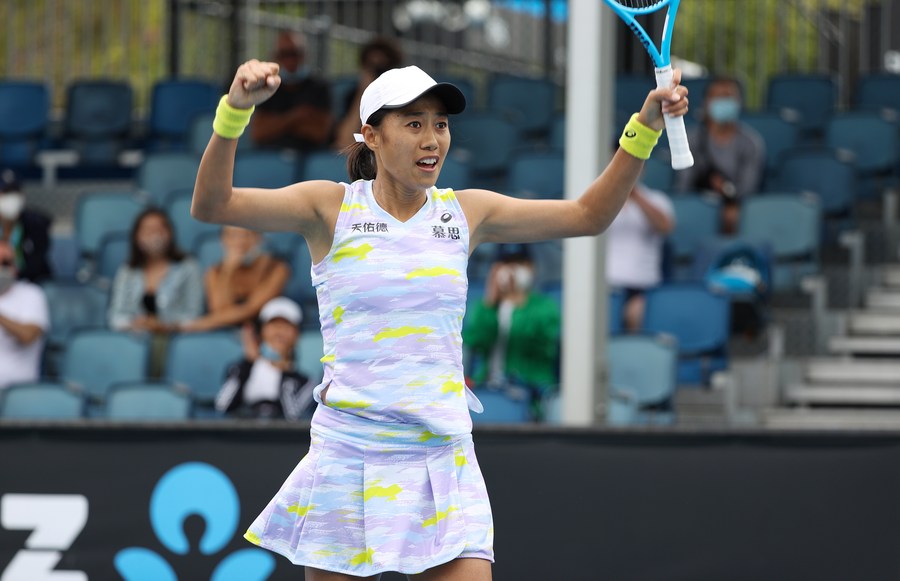 Zhang, 33, is playing her second grass-court tournament in Britain this season ahead of the Grand Slam showcase Wimbledon Championships.

Last week, she reached the singles quarterfinals at the Nottingham Open and clinched the doubles title together with Brazilian Beatriz Haddad Maia.

While playing against the 24-year-old Ruse, Zhang was far behind on Aces in 2-12 but made much fewer double faults in 3-17. She managed to win the match with one more break game than her opponents.

Zhang will face Dayana Yastremska on Friday. In March, she came from one set down to beat the Ukrainian in the final at the Lyon Open, claiming her third WTA Tour title in her career.

Former world No. 1 Simona Halep from Romania will fight for a semifinal berth against home player Katie Boulter.