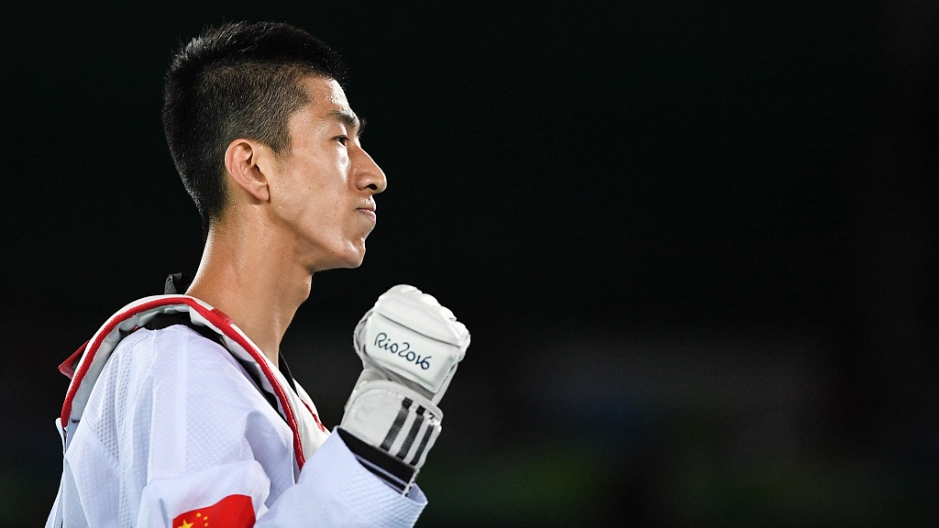 China's Zhao Shuai clinched the most points in the Grand Slam ranking system after he made it into the finals. But he lost to South Korean Lee Dae-hoon 0-3 in the men's -68kg final and took the silver.

Earlier in October, Zhao beat Lee to win the Grand Prix in Sofia, Bulgaria, but he was unable to repeat that feat this time on home soil. The 24-year-old Chinese from northeastern Liaoning Province, who came to Wuxi with a broken finger, overcame Briton Christian McNeish 2-1 in the semi-final to secure the top position in the Grand Slam Series Rankings. He failed, however to find his rhythm in the title contest.

Lee won the inaugural edition in 2017 and claimed bronze last year. The 27-year-old South Korean maintained his momentum to dominate the final and close out the contest 3-0 to win his second Grand Slam gold medal. Zhao's compatriot, 20-year-old Lin Wenye, claimed bronze medal after beating McNeish 3-2, the best achievement he has achieved so far in international competitions.

According to Grand Slam rules, a first place in the Grand Slam Series Rankings means Olympics qualification. Though finishing with a silver, Zhao, with most points, is now qualified for the 2020 Olympic Games in Tokyo. The 24-year-old Zhao, who had won the gold medal of Men's -58 kg division in 2016 Rio Summer Olympic Games, can now aim on his second Olympic gold medal.

"We played two times this year and I won the previous meeting. He must have studied my tactics after that defeat because I couldn't keep up with him," said Zhao.

"Zhao Shuai is a great player" said Lee. "He's the toughest I've played in this tournament, and I lost to him before, so I was quite nervous. I'm pleased with the victory, and I hope we can meet each other in the Tokyo Summer Olympics next year."