Test Driver Zhou and Fernando will get behind the wheel of the Renault R.S.20 cars that have contested the 2020 F1 season. It will be the first time for the 21-year-old Zhou to drive an F1 car for the current season.

The Shanghai-born driver currently sits eighth in the 2020 F2 championship with one win and five podium finishing.

"Zhou has experienced the benefit of the Renault Sport Academy, having joined its ranks last year. He has worked hard and made a genuine contribution to the performance of the team through his work in the simulator and test program. I am delighted he can drive the R.S.20 to complement his journey so far," said Cyril Abiteboul, the team principal of the Renault F1 team. 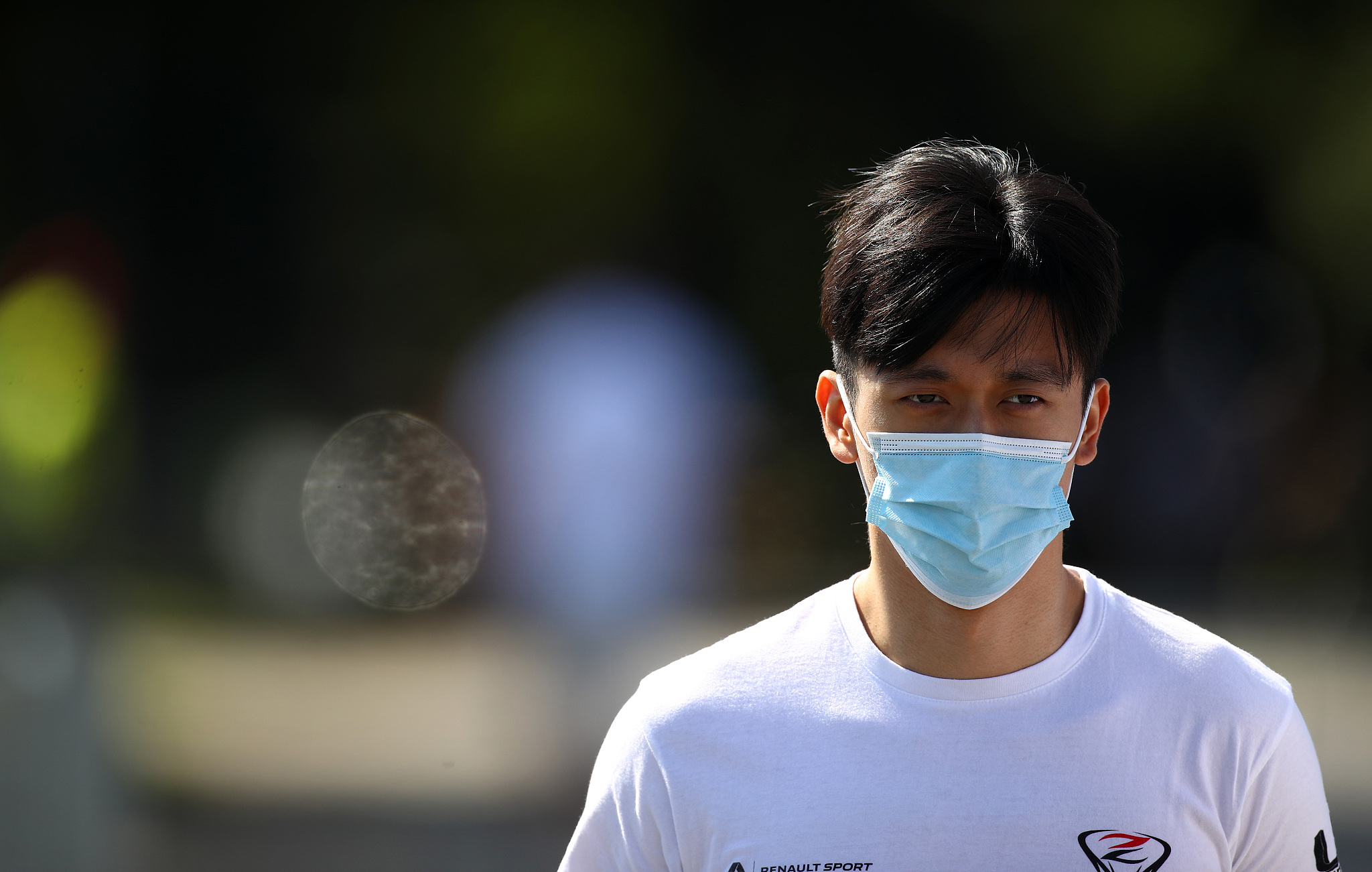 Zhou Guanyu of China walks in the paddock ahead of the Formula 2 Championship in Monza, Italy, September 3, 2020. (Photo: VCG)

Meanwhile for Spaniard Alonso, who has started 311 Grand Prix in an F1 career dating back to 2001, is making a comeback with Renault next season after two years out.

McLaren's Lando Norris said Alonso should not be allowed to take part in the "young driver" test at the age of 39 and said it was unfair.

"It's fairly obvious Fernando's not a young driver. It's not like he's only done one or two races... and he's been doing countless tests already this year in Formula One cars. So I don't get it."

The 32-time race winner, who won both his titles with Renault, has competed in the Dakar Rally, Indianapolis 500, and has twice won the 24 Hours of Le Mans during his F1 hiatus.