MELBOURNE, Jan. 18 (Xinhua) -- Chinese women's singles player Zhu Lin on Wednesday booked her berth in the third round of the 2023 Australian Open after posting a 6-2, 6-2 win over the tournament's 32nd seed Jil Teichmann of Switzerland. 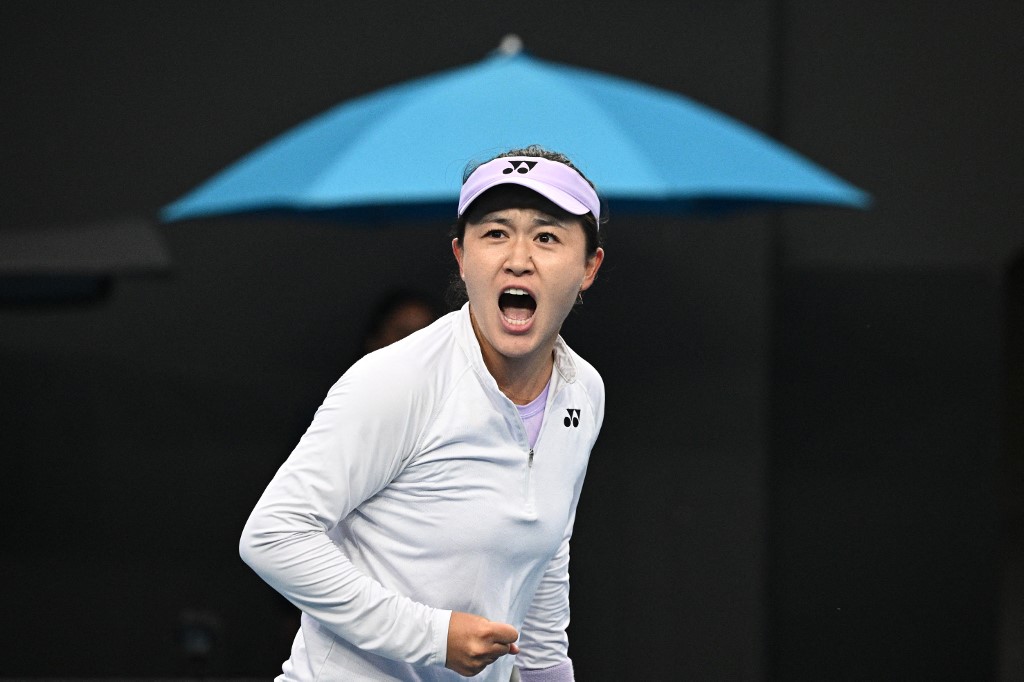 China's Zhu Lin celebrates after winning against Switzerland's Jil Teichmann during their women's singles match on day three of the Australian Open tennis tournament in Melbourne on January 18, 2023. (Photo: AFP)

The feat marks Zhu's personal best record at a Grand Slam event since she made her career debut in 2009.

Currently ranked as world No. 87, Zhu sprinted to a 4-0 advantage in 21 minutes and sealed a comfortable 6-2 first-set victory. With her good form extended into the second set, Zhu came back from a 0-1 down and reeled off three-game wins to secure her leading place.

Though Teichmann tried to save the match by drawing the deciding game into a deuce, two forehand unforced errors in the last minutes saw the world No. 33 knocked out by Zhu.

Zhu will have a tougher game in her first-ever Grand Slam third round with sixth seed and world No. 6 Maria Sakkari of Greece. The two players had one head-to-head in the 2016 Australian Open qualifying round, where Sakkari beat Zhu 6-3, 6-2.