SHANGHAI, March 31 (Xinhua) -- Chinese national team will take a flexible approach to the World Cup qualifiers and will adopt different tactics against its rivals, its head coach Li Tie said on Wednesday. 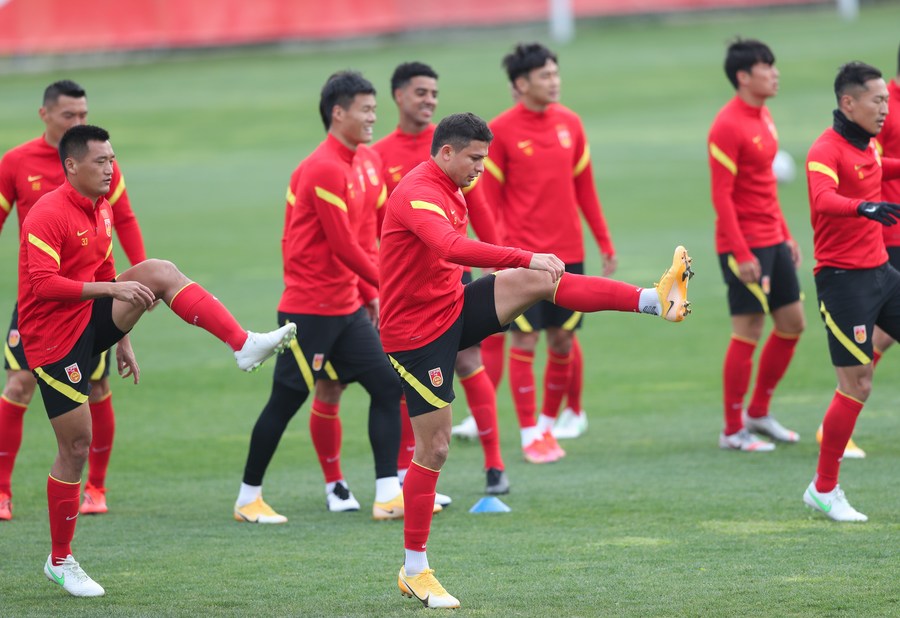 The Chinese side is currently training in Shanghai to prepare for the remaining Group A matches which will be held in Suzhou, China from May 31 to June 15. China will face the Maldives, the Philippines, Guam and Syria in succession.

Li said he will not fix on one line-up or one set of tactics in preparation for all the rivals.

"I am a practical person. I hope my players can play different football and have more tactical flexibility," he said.

"Maybe we can try even more tactical changes in the future. It depends on the quality and capability of my players as well as what rivals we are to face," the former Everton midfielder said.

China currently sits in second place in the five-team Group A with seven points from four games, eight points behind group leader Syria.