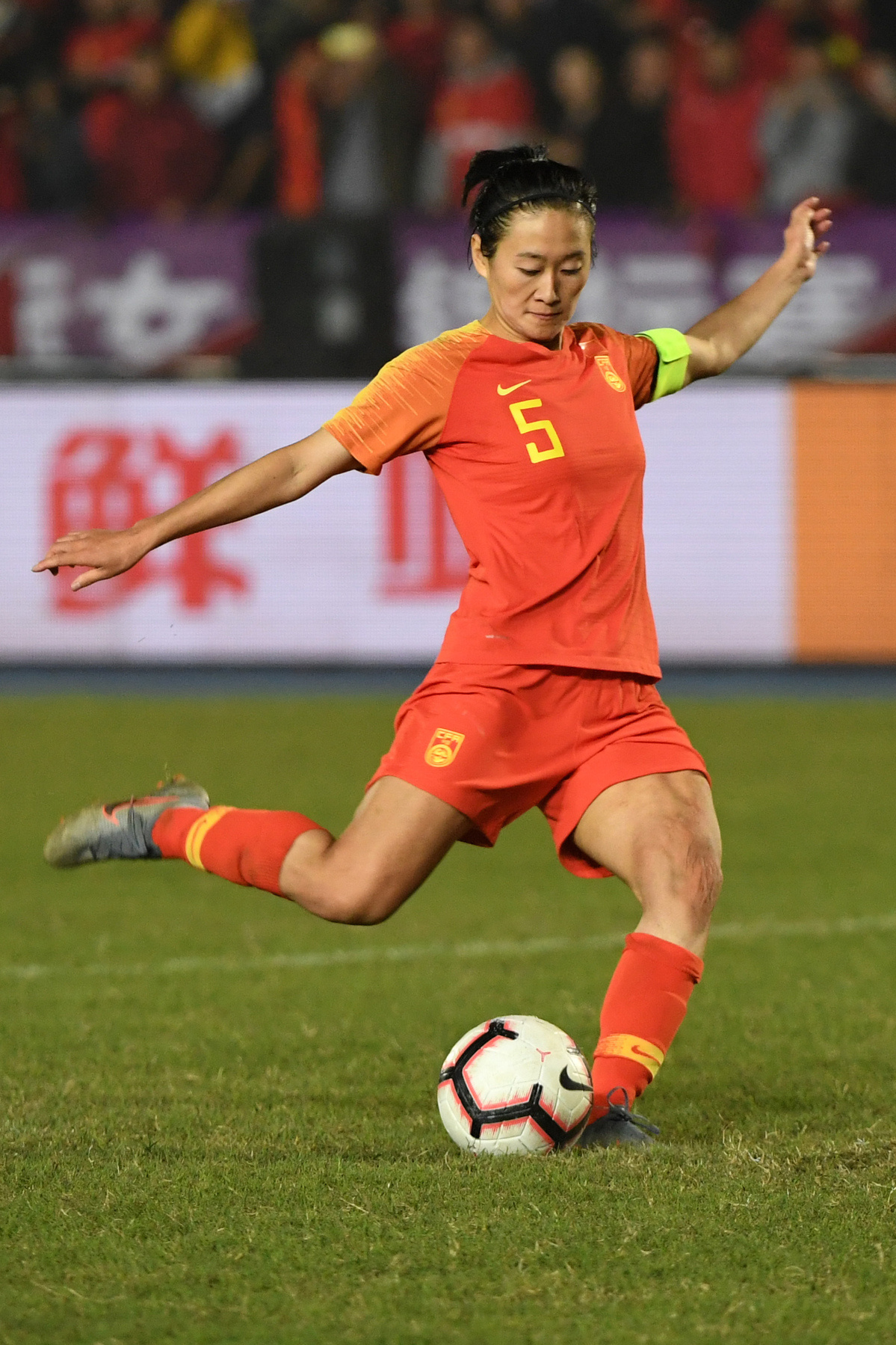 BEIJING - China's women's national football team has called up a 25-player training camp on Thursday to prepare for the two-legged Tokyo Olympic qualifying playoff against South Korea in June.

Team China will assemble in Suzhou, eastern China's Jiangsu province from May 12 to 28, with former Paris Saint-Germain forward Wang Shuang included in the list.

Three Wuhan natives: Wang, Yao Wei and Lyu Yueyun, had been stranded in the central Chinese city since January 23, missing China's Olympic qualifiers in Australia in February, and had not returned to the national team until April 8, when the lockdown was lifted.

The two-legged matches between China and South Korea are currently scheduled for June, but the host cities and other details have not been confirmed yet due to the influence of COVID-19 pandemic.

Following is the roster: