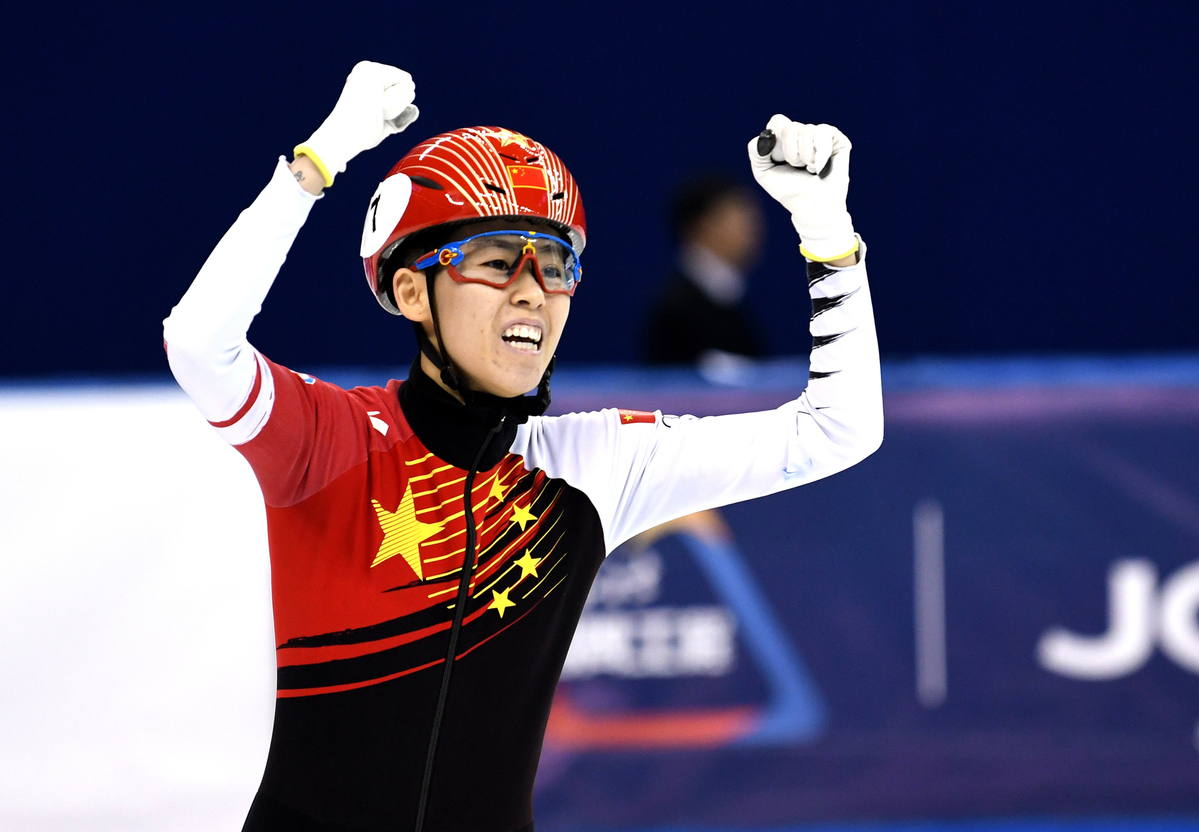 Despite being ousted from three relays and an injured Wu Dajing, the Chinese team delivered good performances on Sunday as Fan Kexin and Han Tianyu claimed a gold medal each. China collected two gold, two silver and two bronze in the World Cup Shanghai.

"I didn't expect much here," said Wang Meng, head coach of the Chinese team. "It's the fourth leg of the World Cup series. We won two gold in the first leg, three in the second, one in the third."

"I am so excited," said Fan. "It is my first gold medal at the World Cup in four years. I just kept going ahead in the final."

In the men's 1000m final, Han Tianyu took the lead with three laps to go and held the advantage until the end. He finished in 1:28.351. Hungary's Shaoang Liu and South Korean Park Ji Won took second and third respectively.

China's Olympic champion Wu Dajing, who injured his waist on Saturday's 500m final, entered the 500m (2) quarters on Sunday but failed to make the semis.