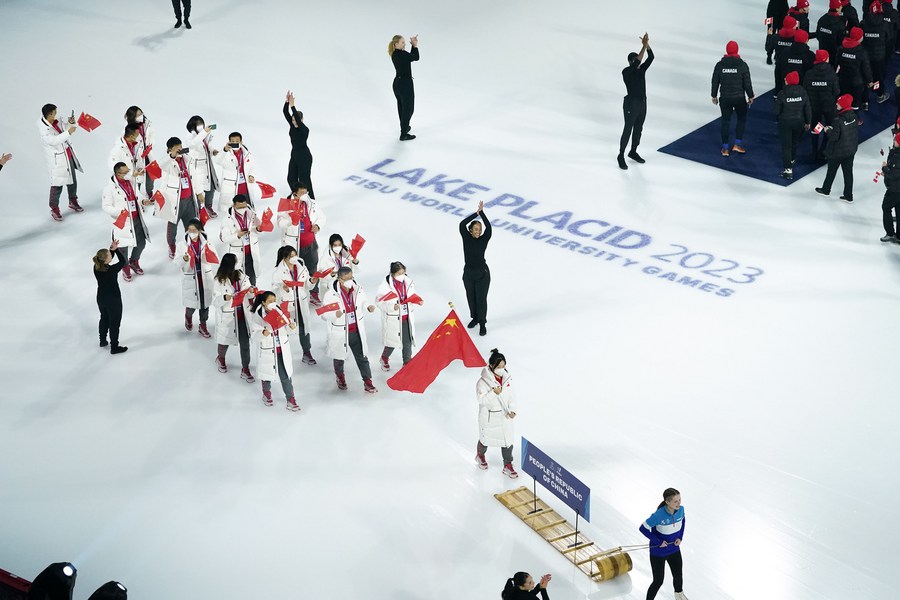 The Chinese team parades during the opening ceremony. (Photo: Xinhua)

WASHINGTON, Jan. 20 (Xinhua) -- China claimed one silver and one bronze medal in the short track speed skating competitions of the 31st Winter World University Games in Lake Placid on Friday.

In the women's 500m final, China's Wang Yichao clocked 44.568 seconds to finish second behind South Korean Choi Min-jeong, who was crowned with a time of 44.050 with the bronze going to Choi's compatriot Park Ji-yun.

France took home the mixed team relay gold medal with South Korea, the United States and China all being penalized.