The Chinese wrestling team is busy training in Serbia for the Asian qualifiers for the 2020 Tokyo Summer Olympics, which have been moved from Xi'an, China, to Kyrgyzstan due to the coronavirus outbreak. 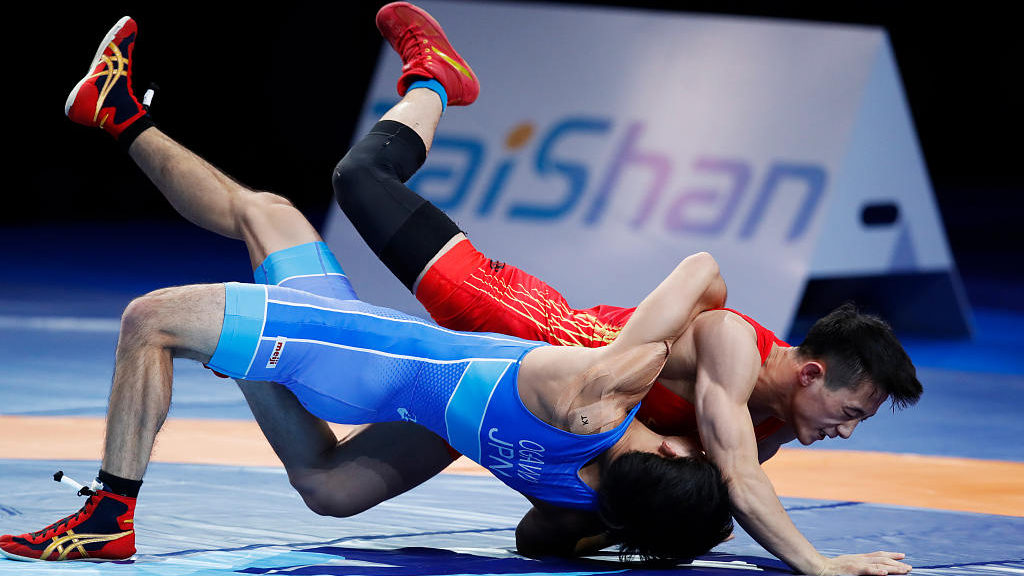 Thirty-two Chinese wrestlers will compete for 13 places remaining in wrestling with the Greco-Roman version accounting for six of those places. The Chinese athletes in competition include Wa Lihan in the 60kg category, Meng Lingzhe in the 130kg, Yang Bin for 77 kg, and Na Junjie for 87kg.

Wrestling is a grueling sport that requires tremendous physical and mental strength that is fine-tuned during long and exhausting training sessions. With less than one month before the qualifiers, the team is working hard.

"We left Beijing on January 19 and arrived in this city in Southern Serbia for training. The environment here is fine, but the accommodations and training facilities are somewhat worse compared to those in our home country," China's Greco-Roman wrestling coach Sheng Zetian said.

According to the coach, the team has a lot of time for training and to fully engage themselves in the preparations, since they spend all of their time at the gym or the dormitories.

The qualifiers will take place from March 27 to 29.