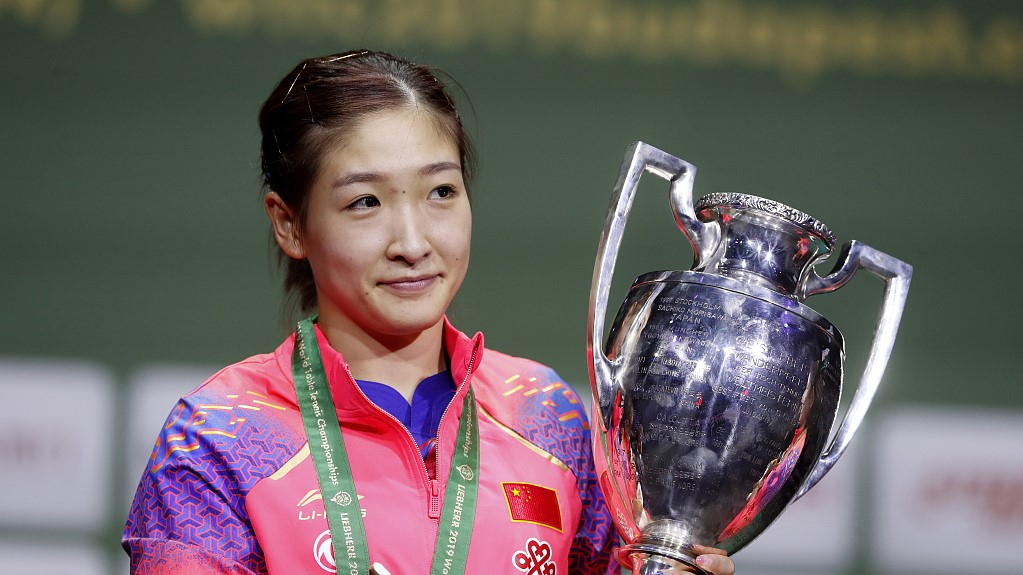 Liu Shiwen of China holds her trophy after winning the women's singles title at the World Table Tennis Championships in Budapest, Hungary, April 27, 2019.

The year 2019 is coming to a close, which means that the 2020 Summer Olympics in Tokyo is about seven months away. Over the past year, Chinese athletes have attended various competitions to prepare for the Olympics. Some of them did better than expected and some failed to meet expectations.

The total number of gold medals won by Chinese athletes in major Olympic events in 2019 was 43.

Table tennis, diving, weightlifting, badminton, gymnastics and shooting sports have been China's forte in the Olympics. The performances by the country's athletes in world-class contests of the first three in 2019 have given China confidence for Tokyo.

Unfortunately, the IOC rules that each team can only attend at most four competitions at the Olympics in Tokyo, meaning that China will have to make a painful choice to decide which one its athletes won't compete in.

By contrast, China did not do so well in badminton, gymnastics and shooting sports. At the ISSF World Cup in the Chinese city of Putian in September, two veterans, Zhang Jingjing and Pang Wei, won golds in the women's 25-meter pistol event and men's 10-meter air pistol, respectively.

If what Chinese shooters achieved is barely satisfactory, the country's badminton and gymnastics teams hit historic lows with their performance in world-class competitions.

Team China won only one gold medal in mixed doubles at the BWF World Championships in Basel, Switzerland in August. What made things even worse was that Zheng Siwei/Huang Yaqiong were the only Chinese pair to reach a final. The rise of Kento Momota has made Japan a big threat to China in badminton, not to mention that Indonesia is also a serious challenger. Chinese shuttlers are expected to encounter bitter battles in Tokyo.

China suffered similar embarrassment at the World Artistic Gymnastics Championships in Stuttgart, Germany in October. Instead of carrying on the winning trend from the previous two years, Chinese athletes won no titles this time.