XIAMEN, China, Dec. 17 (Xinhua) - The Chinese athletics community has witnessed a successful year of 2019 as their athletes renewed world and Asian records and the grassroots road running continued to boost with record participation. 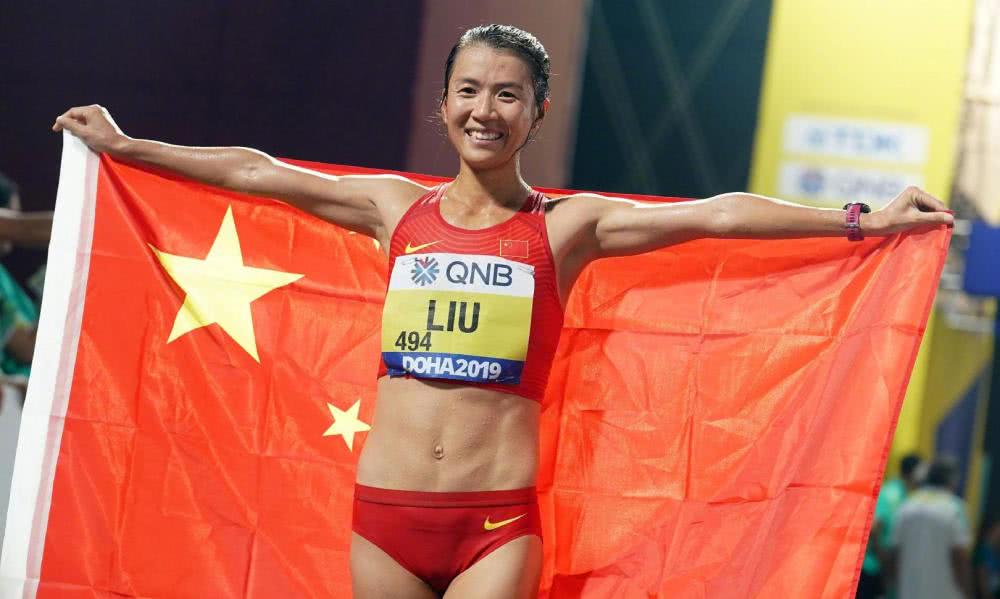 Olympic and world champion Liu Hong became the first woman ever to break four hours in the 50km race walk, set a world record of 3:59:15 in Huangshan in March. Five Asian records were also renewed by Chinese athletes this year.

Liu then took her third world 20km race walk title in Doha, one of the three gold medals the Chinese team won in the Qatari capital.

"The Chinese team won three gold, three silver and three bronze medals at the 2019 World Athletics Championships in Doha, finishing on the fourth position in both the medal table as well as the placing table with a total of 99 points. It was our best performance in the World Championships since the 1993 edition," said Yu Hongchen, vice-president and secretary general of the Chinese Athletics Association (CAA), when delivering the annual work report in Xiamen on Monday.

Javelin thrower Lyu Huihui improved her own Asian record three times in the year to 67.98-meter while pole vaulter Li Ling also renewed her continental record to 4.72m in the Shanghai Diamond League in May.

Xie Zhenye became the first Chinese to dip under the 20-second barrier in 200m sprint as he clocked 19.88s in the Diamond League London meet, knocking 0.09s off the previous Asian record achieved by Qatari Femi Ogunode four years ago.

Moreover, there have been five Chinese national records and 11 national U20 and youth records that fell in the past twelve months.

Apart from the breakthroughs in the national-team level, the boom in grassroots road running continued in 2019 as more than 1900 races have been hosted or co-hosted by the CAA in 2019, featuring a total participation of more than eight million.

Of all the races, 24 races managed to earn a World Athletics label road race status in 2019, which is the biggest share for a single country or region on the World Athletics calendar.

Wang Nan, vice president of the CAA, became the first Asian woman to be elected council member of the World Athletics in Doha, while Chinese sprinter Su Bingtian has been appointed to the Athletes Commission of world governing body of the sport.

"The role you have played for so many years in helping us globalize athletics has been absolutely central to the development of our sport," said Sebastian Coe, president of the World Athletics, as his video of greetings were displayed during the two-day meeting.

"Thank you for everything that you have done for so many years. And as president of World Athletics, I look forward to working particularly closely with you for many years to come," he said.