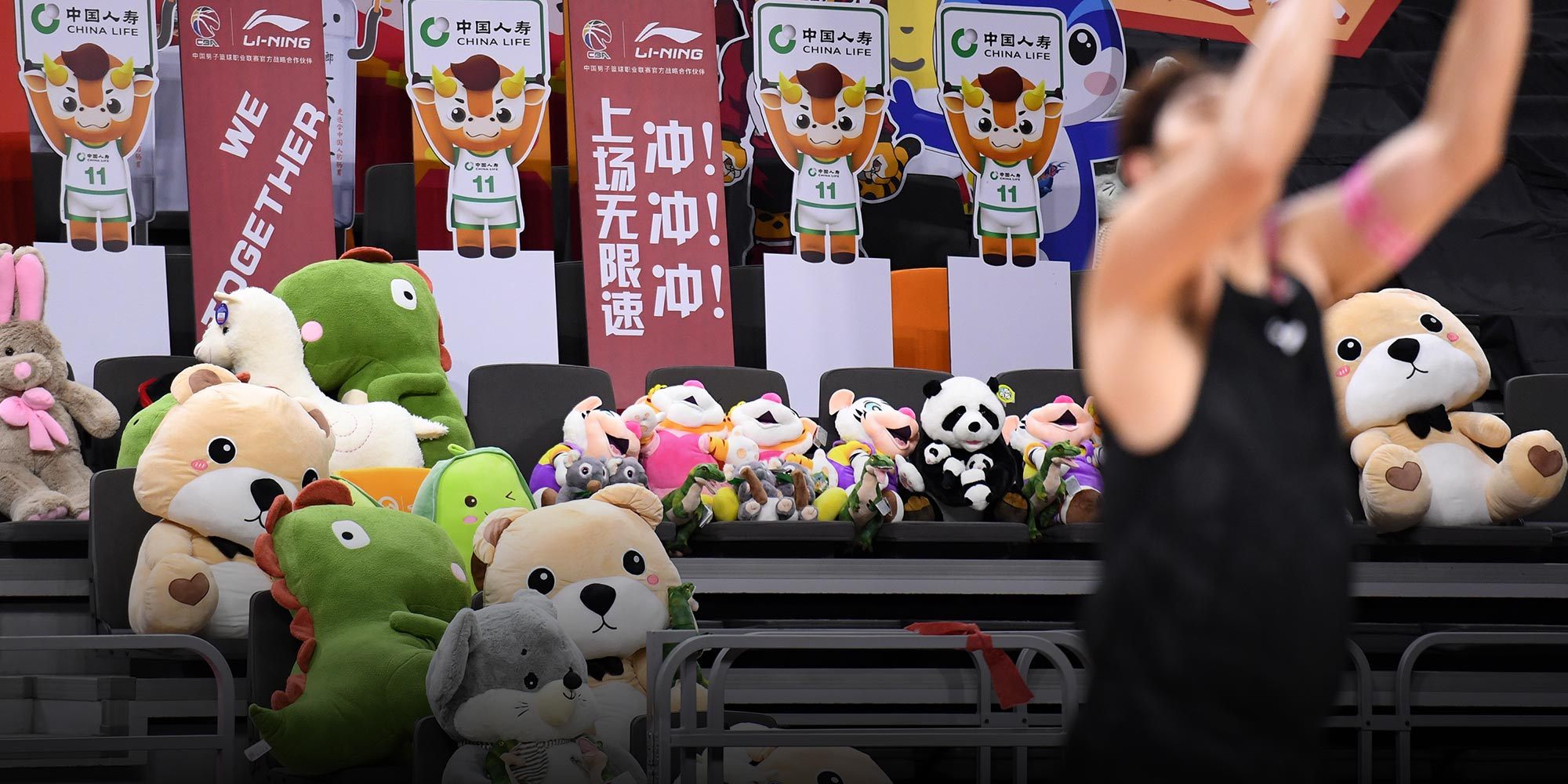 The Chinese Basketball Association on Saturday became the first professional sports league in the country to resume play after being disrupted by the COVID-19 outbreak earlier this year.

The league’s 20 teams will play their remaining 78 games without spectators in the coastal cities of Qingdao and Dongguan over a frenetic two-week period. The top 12 teams will qualify for the playoffs, which begin with single, winner-moves-on games. The semifinals and finals will each be decided by best-of-three series.

A commencement ceremony held Friday in Qingdao featured a one-armed 13-year-old basketball player who recently became an online sensation by torching the competition in a one-on-one tournament. The following morning, after observing a minute of silence in remembrance of the victims of COVID-19, the league officially resumed, with the Zhejiang Lions facing off against the Nanjing Tongxi Monkey King.

To make up for the lack of a live audience, seats in the arenas were filled with stuffed animals — pandas, dinosaurs, tigers, and unicorns, among others — or outfitted with basketball, soccer, and esports jerseys. During Saturday’s five games, large screens placed courtside displayed Zoom-like mosaics of faces spectating and reacting in real time. The same screens also broadcast cheerleaders’ performances between quarters. 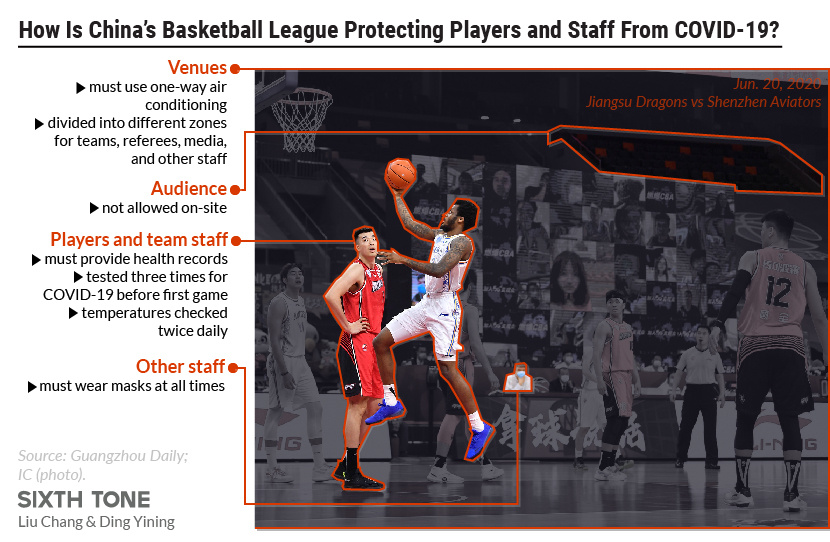 But it wasn’t just the roaring crowds that were missing. Numerous teams had to suit up without crucial foreign players — who tend to dominate the league’s major statistical categories — because they’re stuck outside China and can’t return under current entry restrictions targeting foreign passport holders.

The impact of these absences was widely discussed ahead of the league’s restart, with many wondering whether the now-uneven distribution of foreigners is fair, whether it will affect the quality of play, and whether the situation could give Chinese players a chance to shine as they fill the large shoes of their foreign teammates.

“Challenge goes along with opportunity for us,” said Wang Fei, the head coach of the Shanxi Loongs, in a June interview. “Without foreign players, I hope that domestic players can shoulder more responsibility.”

The CBA suspended its season in late January to contain the spread of the coronavirus. Initially, play was slated to resume on April 15, but that date was delayed after the league failed to secure approval from the General Administration of Sport, the country’s top sports authority. Only on June 4 did the CBA finally announce that the season would resume on June 20. 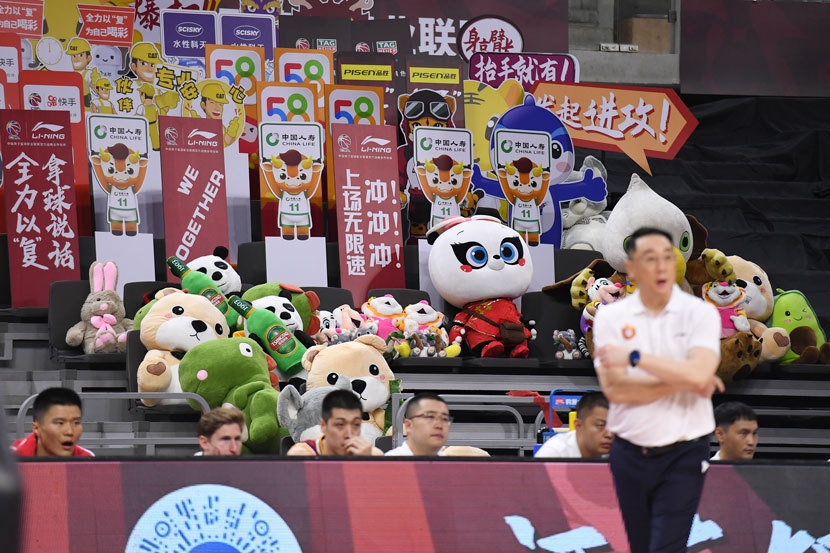 As part of that plan, players must bring their health records to all games and complete three nucleic acid tests prior to playing — at two weeks, three to five days, and at the venue before their first game. After arriving at designated hotel complexes in Qingdao and Dongguan, players must submit to temperature checks twice daily, and they must live, eat, and sleep on the premises. If players apply for and receive permission to leave the hotel grounds, they must do so in specially assigned vehicles.

The sports arenas are divided into green, blue, and yellow zones separating players and team personnel, media, and venue staff. They’ve also been equipped with temperature scanners and one-way ventilation systems. Apart from players and referees, everyone in the arena must wear a mask at all times.

As the CBA restarts, the country’s other sports leagues remain in limbo, waiting for a green light, if they haven’t been canceled outright. The Super League, China’s top professional soccer league, has repeatedly proposed restart scenarios to the General Administration of Sport, but all of them have run aground. The Super League, too, is dealing with the problem of its foreign stars being stranded abroad — though some have managed to return to China even amid the entry ban. 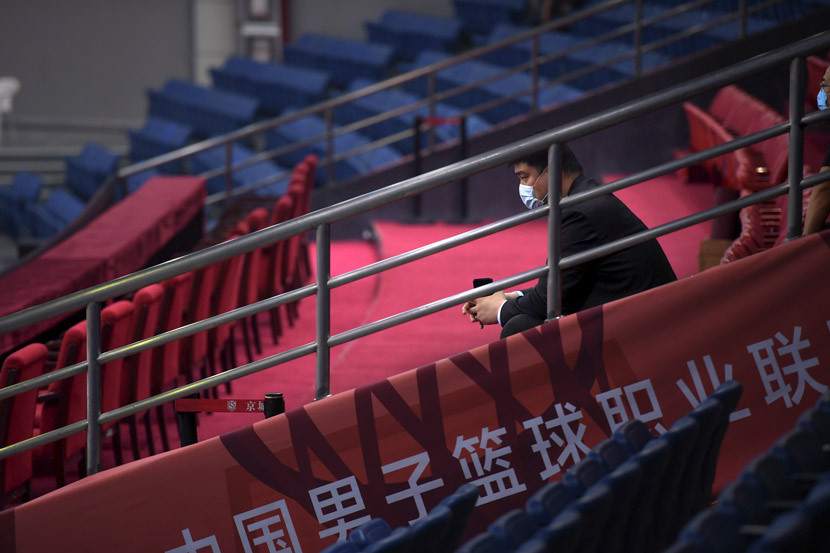 Meanwhile, China’s women’s basketball league — whose players frequently overshadow their male counterparts at international competitions — will not resume this year, and the CBA’s North American equivalent, the NBA, is planning to resume a special 22-team playoff in late July at the Walt Disney World Resort in Florida under a similar bubble-like scenario to reduce the risk of COVID-19 transmission.

The motto for the resumed CBA season — quanli yi fu, or “recovering with all our might” — reflects how the league sees itself as a trailblazer paving the way for other sports to follow in this especially challenging year. Before resuming games, the CBA released a promotional video depicting heart-wrenching scenes from Wuhan, the city where the coronavirus was first detected, paired with basketball scenes as a metaphor for the country coming back to life.

“As the first large-scale domestic sports competition to restart, resuming the CBA is of far-reaching strategic significance,” Yao wrote in an open letter to CBA staff. “Its social impact goes beyond basketball itself.”