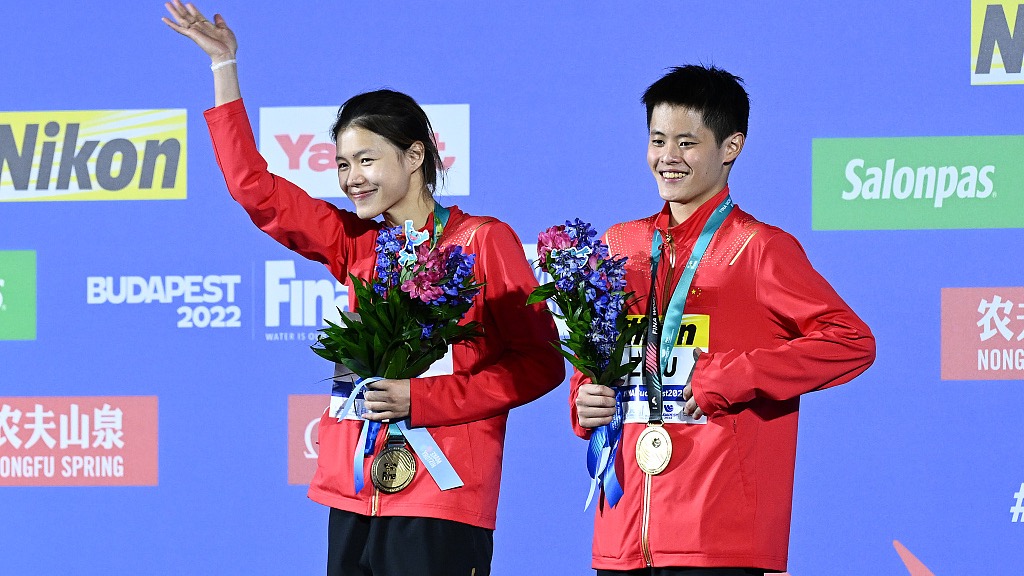 It was all about China at the Duna Arena in Budapest on Wednesday as their Dream Team completed a clean sweep of diving gold medals at the 2022 FINA World Championships in ruthless fashion.

Olympic champion Quan Hongchan and her partner Bai Yuming got off to a great start by winning the mixed team event earlier in the day.

Despite being the youngest pair to compete in the final of the prestigious tournament, the two 15-year-olds showed a stunning level of maturity that belies their tender age and clinched the world title by a huge margin, 32.9 points ahead of the second-placed French duo Jade Gillet and Alexis Jandard. 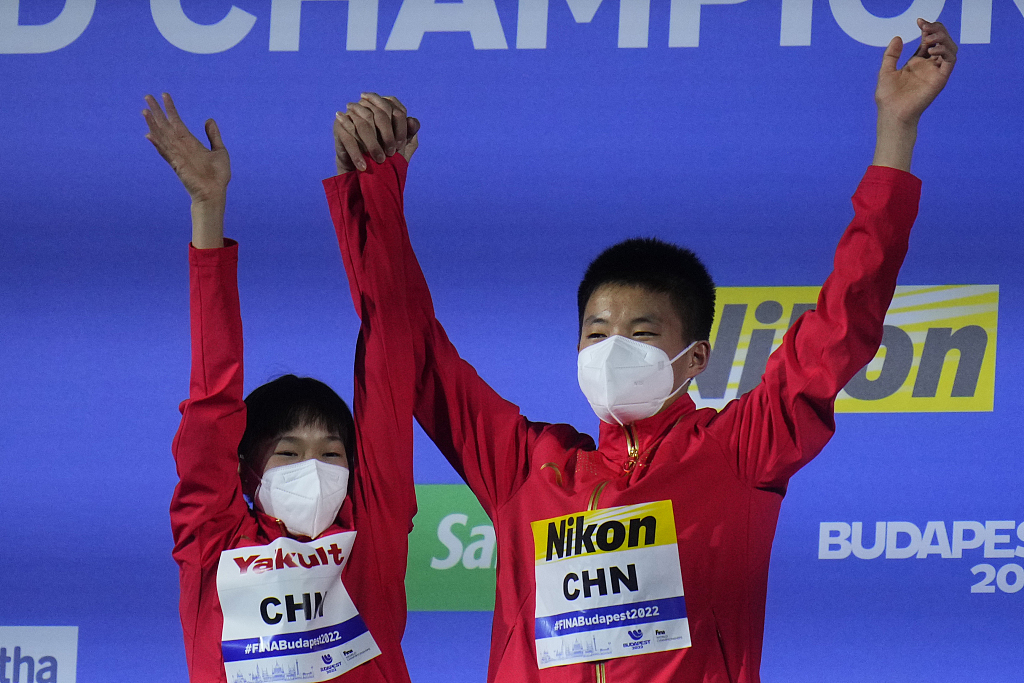 Next up for China was the women's 1m springboard final and Li Yajie managed to maintain the powerhouse's winning momentum by scooping the inevitable gold with a sparkling performance.

During a thrilling three-horse race between American Sarah Bacon, Canadian Mia Vallee and Li, the Chinese number one seed emerged triumphant with her perfectly executed somersault pike and a total score of 300.85 points.

Bacon upped the levels of difficulty in her last few dives in an attempt to stage a late rally, but the 2019 world championship silver medalist could not prevent the near-flawless Li from running away with the title and eventually came second with 276.65 points, 24.2 behind Li.

"I didn't pay much attention to other competitors," beamed Li. "This is a great result for me, an honor, and it makes me even more motivated to work harder in the future." 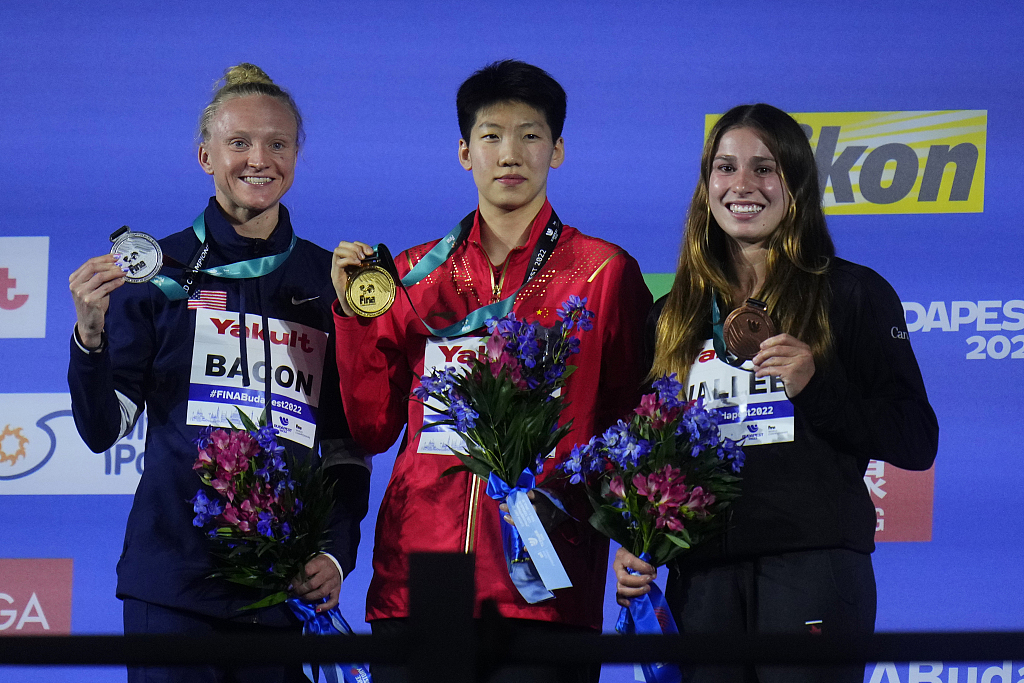 Zhu and Lin out-scored their rivals in each of the five rounds and pocketed China's third gold in just four hours with a mammoth 324.15 points. The result means that all seven diving golds produced so far at this year's World Championships have been swept by China.