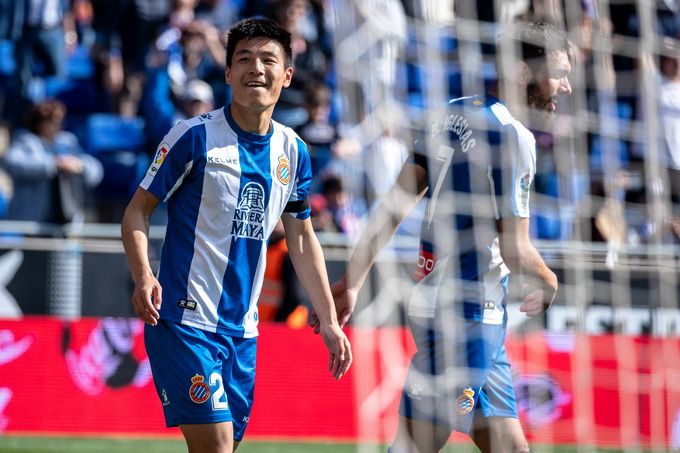 "Recently, a series of news from Spainish media about Wu Lei's coronavirus-related content, including the time of his diagnosis, symptoms, recover process, and negative test result are not true," Wu's agent team said in a statement released on social media.

"Wu is currently in good condition, but is still in isolation and has not been tested again," noted the official notice, adding that they will update the health condition of the Chinese international as soon as possible.

The Chinese Football Association confirmed last Sunday that Wu, the only Chinese playing in one of the top five football leagues in Europe, became the first Chinese professional footballer tested positive for COVID-19.

Later on Sunday, Wu released a video on his social media, claiming he feels good in isolation at home in Barcelona, Spain and currently has close to no symptoms with good CT results on his lungs.