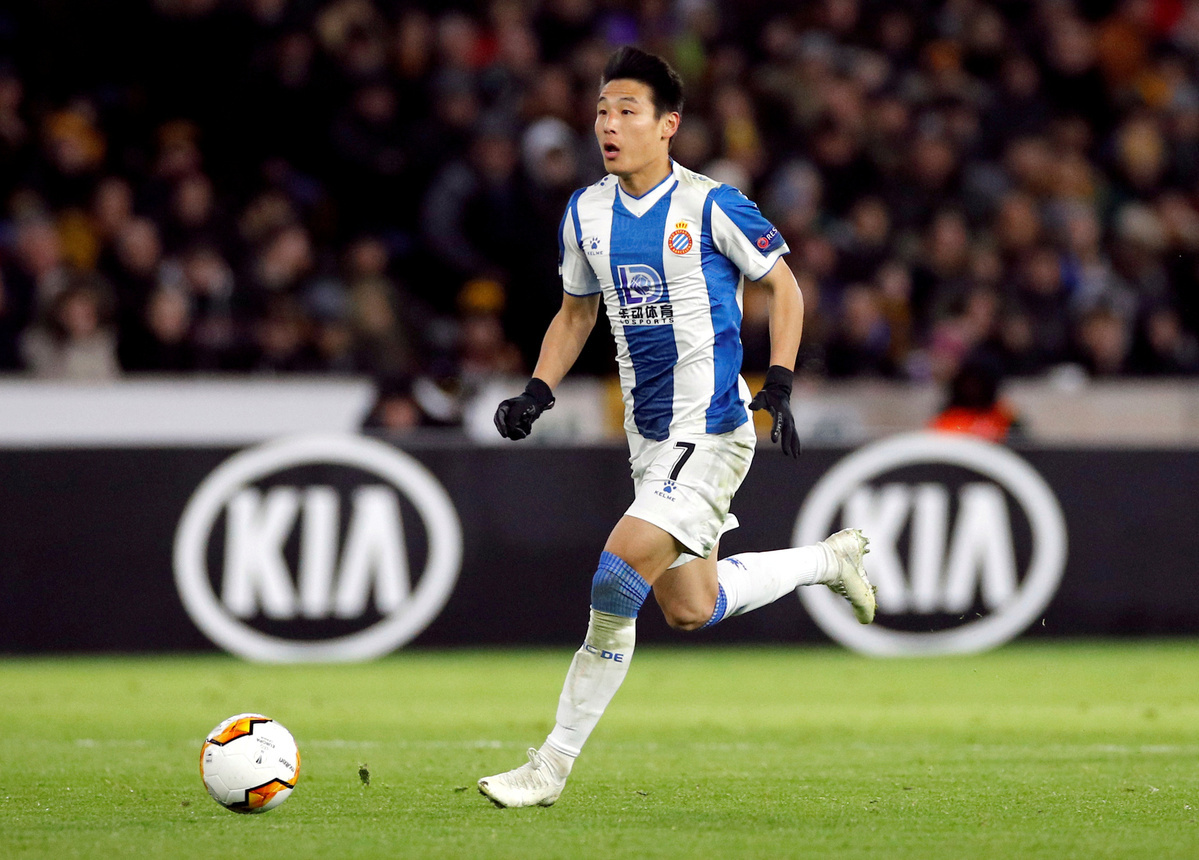 Chinese international footballer Wu Lei announced on Sunday that he has recovered from COVID-19 after twice testing negative for the virus.

"Wu received two tests, on April 28 and May 7 respectively, and the results were both nagative. Meanwhile, he has a positive result in IgG anti-body test," Wu's agent team said in a releasement, adding that all the tests were arranged by his club Real Espanol from Spain's La Liga.

The release also noted that the 28-year-old striker will follow the team schedule to return to personal training next week as the Spanish top league reportedly plans to re-start in late June.

Wu, the only Chinese player in one of the top five major European football leagues, tested positive for COVID-19 in late march with mild symptoms, becoming the first Chinese professional footballer to contract the virus.

The much-loved player in China told media later that his wife also tested positive for COVID-19 when they were self-isolating at home in Barcelona, Spain.

Sitting last in the league standings, Espanol has 20 points from 27 games, and need six points to escape the relegation zone. Wu, who scored seven goals this season, was one of the six club members who tested positive for the virus.