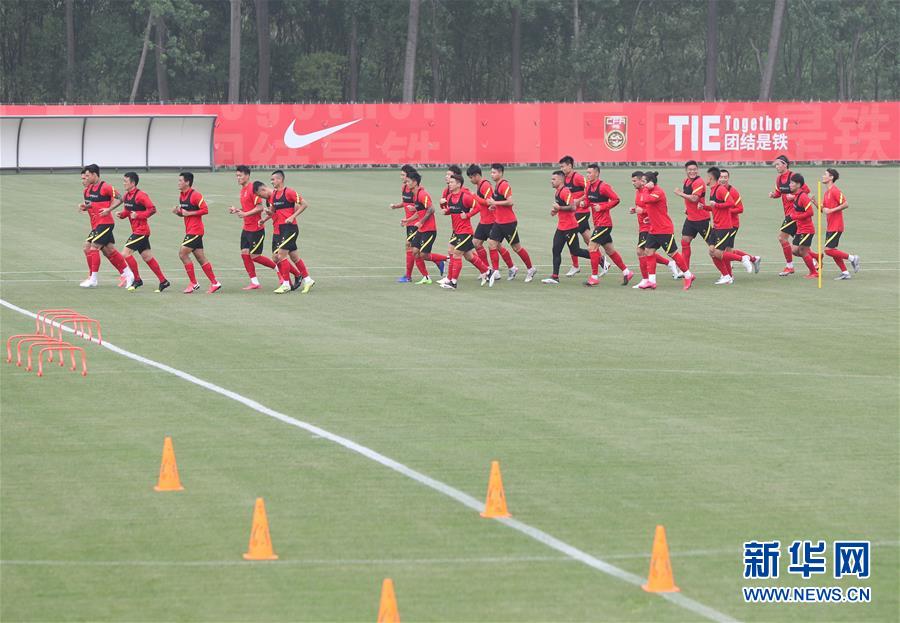 "With the resumption of the AFC Champions League and the CFA Cup, we have many games to play. I hope to leverage this period of time to make our players restore their state on the pitch," said head coach Li Tie.

The coaching team arranged jogging, passing, and catching as a warm-up exercise for the players since they have experienced a long rest period.

"Apart from regular practice, we also planned to have two games with Shanghai Shenhua and Shanghai SIPG respectively," said Li. "We hope to find more formation and tactics through real games."

Li also revealed that Alan Douglas Borges de Carvalho from Guangzhou Evergrande was also scheduled to be included in the training list, but the plan was canceled due to the player stuck outside China in Brazil.

"No matter domestic players or foreign players, the door of the national team is always open," said Li. "But everyone will face fierce competition. We want to prepare three candidates for each position."