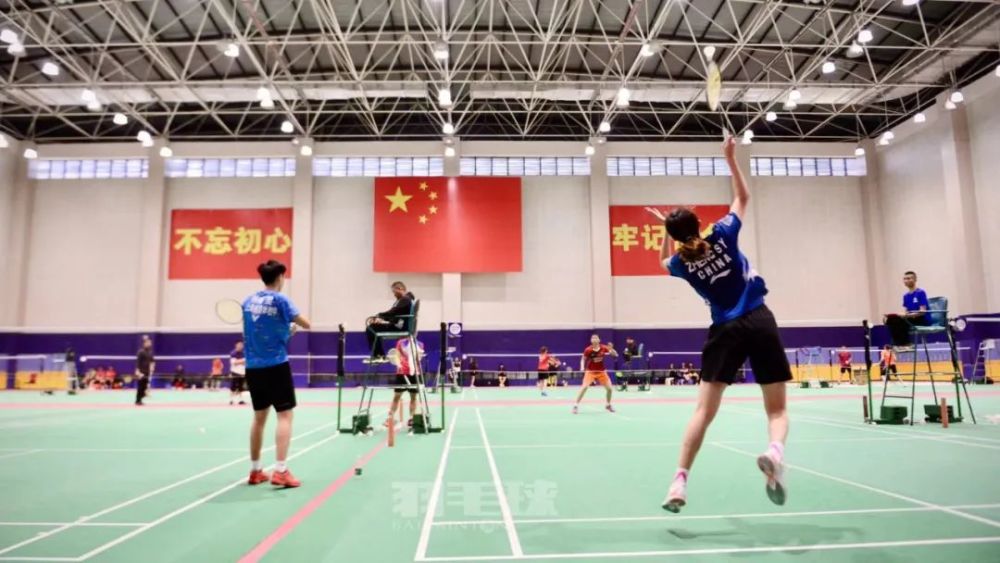 BEIJING, Jan. 7 (Xinhua) -- With roughly six months to go before the start of the Tokyo Olympics, China's national teams across various disciplines have entered winter training camps, going all out for either Olympic qualification or good results at the July 23-August 8 Games.

The Chinese national badminton team has been training in Lingshui, Hainan Province since mid-November, 2020. Xia Xuanze, head coach of the Chinese badminton singles, said that the team would continue to strengthen physical training and keep the athletes' minds focused.

"This long term closed-door training has made my skills and tactics more mature and stronger from the inside," said 20-year-old Wang Zhiyi, who is widely considered a rising star. "I will take every game seriously and strive for the best results for my country."

China's national women's volleyball team, the pride of the nation since it first claimed the FIVB Women's World Cup in 1981, gathered in Beijing on Wednesday and kicked off its winter training camp.

Lai Yawen, deputy director of the Chinese volleyball administrative center, mentioned that the team hopes to improve with a scientific and technical training regime.

In the meantime, the diving team is also based in Beijing in its buildup to this month's World Cup trials in Wuhan and the Tokyo Olympics. "I will work on improving my skills and enhancing my abilities with scientific methods during this winter training," said Olympic diving champion Chen Aisen. "I'm aiming for titles for my country."

The rowing and the canoeing teams are currently training on the Qiandao Lake in east China's Zhejiang Province. In January, the daytime temperature is only about 10 degrees Celsius, and even colder on water. Despite the cold weather, the athletes are all in high spirits, as they have three workout sessions a day, including physical and build-up training on land and specific exercises on water.

"Winter training is the most important period for physical training," said rowing world champion Zhang Liang. "We have the Olympic Games and the World Championships in Shanghai this year. We have a tight schedule, which requires us to make full use of every day of winter training to set a solid start of the year."

The archery team is gathering in Panzhihua, southwest China's Sichuan Province and preparing for an Olympic trial.

"By simulating an actual competition environment and designing actual competition procedures, the athletes will be better prepared to compete under high pressure so that we can select the best archers for the Tokyo Olympic Games," said coach Pan Minrui.

The Chinese gymnasts, who hope to rebound from their most humiliating defeat in more than 30 years at the Rio Olympic Games when they failed to win a single gold medal, the first time since the Los Angeles Games in 1984, are continuing with closed-door training in Beijing after traveling to Tokyo in November to participate in a four-nation international meet.

Miao Zhongyi, director of the Gymnastics Management Center of General Administration of Sport of China, said that training behind closed doors helps the athletes adapt in advance.

"All the athletes will also need to live and compete in a strict epidemic prevention and control environment during the Tokyo Olympics, so if they can get used to such an environment, they will get a psychological edge on the Olympic arena," said Miao.