HARBIN, China, Aug. 21 (Xinhua) -- In the eyes of people who love sports, a good life means skiing all year round, and not far from home is a fully functional fitness place... As China continues to develop, more and more people feel better life in sports. 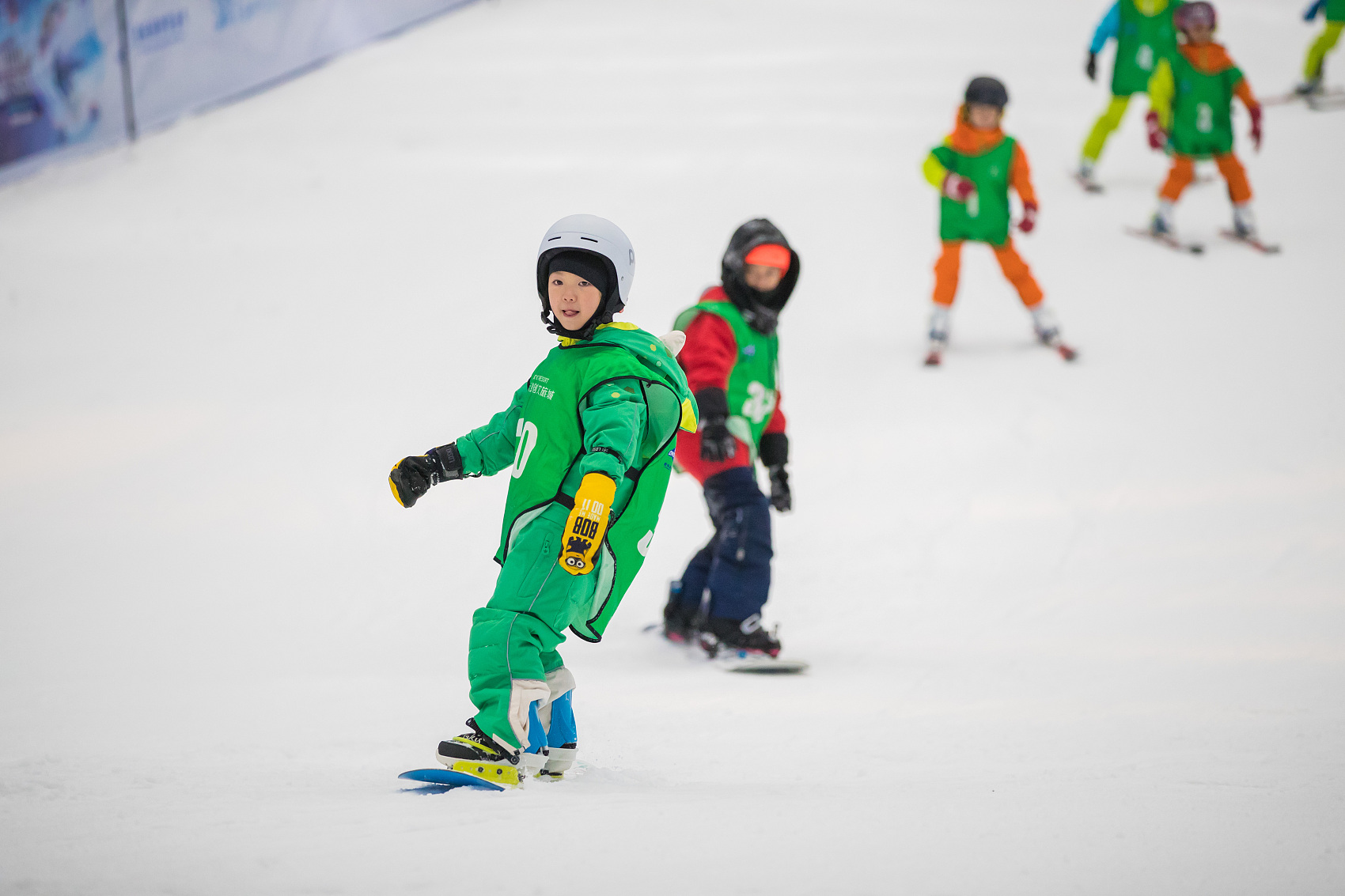 Entering the indoor ice hockey arena from the hot outdoors, 11-year-old Wang Zhanpeng, a member of the U10 ice hockey team of the Winter Sports Center of Qiqihar City Sports Bureau in Heilongjiang province, put down his backpack and quickly changed into his jersey, waiting for the coach to arrive. This summer, Wang has been going to the local ice hockey hall every week for ice hockey training.

Wang Zhanpeng's coach Guo Zhihao has been teaching ice hockey since 2005. He recalled that in the past, there was no indoor ice hockey hall in Qiqihar. Children could only play ice hockey outdoors in winter.

"How cold is winter in Northeast China! Now children can play in the indoor arena. If the ice hockey equipment is broken, you can buy new ones, unlike when we repaired them," Yu said.

Qiqihar has a history of ice hockey development for more than 60 years and was one of the most representative cities in the expansion of ice hockey in China. In recent years, the local area has continuously increased investment in ice and snow sports venues. Now there are four standard skating halls in the Qiqihar Winter Sports Center, which can allow citizens who like winter sports to go on ice in all seasons.

This summer, Harbin Sunac Snow World, an indoor ski resort in Harbin, Heilongjiang province, has thousands of people skiing every day. This indoor ski resort, which was opened to the public in 2017, made up for the problem that local people cannot ski in the non-snow season.

"In the past, we could only go skiing at the outdoor ski resort from December to February of the following year," skiing "enthusiast" Guan Yuan living in Harbin, said that since the indoor ski resort was built, he could go skiing at any time even in summer.

This summer, Shen Xiaoyun, a resident of Hegang, came to the sports park with her family to exercise several times a week. "There are plastic tracks, basketball courts and badminton courts. We take pictures and walk around," Shen said she enjoys this lifestyle.

The increasingly complete stadiums have allowed more and more children to play ice hockey in Qiqihar in recent years, and the income of ice hockey coaches has also increased.

At present, there are dozens of elementary and middle schools in Qiqihar City and a total of 100 campus ice hockey teams have been established.

As the ice and snow sports boom continues from north to south in China, indoor ice and snow venues are no longer new in the south. Taking this opportunity, the Qiqihar City Sports Bureau exported outstanding ice hockey coaches to south China to help coaches to get more salary.