Chinese soccer referees appeared at the FIFA World Cup field twenty years after debuting in the tournament in 2002.

Ma Ning, 43 and China's FIFA listed referee, made his debut at the Word Cup in a Group A game between the United States and Wales as the fourth official in Qatar on Monday. 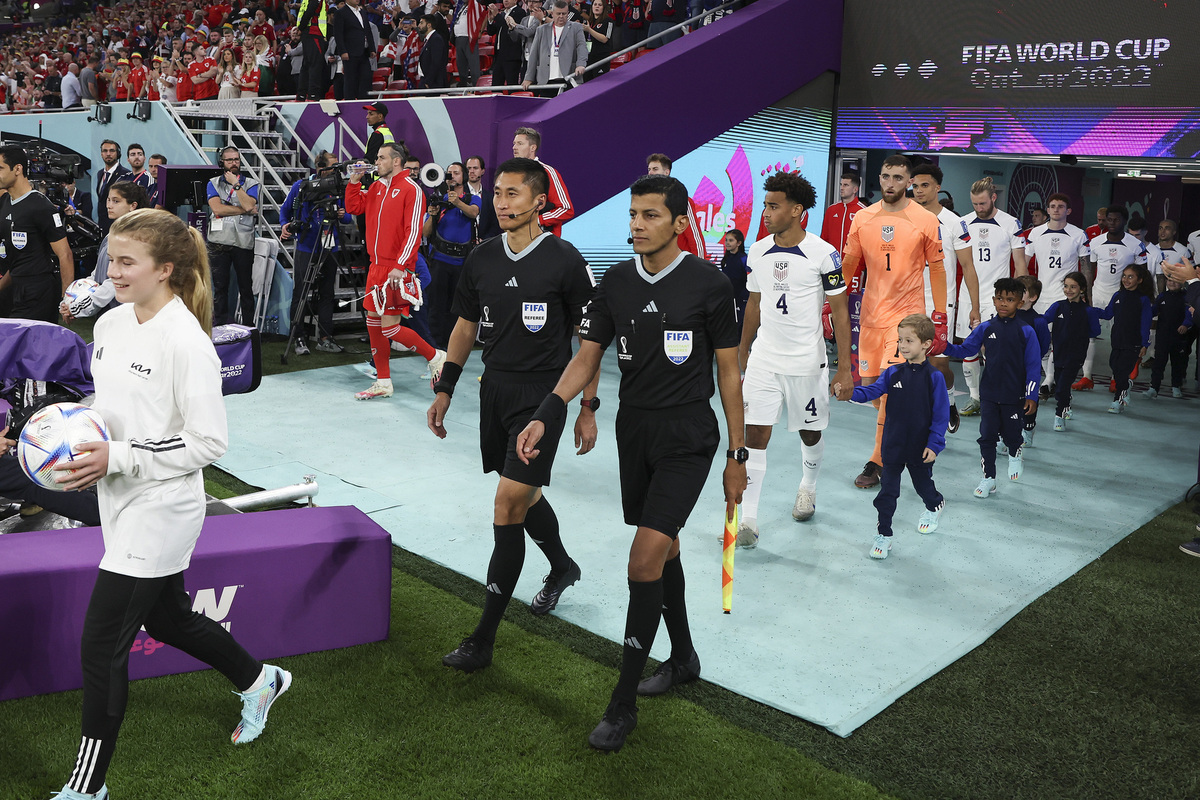 China's referee Ma Ning enters into the field during a Group A match between the United States and Wales as the fourth official at the FIFA World Cup in Doha on Monday. (Photo: Xinhua)

FIFA hired 36 referees and 69 linemen for the Qatar tournament and Ma is China's only representative in the referee group. China's Cao Yi and Shi Xiang joined the linemen group, making the country's historic referee appearance at the tournament.

Ma began to take reign at games of Chinese Super League beginning in 2010 and has been a full international referee for FIFA since 2011. In 2019, he was hired by China Football Association (CFA ) to become one of the professional referees in China and took charge of a group stage game at the AFC Asian Cup the same year.

Ma will act as the fourth official during the Group E game between Spain and Costa Rica, FIFA announced on Monday.