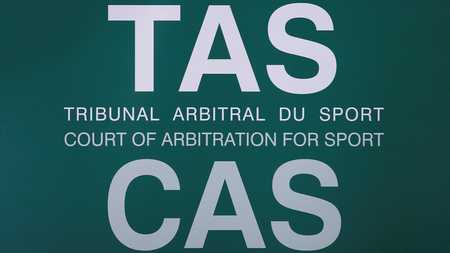 The CAS upheld an appeal by the World Anti-Doping Agency (WADA), ruling that Sun violated anti-doping rules by refusing to cooperate with drug sample collectors during a controversial visit to his home in September 2018.

"We are deeply sorry (for the decision)," said the association. "The CSA has always held a zero-tolerance stance on doping and attached much importance on athletes' anti-doping education."

The CSA said as far as they knew, the international testing company IDTM fielded sample collectors "without professional training and eligible credentials" to conduct doping test on Sun in 2018.

After receiving the bad news, Sun said he would appeal to the Swiss Federal Tribunal against the decision.

"This is unfair. I firmly believe in my innocence," Sun told Xinhua. "I will definitely appeal to let more people know the truth."

WADA appealed to CAS in March 2019 after swimming federation FINA had ruled the doping sample collection at Sun's home was invalid.

The CAS held only the second public hearing in November 2019 after WADA appealed against FINA's decision that Sun was not guilty of anti-doping violations.

Sun refused to complete a doping test conducted by the IDTM on September 4, 2018, saying the Doping Control Officer and her assistants lacked sufficient authorization and credentials.

His case was later heard by FINA, who decided on January 3, 2019 that the swimmer was not guilty of anti-doping rule violations. WADA disagreed and appealed the decision. Then Sun asked for a public hearing.