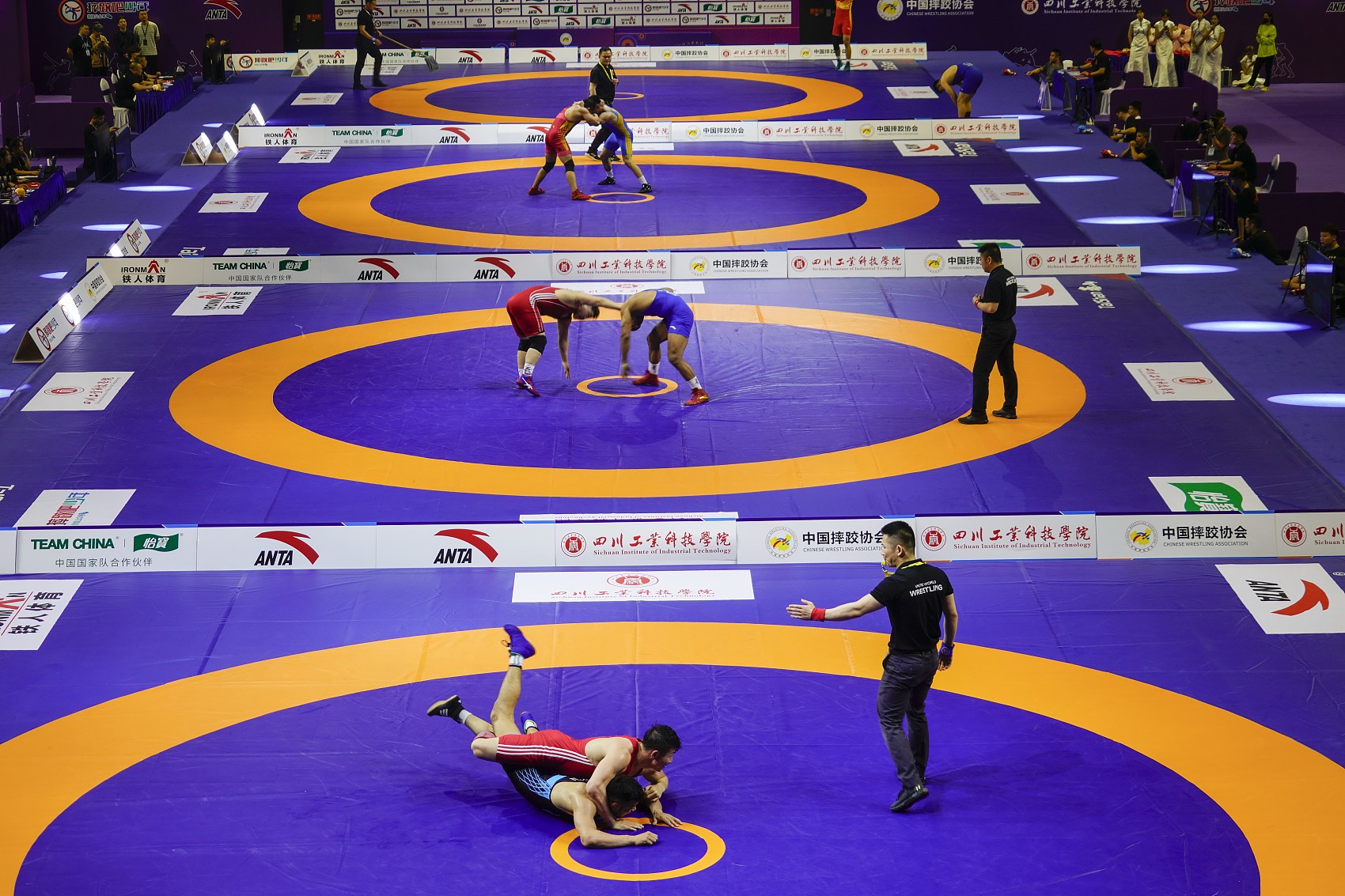 BEIJING, May 11 (Xinhua) -- A Chinese wrestling coach has been banned for four years for violent behavior at the national wrestling championships, the Chinese Wrestling Association (CWA) said.

Seregleng, a coach of the Gansu provincial wrestling team, caused an uproar at the national championships on Sunday when he pushed and shoved a referee and twice kicked the referees' desk in protest against a controversial ruling.

"He was given the ban for not following the proper appeal procedures and reckless behavior," the CWA said in a statement.

The referee who made the controversial ruling has also been banned for four years for "obvious negligence" in refereeing, added the CWA.

Yelanbek Katai, Seregleng's protege and the victim of the ruling, also faces a penalty for kicking over the referees' desk and destroying the electronic scoring screen, according to the CWA.

Yelanbek Katai was a two-time gold medalist at the 12th and 13th National Games.

The national championships also serve as the qualifiers for the 14th National Games, which are scheduled to take place in September.