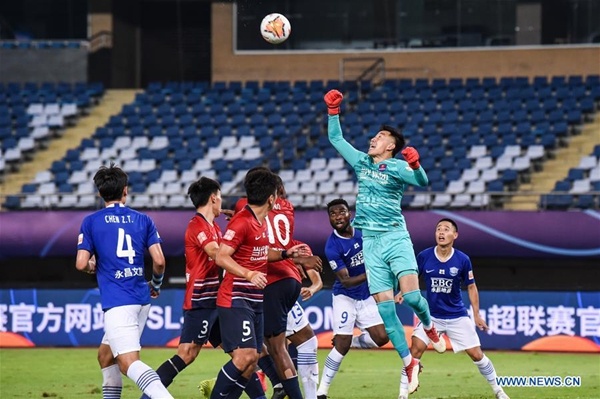 Marcelo Cirino's winning goal helped Chongqing Dangdai Lifan clinch the first victory of the season with a 1-0 win over Shijiazhuang Ever Bright in the 6th round of the Chinese Super League (CSL) on Friday night.

Shao Puliang made a key save for Ever Bright, parrying winger Feng Jing's curling shot in the 30th minute, with Lifan unable to score in an earnest but tedious midfield struggle in the first half.

Ever Bright's best chance also came from outside the box, but Matheus Leite Nascimento had his shot saved by Lifan's keeper Sui Weijie in the 56th minute.

Ever Bright defender Yang Yun provided a gift at 69 minutes, while Brazilian forward Cirino fired into the net from close range, helping Lifan seal the win.