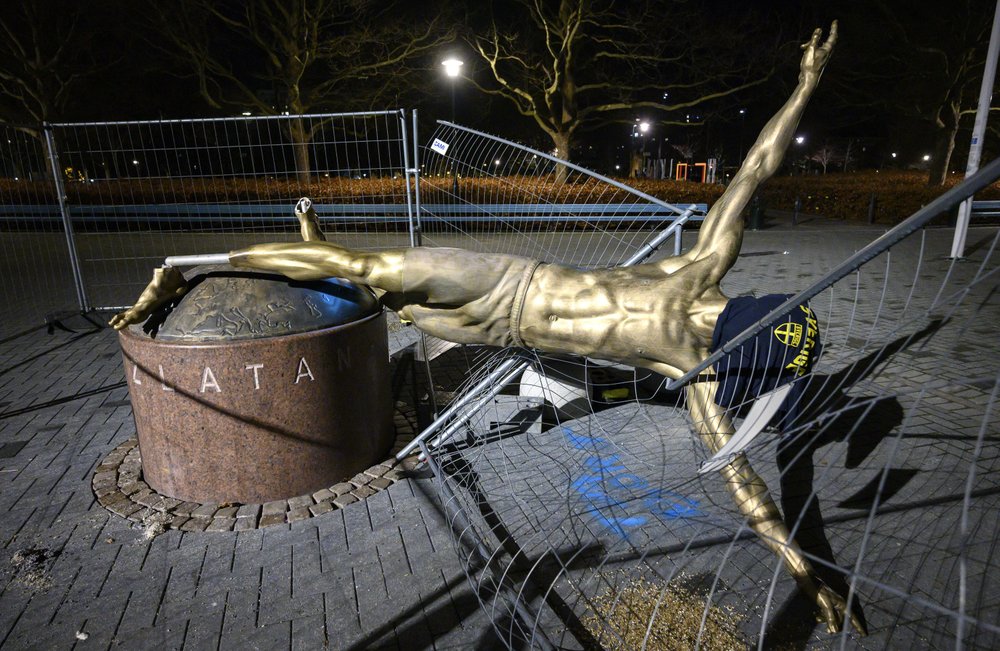 The city of Malmo has had enough of repeated acts of vandalism on soccer star Zlatan Ibrahimovic’s statue outside the local football club’s stadium and is set to move it to a new location, according to media reports.

The Sydsvenskan newspaper said Saturday that the municipal council in Sweden’s third-largest city is poised to make a decision on Monday and is seeking suggestions from top-flight team Malmo FF as to where the statue should be moved later in the year.

However, the club’s CEO Niclas Carlnen told the newspaper he wasn’t aware of the city’s plans and wouldn’t comment on the matter.

The 500-kilogram (1,100-pound) bronze statue of Ibrahimovic, who now plays for AC Milan, was unveiled in October to much fanfare outside Malmo FF’s stadium, commemorating one of Sweden’s greatest sportsmen.

The statue has been vandalized numerous times. It has been sprayed with paint and messages, been overturned and had its nose and ankles sawn off.

The vandalism began after it was revealed that Ibrahimovic had become a part-owner in Hammarby IF, a Stockholm-based club and a rival to Malmo FF.

Ibrahimovic, 38, began his career with Malmo FF in the late 1990s in the city where he was born.

The statue, excluding its red granite feet, was removed in early January for repairs and has been kept in a secret location ever since.

Fans and foes have suggested it should be relocated to Stockholm, where Ibrahimovic owns the property and where the Swedish soccer association, which commissioned the statue, is based.