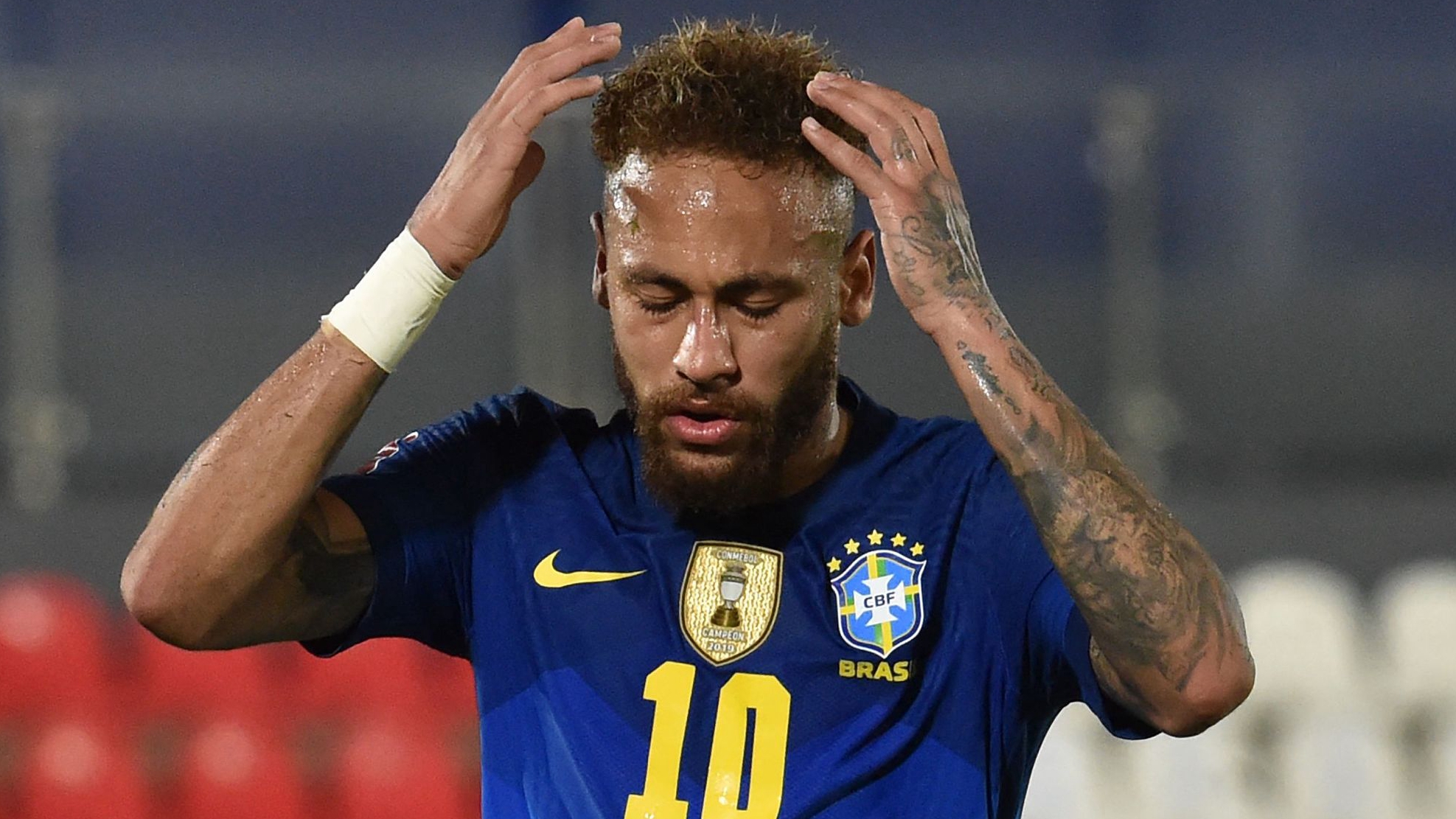 Brazil's Neymar reacts during their South American qualifier for the 2022 World Cup against Paraguay at the Defensores del Chaco Stadium in Asuncion, Paraguay, June 8, 2021. (Photo: CFP)

The Copa America is on the verge of exploding into a full-blown public relations crisis as Brazilian national team players released an official statement on Wednesday, declaring the whole squad and their head coach Tite were against the decision to switch South America's biggest football tournament to Brazil.

Argentina and Colombia were originally due to co-host the Copa America, but both gave up the hosting responsibilities due to a surge of COVID-19 cases and widespread protests.

Brazil were swiftly confirmed by CONMEBOL, the South American Football Confederation, as last-minute hosts. But according to multiple news reports, Brazilian players have expressed their discontent at not being consulted beforehand about the decision as well as the possible public health threat, with some reportedly reluctant to play. 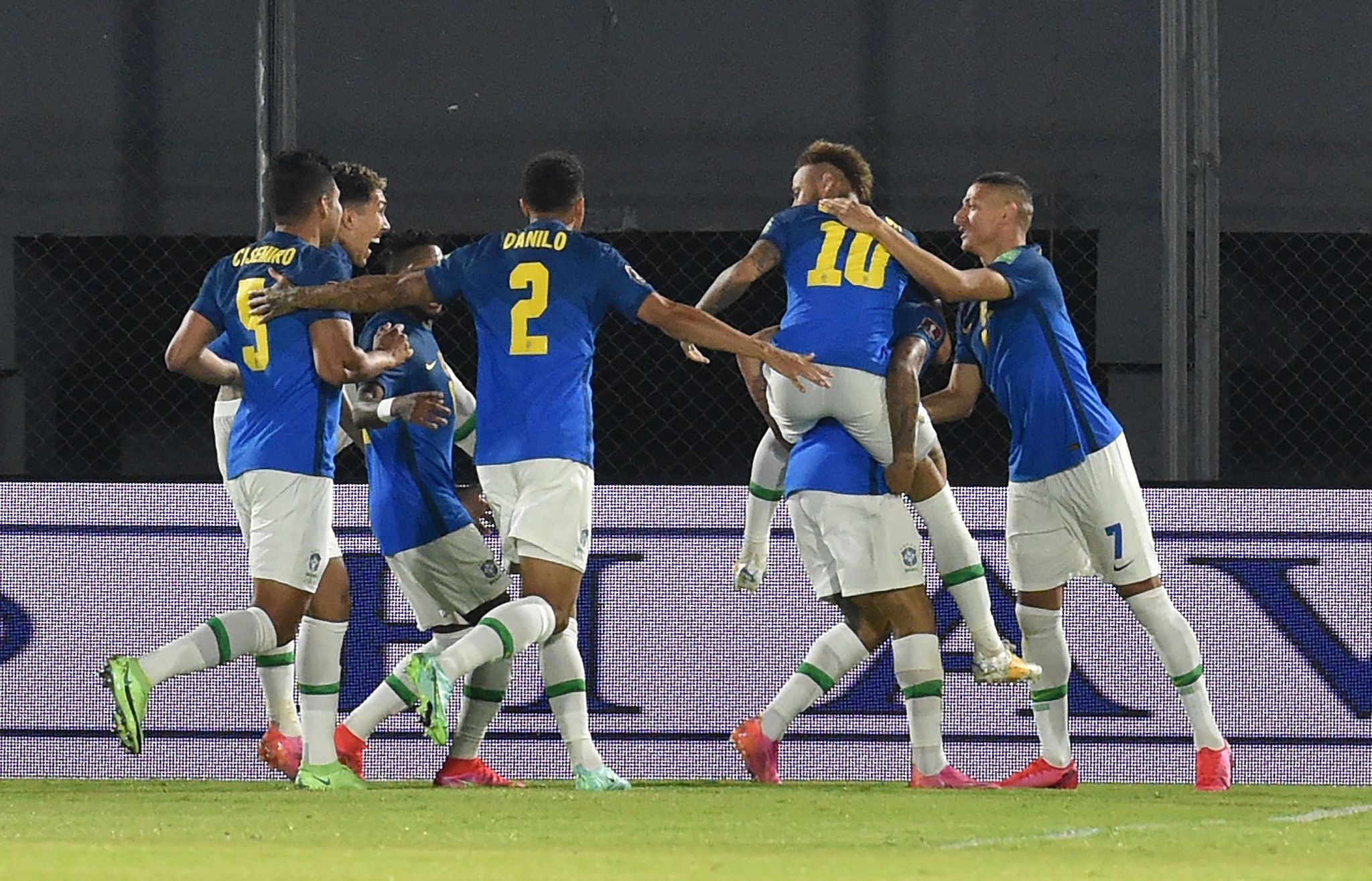 "When a Brazilian is born, a fan is born," read the statement. "And for more than 200 million fans we write this letter to air our opinion about the Copa America outcome.

"We are a cohesive group, but with different ideas. For many reasons, humanitarian or professional, we are not satisfied with the conduct shown by CONMEBOL relating to Copa America. All recent facts lead us to believe there has been an inadequate process.

"It is important to emphasize that at no time did we want to make this a political discussion. We are aware of the importance of our position – we follow what is published by the media, we are present on social media. We also try to avoid false news bearing our names being circulated without the true facts."

Despite the concerns over the rising cases and deaths related to COVID-19 over the past week, Brazilian players insisted that they had never considered boycotting the tournament.

"We remember that we are workers, football professionals. We have a mission to achieve wearing the historic yellow and green jersey of the five-time world champions. We are against the organization of Copa America, but we will never say no to the Brazilian national team," the statement concluded. 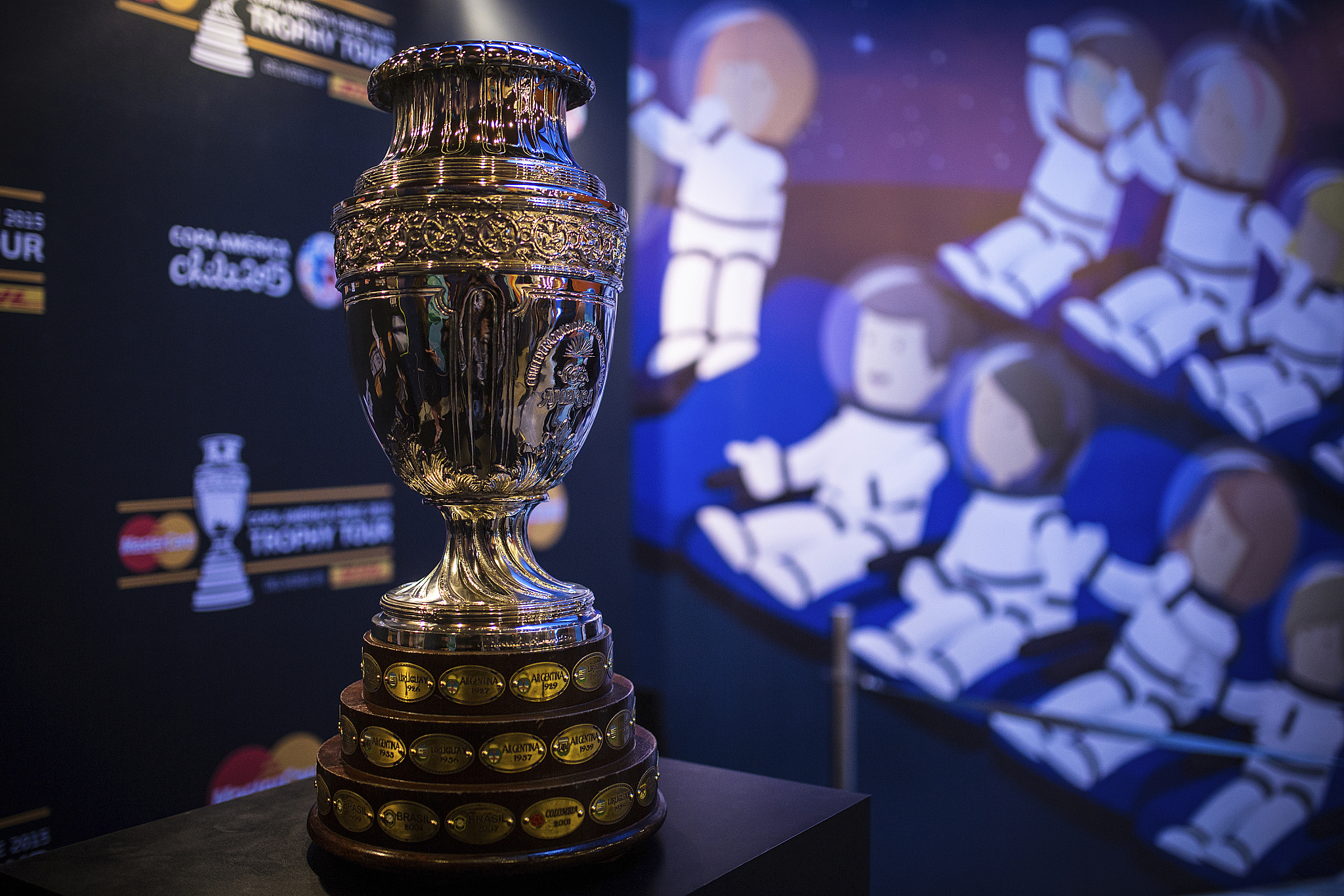 Later in the day, Tite unveiled his squad for the tournament, led by Paris Saint-Germain superstar Neymar. Most of the squad is identical to the one called up for the latest rounds of South American World Cup qualifiers.

Earlier this week, health minister Marcelo Queiroga defended Brazil as hosts of Copa America before a Senate inquiry on the federal government's handling of pandemic response.

"With no attendance in the stadia we will not have the risk of gatherings and bigger contagion,'' Queiroga said. "The risk for a person to contract COVID-19 will be the same with the matches on or without them. I am not saying there will be no risks; I am saying there is no additional risk.''

According to ESPN Brasil, Brazil's top court has scheduled an emergency session for Thursday to decide whether Copa America should be allowed to kick off on Sunday. Chief Justice Luiz Fux was quoted as saying on Tuesday that a special Supreme Court session had been scheduled so that he and 10 other justices could cast their votes electronically.

The case was brought by the Brazilian Socialist Party and a trade union, who argue that Brazil should not hold international sporting events during a pandemic as the country has recorded more than 476,000 deaths from COVID-19.