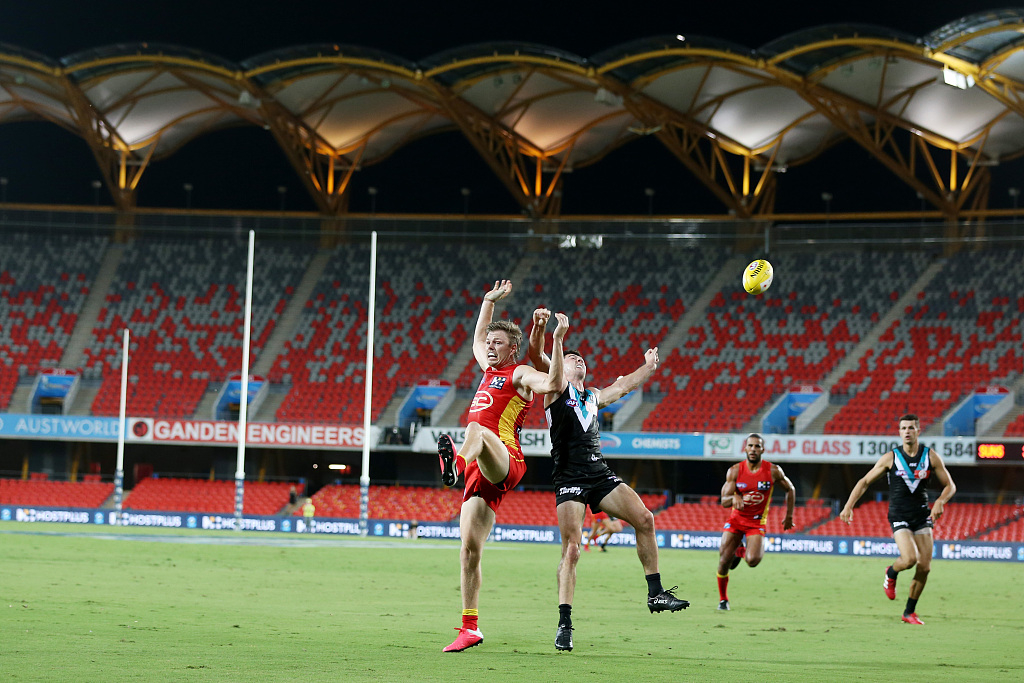 The AFL match between the Gold Coast Suns and the Port Adelaide Power is played without spectators at the Metricon Stadium in Gold Coast, Queensland, Australia, March 21, 2020. (Photo: VCG)

Only hours after the Australian government called for its citizens to cancel all non-essential travel, the Australian Football League (AFL) announced it was postponing its seasons until May 31.

The AFL announced Sunday it would suspend the season, both men's and women's matches, as a result of the continuing spread of the COVID-19 pandemic.

Australia's various football leagues were among the few remaining professional sports playing on across the globe in its attempts to halt the spread of the virus.

The government's recommendation against non-essential interstate travel, and some states closing borders, prompted the AFL's suspension. The first round started last Thursday and was being played out across the weekend.

McLachlan added the AFL was prepared to complete its season with the remaining 144 games plus finals as late as possible this year. 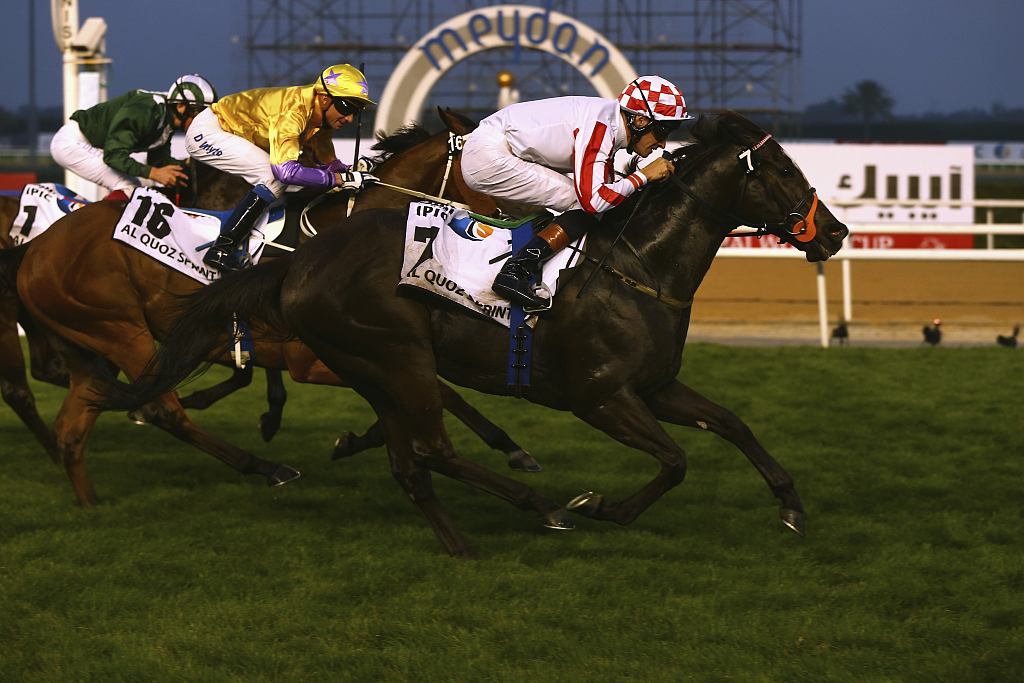 Another big sport event hit by the COVID-19 pandemic is the Dubai World Cup, which was set to take place on March 28 at the emirate's Meydan Racecourse without spectators.

The 12-million-U.S.-dollar horse race will be postponed until next year, according to an announcement from the Dubai Media Office.

It had been the world's richest horse race until this year, surpassed by the Saudi Cup, with a prize of 20 million U.S. dollars.