Former Argentina striker Hernan Crespo has left his role as coach of Defensa y Justicia after leading the club to the Copa Sudamericana title last month. 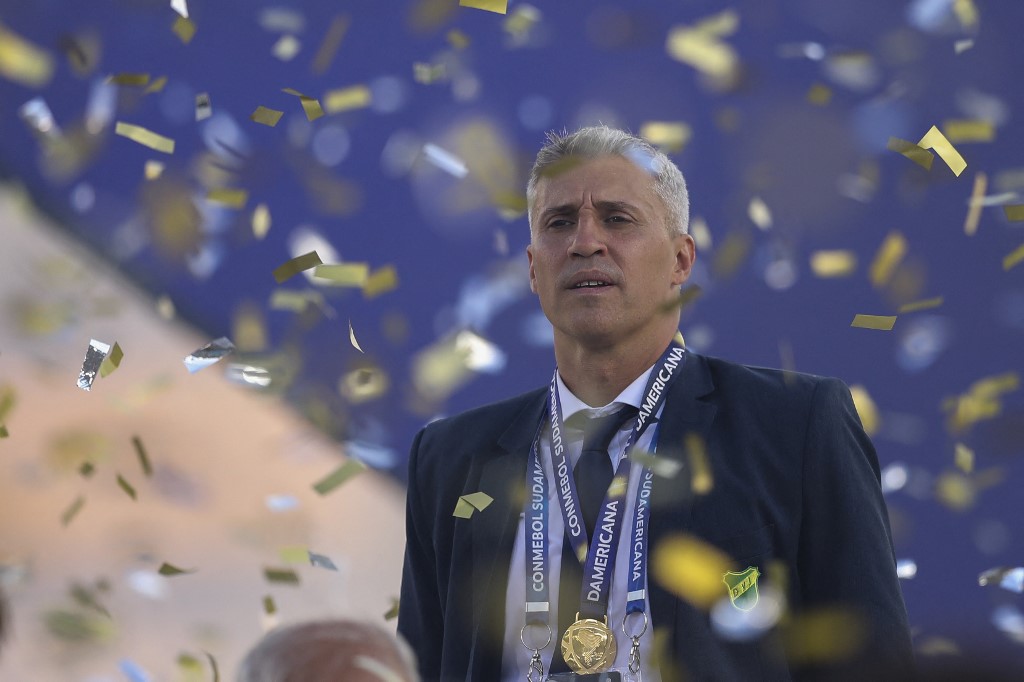 The 45-year-old Crespo has reportedly received a number of managerial offers, including one to take charge of Chile's national team for 2022 World Cup qualifying and the Copa America this year.

"I want to tell you I'm leaving, with my support staff, Defensa y Justicia, grateful for the respectful welcome, the affection and confidence in our work," Crespo wrote on his Instagram account.

Defensa, a club from the Buenos Aires suburbs, beat Argentine rivals Lanus 3-0 in the final of the Copa Sudamericana, the South American equivalent of the UEFA Europa League.

Crespo spent much of his career playing in Italy with Parma, Lazio and Inter Milan. He also had a spell at AC Milan on loan following his move to Chelsea in 2003.