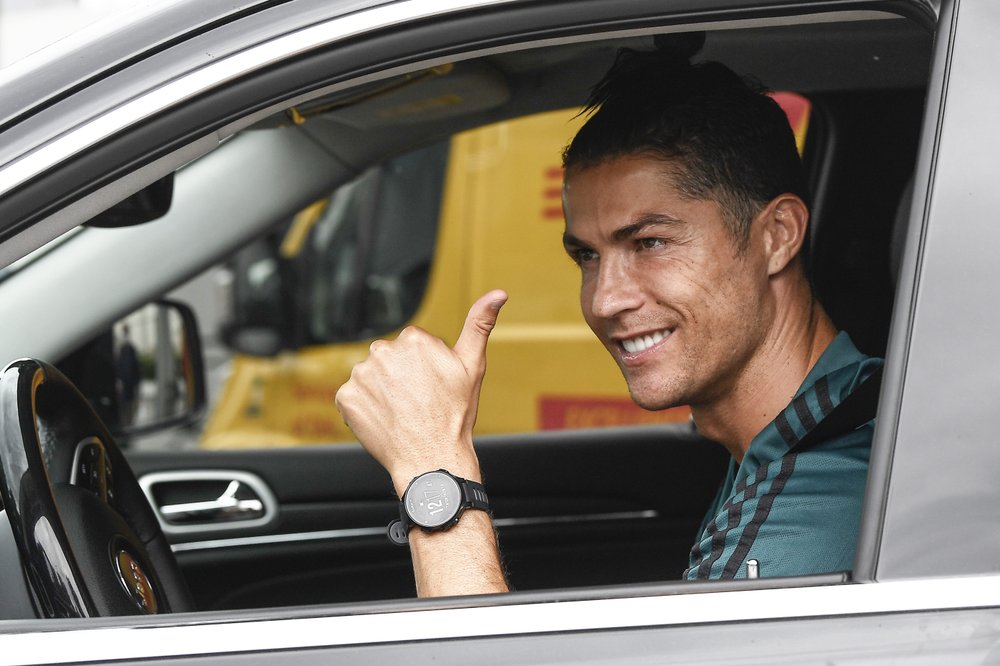 Cristiano Ronaldo reported to Juventus’ training center for medical tests on Tuesday after a 10-week absence and gave the media a thumbs up when he left three hours later.

The five-time Ballon d’Or winner observed a two-week isolation period at his home in Turin after spending the lockdown in his native Portugal.

He has not been alongside his teammates since helping the Serie A leaders beat Inter Milan 2-0 on March 8, after which he flew to his home island of Madeira, Portugal.

Serie A was suspended a day later when the Italian government ordered a nationwide lockdown. The league is hoping to resume on June 13 if it can reach an agreement with the government, which has banned sports events until June 14.

Outside the training center in Turin, journalists and photographers plus some fans were on hand when Ronaldo arrived alone driving a Jeep. He was the first of several Juventus players who left Italy during the lockdown to report back to the team.

When he left the facility, Ronaldo rolled his window down, smiled for reporters and photographers and gave a thumbs up.

Like all Serie A players, Ronaldo was tested for the coronavirus and underwent other physical exams. While Juventus did not release the results of the tests, the club posted images on its website of Ronaldo training individually.

Ronaldo was in top form before the lockdown, scoring 21 times in 22 Serie A matches. In his penultimate game before the suspension, Ronaldo marked his 1,000th official match by scoring in his 11th straight Serie A game. That matched the Serie A record set by Gabriel Batistuta in 1994 and equaled by Fabio Quagliarella last season.

In his second season at Juventus, Ronaldo is on course to win a second straight Serie A title. The Bianconeri lead Lazio by one point.

In the Champions League, Juventus needs to overturn a 1-0 first-leg deficit to Lyon in the round of 16.

In the Italian Cup semifinals, Juventus drew with AC Milan 1-1 in the first leg courtesy of an injury-time penalty from Ronaldo.

Ronaldo shared details of his home workouts on social media during the lockdown. Six days ago, he posted a video on Instagram of him kicking a ball back and forth with his son at home.