Croatian President Zoran Milanovic on Thursday wished success to the Beijing Winter Olympics as he received the credentials of China's new ambassador. 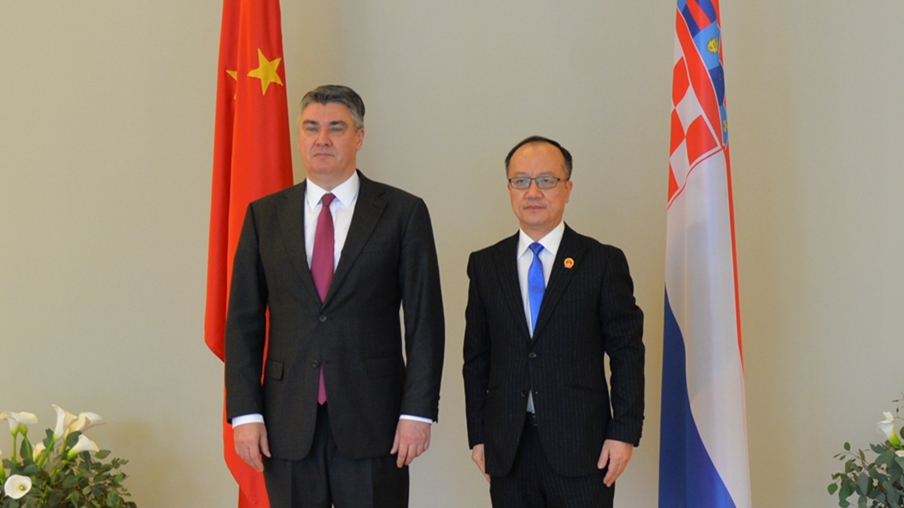 Milanovic also said that Croatia adheres to the one-China principle and respects the Chinese concerns over national sovereignty, security and reunification.

The southeastern European country stands ready to improve high-level exchanges and boost cooperation in various fields with China, he added.

Ambassador Qi Qianjin, who assumed the role after arriving in Zagreb, Croatia's capital, last month, hailed the cooperation and exchanges between the two countries and expected more to come.

Qi also spoke highly of bilateral cooperation under the Belt and Road Initiative and via mechanisms between China and Central and Eastern European countries (CEECs).

2022 marks the 30th anniversary of the establishment of diplomatic relations between China and Croatia.