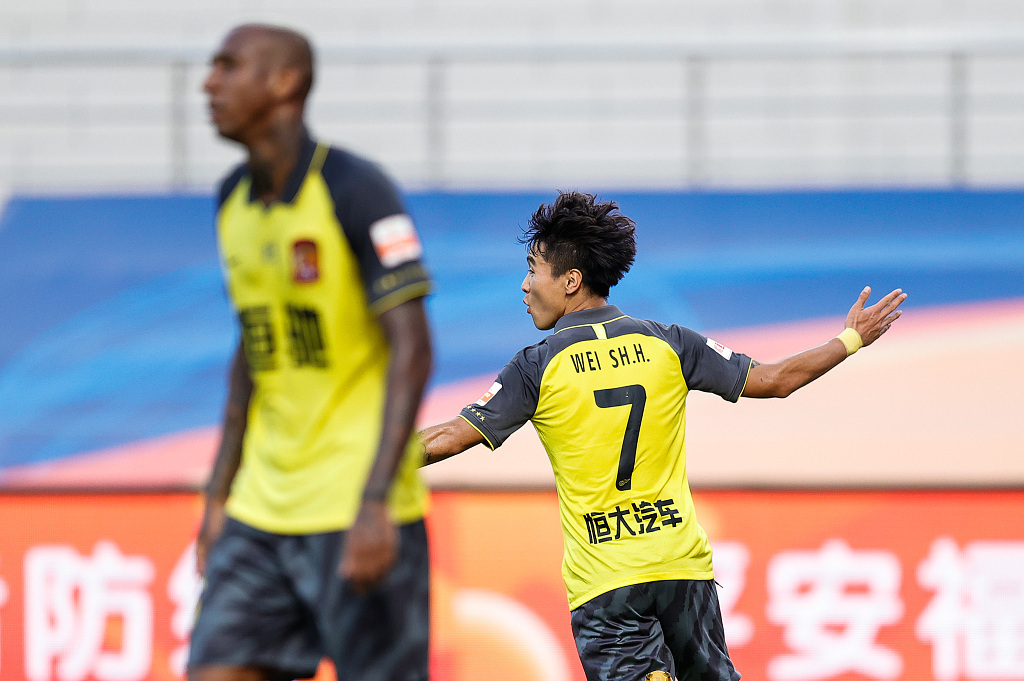 Wei Shihao (R) of the Guangzhou Evergrande scores the opening goal against the Shenzhen F.C. during the CSL match in Dalian, northeast China, August 4, 2020. (Photos: VCG)

As both teams from south China's Guangdong Province, the Guangzhou Evergrande defeated the Shenzhen Football Club (F.C.) 3-1 during their Guangdong derby held behind closed doors in Dalian, northeast China's Liaoning Province, on Tuesday.

Guangzhou Evergrade became the first team in the Chinese Super League (CSL) to celebrate their triple win at the season.

Guangzhou Evergrande showed their powerhouse from the beginning as they bagged two goals in the first half. 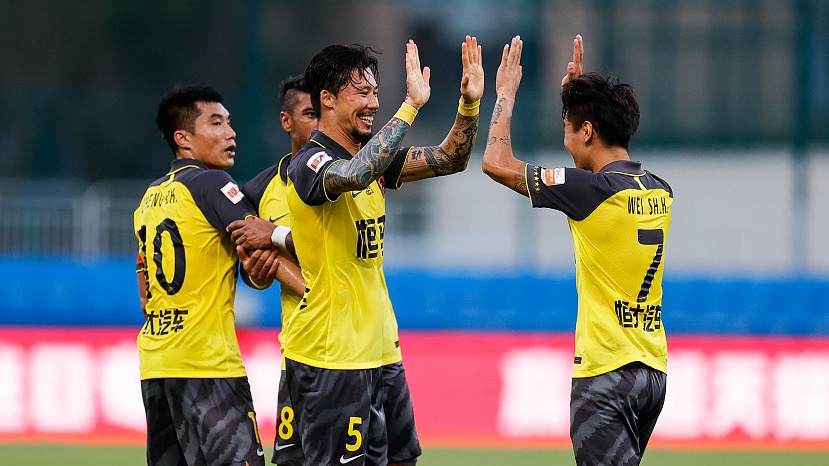 Wei Shihao (R) and Zhang Linpeng (C) celebrate after their two goals for the Guangzhou Evergrande against Shenzhen F.C. during the CSL match in Dalian, northeast China, August 4, 2020.

Wei Shihao scored the opening goal for Evergrande in the 28th minute and Zhang Linpeng added another ten minutes later.

In the second half, Cameroonian striker John Mary pulled one back for Shenzhen in the 53rd minute.

Evergrande's Brazilian midfielder Paulinho secured their 3-1 victory against Shenzhen as he added the third in the 81st minute.