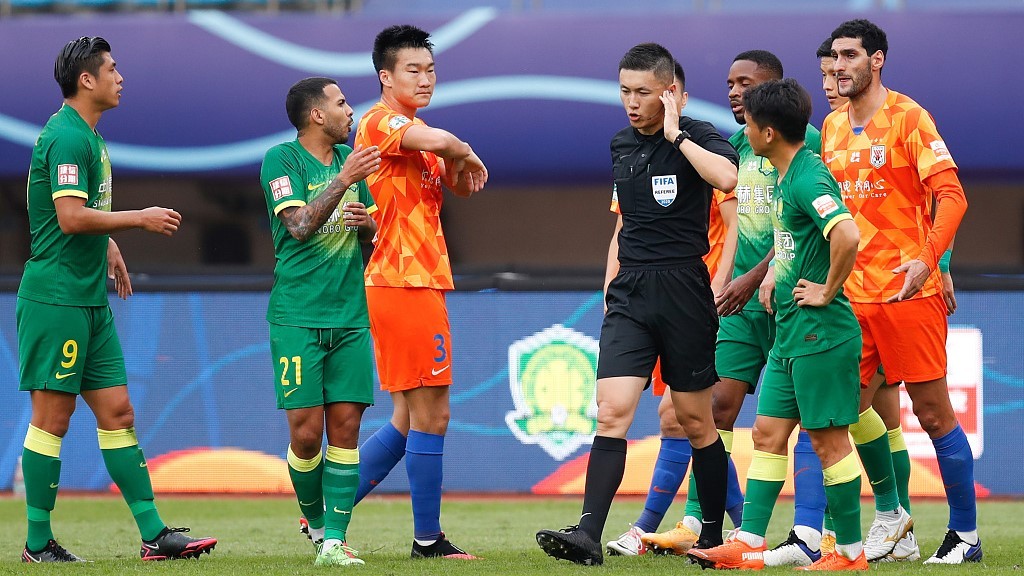 The competition between Beijing Guoan and Shandong Luneng in the championship group ended 2-2 on Saturday. Though the game was very eye-catching, the process was far from pretty.

Shandong struck first. In the 24th minute, Hao Junmin passed the ball into Beijing's bow via a free kick. Cédric Bakambu touched the ball with his arm when he was competing for a header with Marouane Fellaini. The referee called it a penalty kick, which was made by Graziano Pellè to help Shandong lead 1-0. 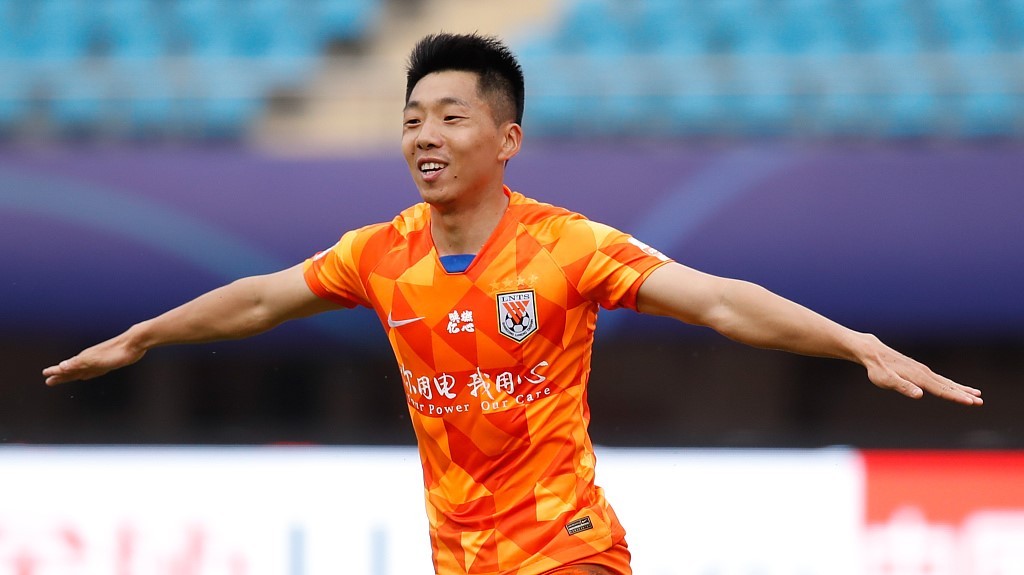 Jin Jingdao of Shandong Luneng Taishan celebrates after scoring a goal in the CSL game against Beijing Sinobo Guoan in Suzhou, October 17, 2020. /VCG

In the 36th minute, Hao drove another charge after intercepting the ball in Beijing's half. He broke into Beijing's goal area after a series of quick passes with Pelle and Róger Guedes. Having drawn the most attention of Beijing's defenders, Hao passed the ball to Jin Jingdao, who made it 2-0 for Shandong.

Beijing received a penalty too in the 49th minute after Bakambu fell in the box. However, judging by replay, no one touched him at all when he was competing for the ball with Shandong's goalkeeper Wang Dalei. Bakambu made the penalty himself. 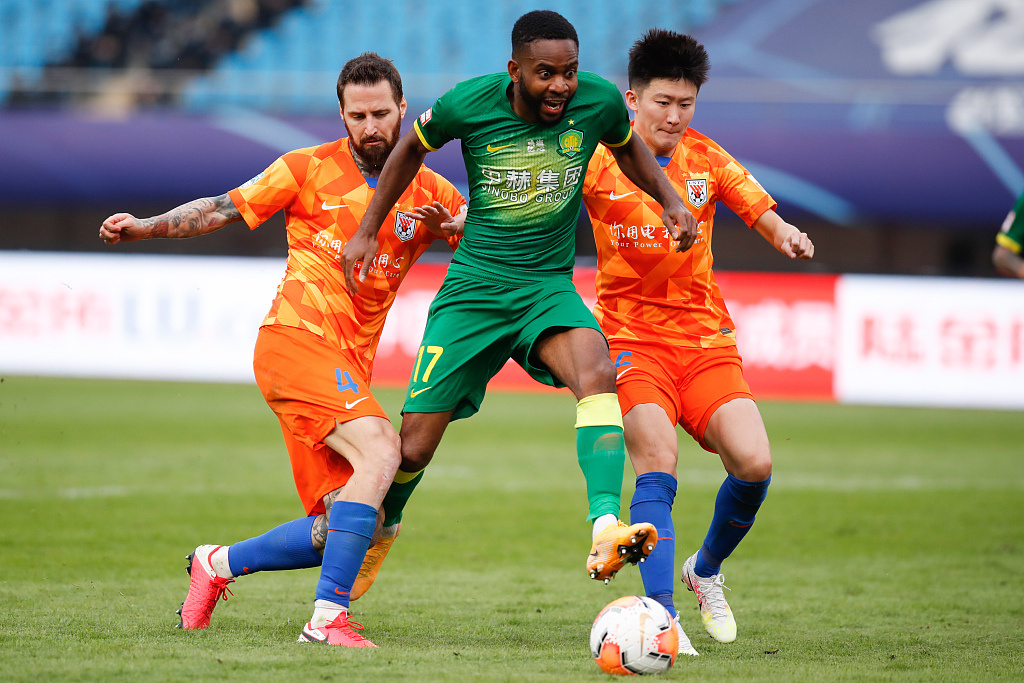 Cédric Bakambu #17 of Beijing Sinobo Guoan penetrates through the defense in the CSL game against Shandong Luneng Taishan in Suzhou, October 17, 2020. /VCG

Then in the 69th minute, Bakambu scored his second goal of the game by heading Li Lei's cross into the net. The game ended in a draw, but Shandong's players were not happy about the process's result. The foul on Bakambu was not the only thing that upset Shandong. At least three referee calls against them in the second half did not make sense to the team.

"Is this how you want to play it? Not cool," posted Hao on Weibo after the game.

"Is he (the referee) a terrible referee, or does he have bad intentions?" commented Jin.

According to Shandong's team reporter, they will file a complaint to the Chinese Football Association.

In the other game on Saturday, Shijiazhuang Ever Bright came back to defeat Dalian Professional 2-1.