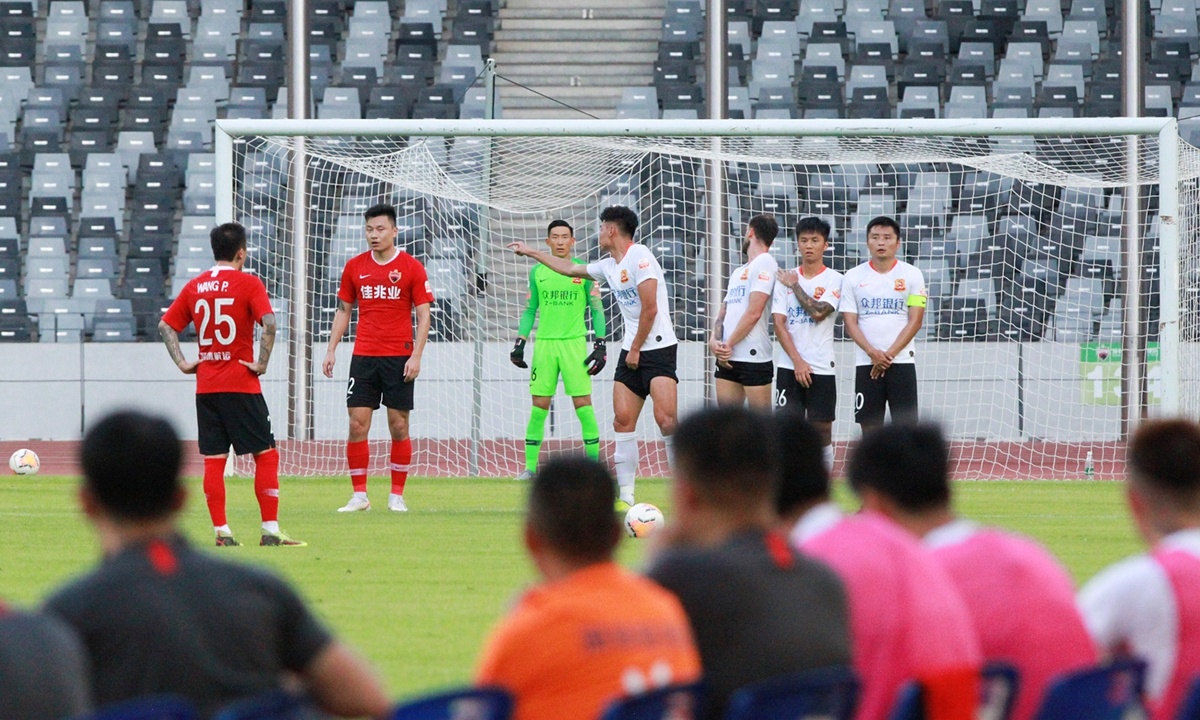 A friendly between Shenzhen FC and Wuhan Zall is held in Shenzhen on July 5. (Photo: VCG)

The Chinese Super League's (CSL) 16 teams will be divided into two groups that will compete in round-robin tournaments in two separate cities as the postponed 2020 season finally gets underway, the Chinese Football Association (CFA) announced on Wednesday.

Over in Suzhou, East China's Jiangsu Province, the runners-up of the 2019 season, Beijing Guoan, will take on 2018 champions Shanghai SIPG as well as Wuhan Zall, Tianjin Teda, Chongqing Lifan, Hebei China Fortune and the newly promoted teams Qingdao Huanghai and Shijiazhuang Ever Bright.

The first phase of the season will run from July 25 to September 28, with the top four finishers of each group moving on to phase two, which is expected to consist of knockout games.

In general, players will be limited to three areas: the competition venue, training grounds and their hotels.

Substitutes on the benches are not required to wear masks, while players who are not featured in a game's squad have to wear masks while watching from the stands. 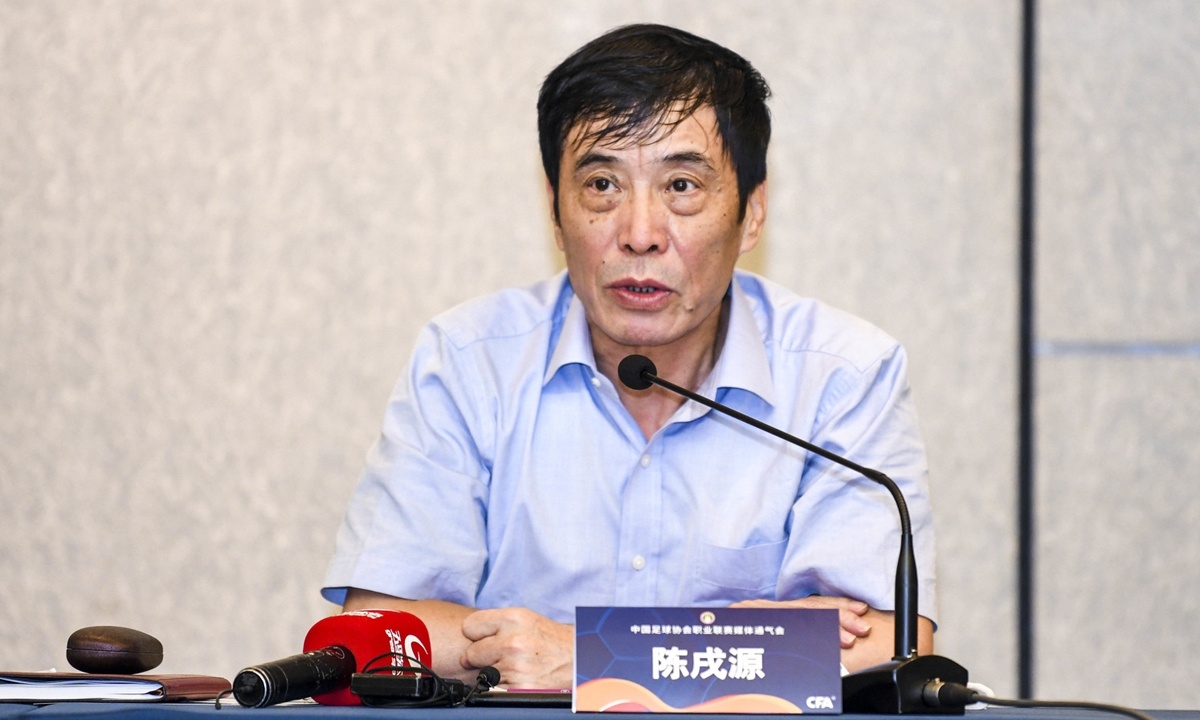 All organizing committee officials and journalists will also have to undergo nucleic acid testing before attending the games.

Wuhan Zall, a team based in Wuhan, Central China's Hubei Province - where the novel coronavirus first emerged in China - will compete in the opening game of the season, the CFA said, though their opponents are yet to be confirmed.

While the games will be held behind closed doors, football fans tuning in from home can expect to see giant tifos in the stands alongside virtual fans added to the broadcast using CGI to add to the atmosphere of the games.

It was previously speculated that the relegation will be canceled this season. The two-team relegation rules for the season will be adjusted to 1.5 teams, as the CFA hopes the relegation battle will ensure the games' quality does not drop.