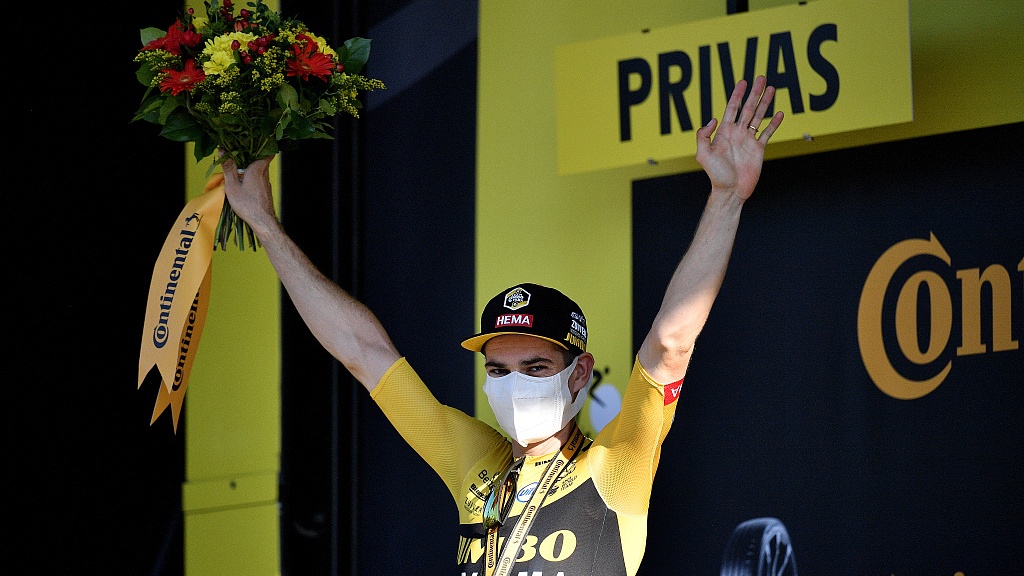 Frenchman Julian Alaphilippe lost the overall lead in the Tour de France to Briton Adam Yates after being handed a 20-second penalty for illegal feeding at the end of stage five, won by Belgian Wouth van Aert on Wednesday.

Belgian Wout Van Aert was fastest in the sprint at the end of the 183-kilometer ride from Gap, Dutchman Cees Bol was second and Sam Bennett took third place to become the first Irishman to wear the green jersey for the points classification since Sean Kelly 31 years ago.

Alaphilippe had led Yates by four seconds when the race was finished and looked to have retained the yellow jersey, but television footage showed him taking a bottle from a Deceuninck-Quick Step team support member with 17.8 kilometers to go – under the rules of cycling's world governing body UCI, riders are not allowed to take on food or drink in the final 20 kilometers of a race.

It was a bizarre way for the Frenchman to lose the jersey, which he had kept for three days after winning stage two. 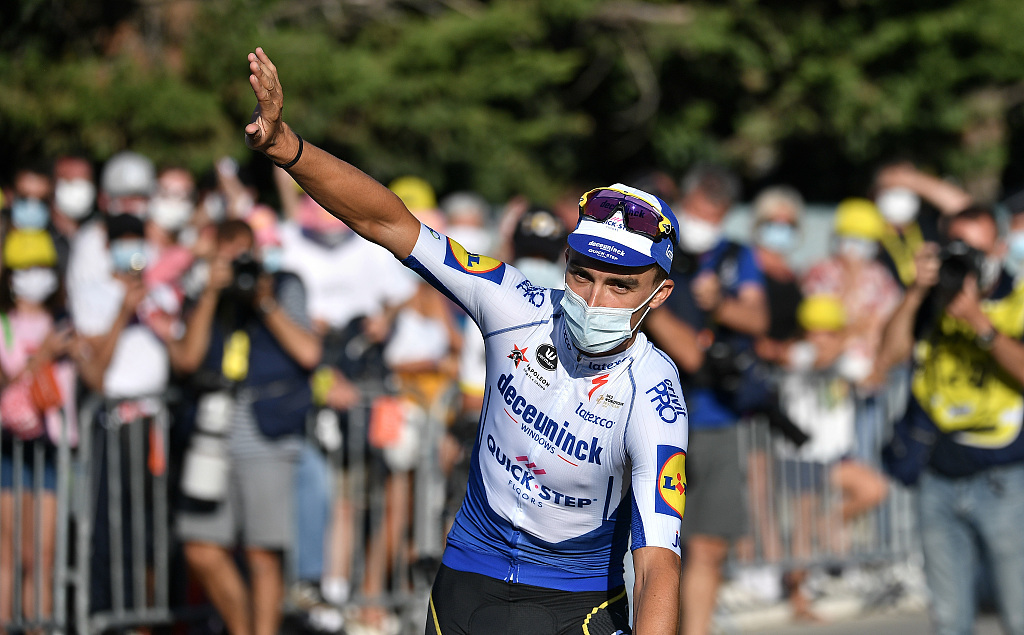 "I didn't realize at all that it was unauthorized," Alaphilippe said. "But if that's how it is, then no worries. I'll pick myself up again and we'll forget about it."

The 28-year-old is now 16th in the overall rankings, 16 seconds behind new leader Yates.

Deceuninck–Quick-Step sports director Tom Steels explained later that the team assistant had been unable to position himself just before the 20-kilometer mark because it was too dangerous.

"It's a pity to lose the yellow jersey like this," Steels said. "We know about the 20km rule, but today there were also some special circumstances... it was the only spot we could still give the bottle. "

"But we made a mistake, nothing to do about it. Julian was disappointed of course because he didn’t do anything wrong."

On Yates part, he said: "This is not the way I'd imagined taking the yellow jersey…I was looking to take the jersey on stage six anyway so I'll go in with the same tactic - try to win the stage and see what happens."

Thursday's sixth stage is a 191-kilometer trek from Le Teil to a tough climbing finish on Mont Aigoual.