SPORTS Cyclist Jakobsen out of coma, in good condition after crash

Cyclist Jakobsen out of coma, in good condition after crash 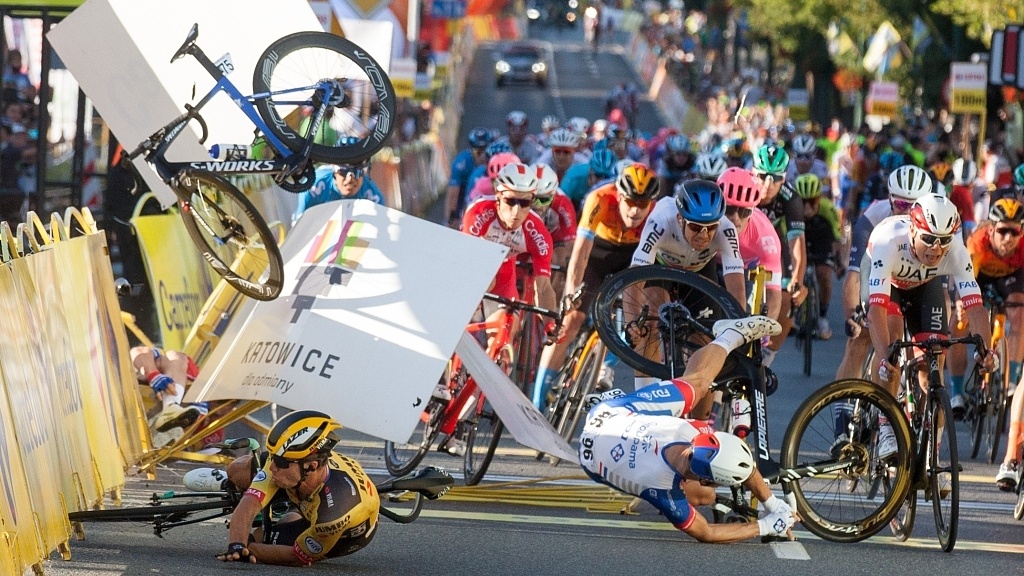 A tragic collision on the final stretch of the opening stage of the Tour de Pologne race in Katowice, Poland, August 5, 2020. (Photos: VCG)

Dutch cyclist Fabio Jakobsen has awoken from a medically-induced coma following a horrific crash in the Tour of Poland and is now in "good" condition, race organizers said on Friday.

The 23-year-old rising star, who rides for the Deceuninck-Quick Step team, was trying to jostle into position with competitor Dylan Groenewegen in the final meters of the race, but the pair collided and Jakobsen crashed into the barriers, hitting a race official.

"We have good news from the hospital in Sosnowiec! Fabio Jakobsen is awake now from the coma. Condition is 'good'," the Tour of Poland said on Twitter.

The hospital in southern Poland said that Jakobsen will have to go through a long rehabilitation process, but his condition is good and he does not show any neurological symptoms. 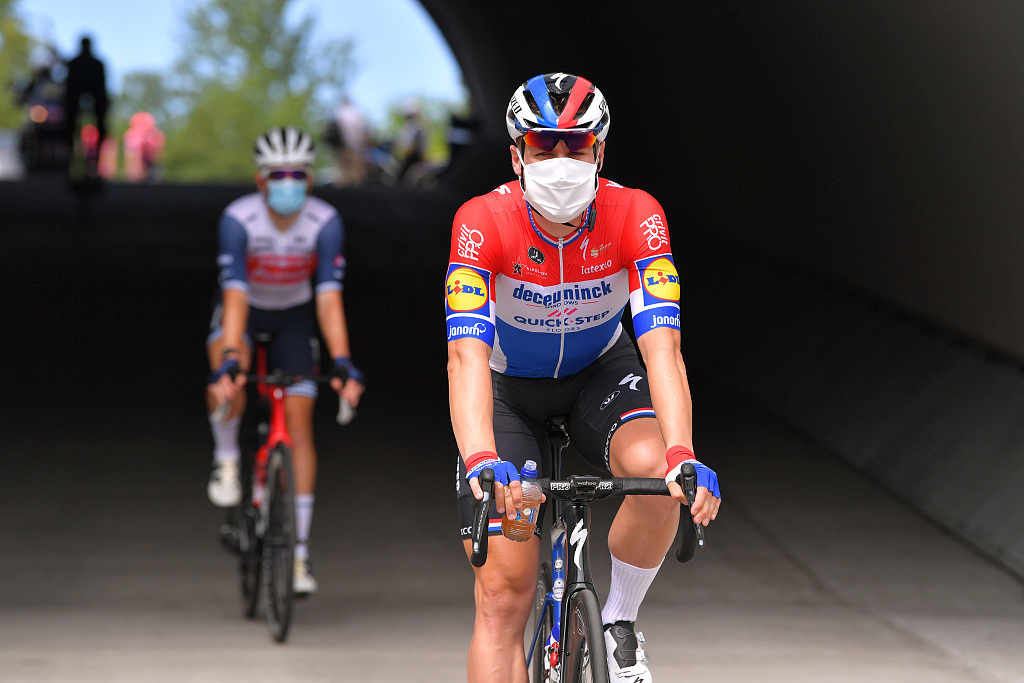 Fabio Jakobsen of The Netherlands and Team Deceuninck - Quick-Step during the Tour de Pologne race in Katowice, Poland, August 5, 2020.

"The patient is conscious, follows orders, is disconnected from the ventilator, so he is breathing alone," the hospital's director told a news conference.

On Friday, Groenewegen apologized for his actions.

The Katowice prosecutor's office has opened an investigation into the accident.

Police have also gathered records of the crash, along with the bikes of the injured riders.