SPORTS Delayed CSL season to kick off on July 25

Delayed CSL season to kick off on July 25 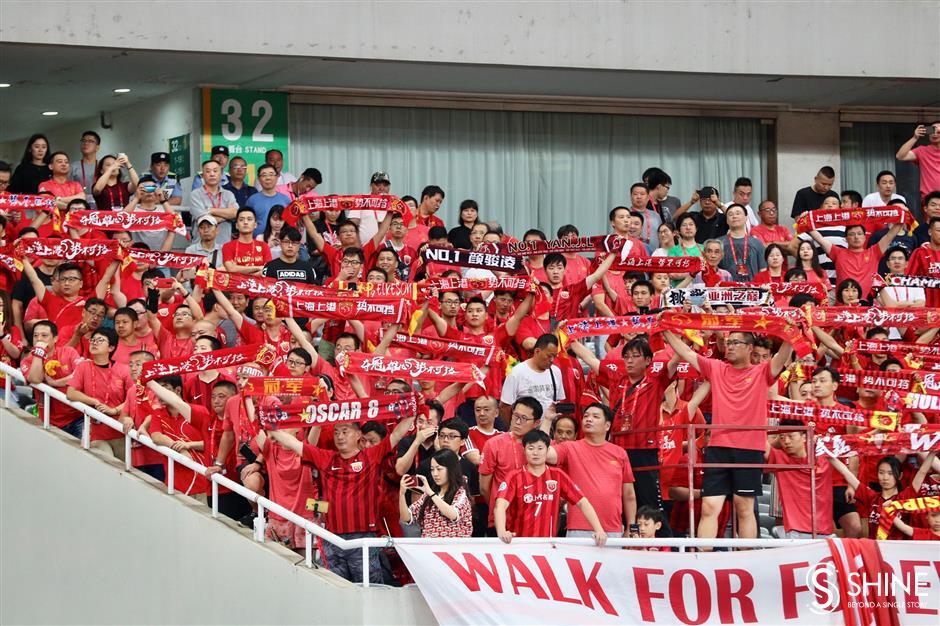 Shanghai SIPG fans are seen during a Chinese Super League match in this file photo from 2019. The 2020 CSL season will kick off on July 25, the Chinese Football Association announced on Wednesday.

The 2020 Chinese Super League will kick off on July 25 in the two cities of Suzhou in Jiangsu Province, and Dalian in northeast Liaoning Province, the Chinese Football Association announced on Wednesday.

After a nearly five-month wait caused by the novel coronavirus pandemic, the 16 CSL teams are all geared up for the new season, which had been originally due to kick off in February. They will be divided into two groups for matches in Suzhou and Dalian. Leading teams of each group will advance to the next stage and battle for the championship. Other teams will also compete against each other to decide the final ranking.

The CFA is yet to announce more regulation details for the new season under the new competition format, including match schedules, substitution rules and restriction on the use of foreign players.

Some CSL teams revealed that they have already received a notice from the CFA to reach their host city one week in advance. According to a preliminary plan, the 2019 CFA Cup winner Shanghai Greenland Shenhua will join CSL defending champion Guangzhou Evergrande in Group A for group-stage matches in Dalian. Other teams in the group are Jiangsu Suning, Shandong Luneng, Henan Jianye, Dalian Pro, Guangzhou R&F and Shenzhen FC.

It's most likely that group stage matches will be held without spectators. The CFA will decide later whether to allow spectators in the latter stages of the season.

The CFA said on its official website that the league would "strictly abide by the requirements of national epidemic prevention work."

It has been reported that group-stage competitions will be completed by the end of September, and matches will be held in the evenings to avoid the summer heat, which is yet to be confirmed by the CFA.

The CFA also has to decide on the relegation rules for the 2020 season, as well as restrictions on the use of foreign players.

Evergrande, SIPG, Dalian and Shijiazhuang are the only four teams with a complete squad — all their foreign players and coaches are already back in China. But it's another story for teams like Beijing and Chongqing, as they are still missing four and five foreign players, respectively.