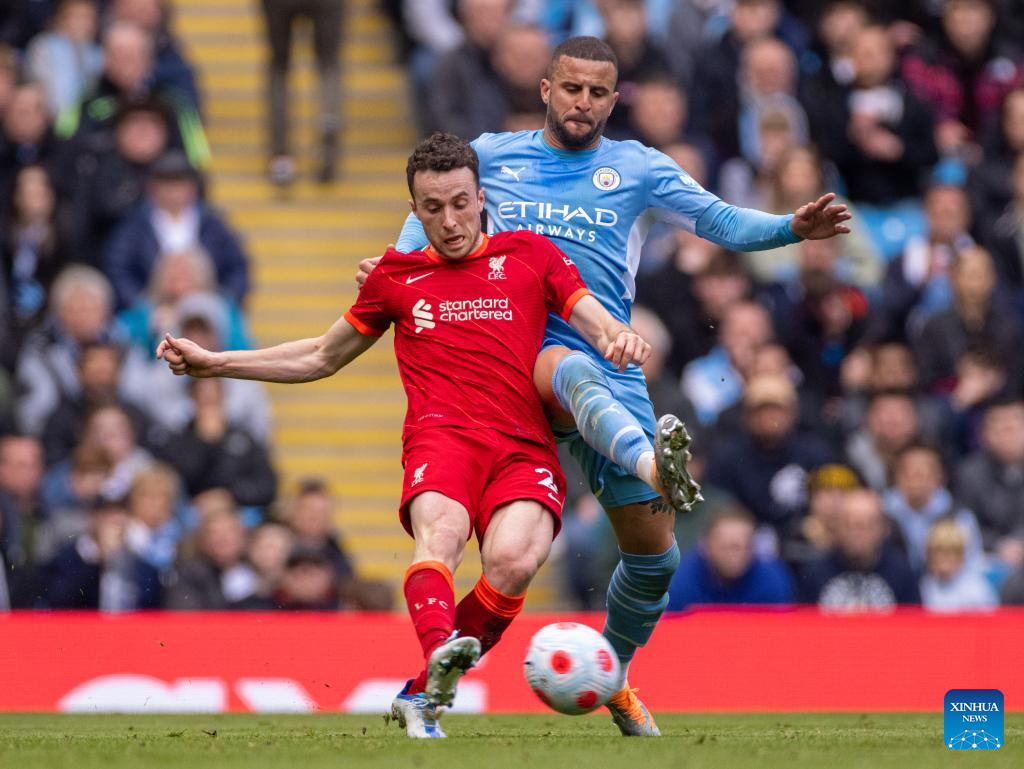 Liverpool's Diogo Jota (L) is challenged by Manchester City's Kyle Walker during the English Premier League match between Manchester City and Liverpool in Manchester, Britain, on April 10, 2022. The game ended in a 2-2 draw. (Xinhua)

Liverpool's 25-year-old Portuguese international forward Diogo Jota has committed his future to the club by penning a new deal until the end of June 2027.

The forward, who has scored 34 goals in 85 appearances since signing from Wolverhampton two years ago, joins Mohamed Salah in signing a new contract following Sadio Mane's departure to Bayern Munich earlier in the summer.

"I'm very proud. Obviously since I arrived two years ago I established myself as an important player in this team - that's what I wanted from the beginning," said Jota, who is currently sidelined with a hamstring injury.

He said the new contract was "proof" of the club's "believe in me as a player," adding that it was "really good to establish I'll be here for a while," and assure his long-term future.

The forward confirmed he would miss Liverpool's Premier League opener against Fulham and that he would probably miss "a few more weeks," with his hamstring issue.

Elsewhere, Newcastle United have made a second offer in an attempt to sign Leicester City's attacking midfielder James Maddison, while Chelsea now look to be the favorites to get Brighton's Spanish wingback Marc Cucurella.