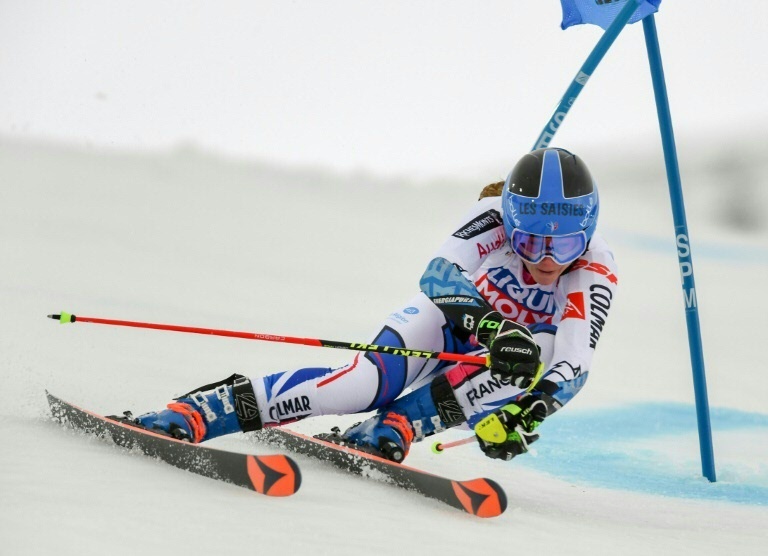 The 24-year-old edged Austria's Elisa Moerzinger by 0.22sec in the final, with Italy's Marta Bassino finishing third in the Italian Alps.

It was also a first podium for the French skier whose previous best had been a seventh-place finish in the slalom at Lienz, Austria, in December.

"What a day! It's unbelievable, I didn't expect it," said the skier from the French Alps.

"I didn't know I could be capable of something in parallel GS because it's my first.

Her only previous win had been a gold medal in the giant slalom at the 2012 Winter Youth Olympics in Innsbruck.

"(Winning) brings confidence and with confidence you can take more risks when we ski and then we go faster," she said of Sunday's victory.

"I do hope it will help me for my giant slalom."

Shiffrin extended her lead in the overall World Cup standings to 249 points ahead of Vlhova, with Brignone 11 points further back in third.