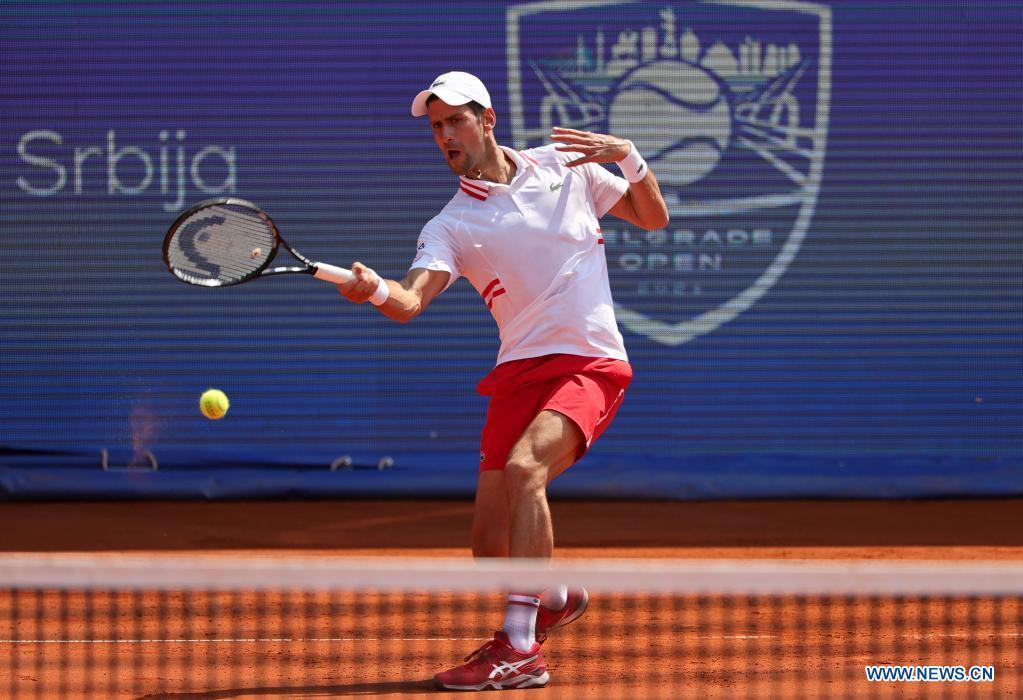 Serbia's Novak Djokovic returns to Germany's Mats Moraing during their ATP 250 Belgrade Open round of 16 singles tennis match in Belgrade, Serbia on May 25, 2021. (Photo: Xinhua)

Novak Djokovic handed 13-time champion Rafael Nadal only his third defeat in 16 years and 108 matches at the French Open on Friday to reach his sixth Roland Garros final in an epic showdown which even beat the country's Covid-19 curfew.

Djokovic, the 2016 champion in Paris who had also beaten Nadal at the 2015 tournament, will face Stefanos Tsitsipas in Sunday's final in what will be his 29th championship match at the Slams.